120 Families from Konik camp in Montenegro move into new homes

Podgorica, 15 November 2017 – A ceremony was organised today in Konik, Montenegro, to hand over RHP-financed apartments to 120 most vulnerable families from the Konik Camp. The Konik Camp, located next to the city of Podgorica, is the largest refugee camp in the Balkans, settled by Roma who left Kosovo after the conflict in 1999 and came to Montenegro.

To resolve the housing issues of this very vulnerable population group, the European Union has already provided financing for 48 apartments in 2015, through “Instrument for Pre-Accession Assistance” (IPA) funds. The 120 apartments handed over today are financed by the Regional Housing Programme, to be completed by a further 51 apartments which will be handed over in autumn 2018. These efforts should make possible the closure of the camp in late 2018.

In addition to housing provision, over the years, the Montenegrin Government – with the support of the European Union and international organisations – has also taken measures to improve access to education, employment and social integration for the Camp’s residents. 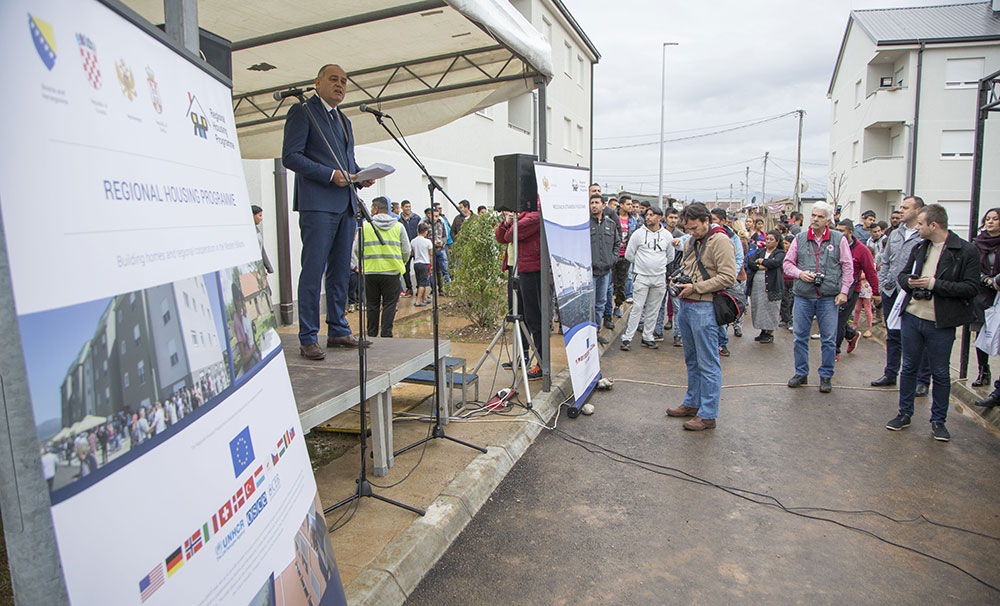 Deputy Prime Minister Milutin Simović highlighted the importance of today’s event, which gives a new life to people who lost their homes almost 20 years ago and who now consider Montenegro as their new home. 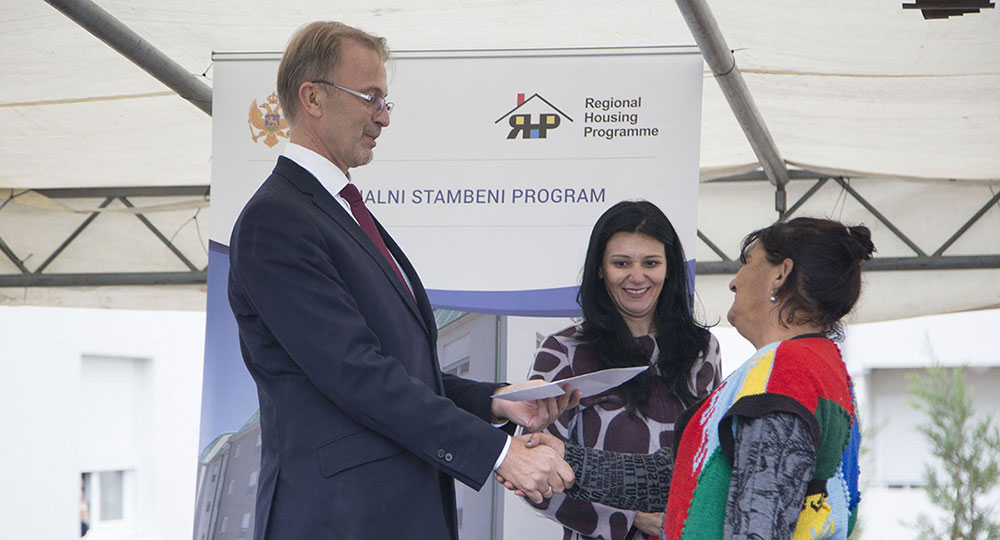 Ambassador Aivo Orav, Head of the European Union Delegation in Montenegro, stated: “The adoption and implementation of a sustainable strategy for the gradual closure of the Konik Camp was identified as one of the key priorities in the European Commission’s 2010 Opinion on Montenegro’s application for EU membership. Today, I am proud to say that together, we have achieved this goal!” 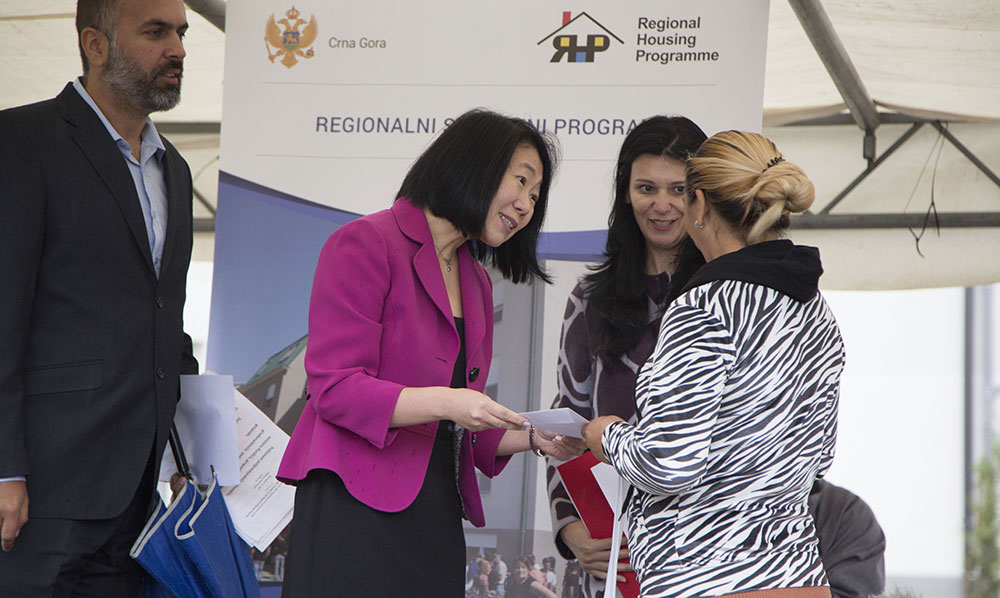 Judy Kuo, Deputy Chief of Mission from the U.S. Embassy in Montenegro,  emphasized  that the U.S., which has so far contributed USD 30 million to the RHP, is proud to be the part of today’s celebrations, as one of the basic rights of all people is to have a home. 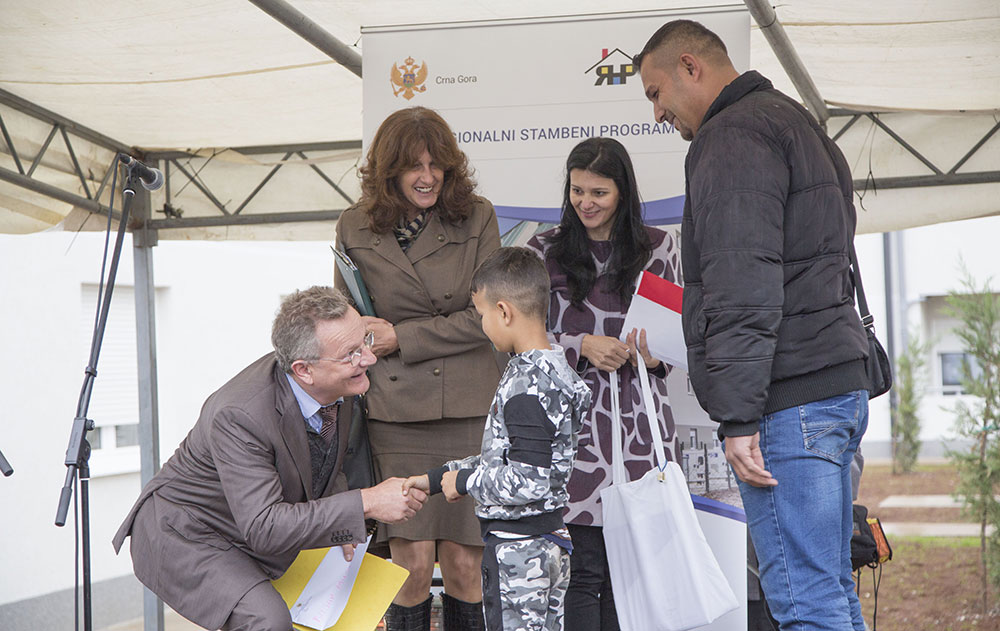 Stephan Sellen, Deputy Director General from the Council of Europe Development Bank, underlined the important role not just of the Montenegrin Government but also of the donor community and the international organisations involved, in finally being able to turn the page and, eventually, close the Camp. He highlighted the crucial role of the European Commission in this endeavor as well as the personal engagement and contribution of Mr Pierre Mirel in the early years of RHP inception.

Aleksandar Čadjenović, Protection Officer from UNHCR Montenegro, emphasized the importance of the event today which brings us one step closer to closing the Camp, after 18 years of managing it in cooperation with UNHCR partners from the Red Cross.

Lia Magnaguagno, Head of the Democratization Programme of the OSCE Mission to Montenegro, reminded the participants that the RHP represents a joint success of all the participants from the region. Today marks a drastic improvement in the living conditions of  those 120 families which are now moving from containers to the newly built apartments, greatly facilitating their inclusion into the Montenegrin society. 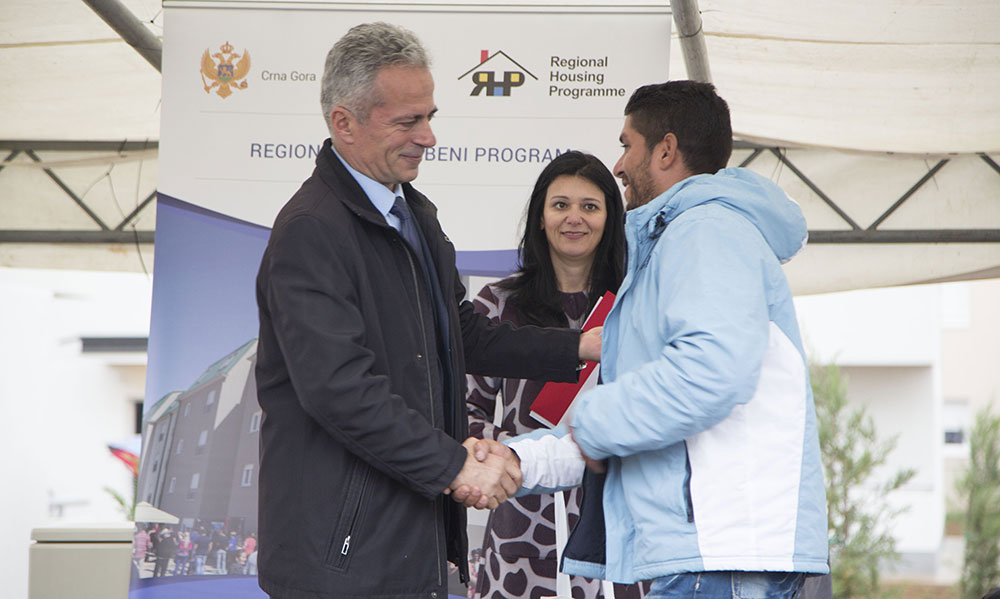 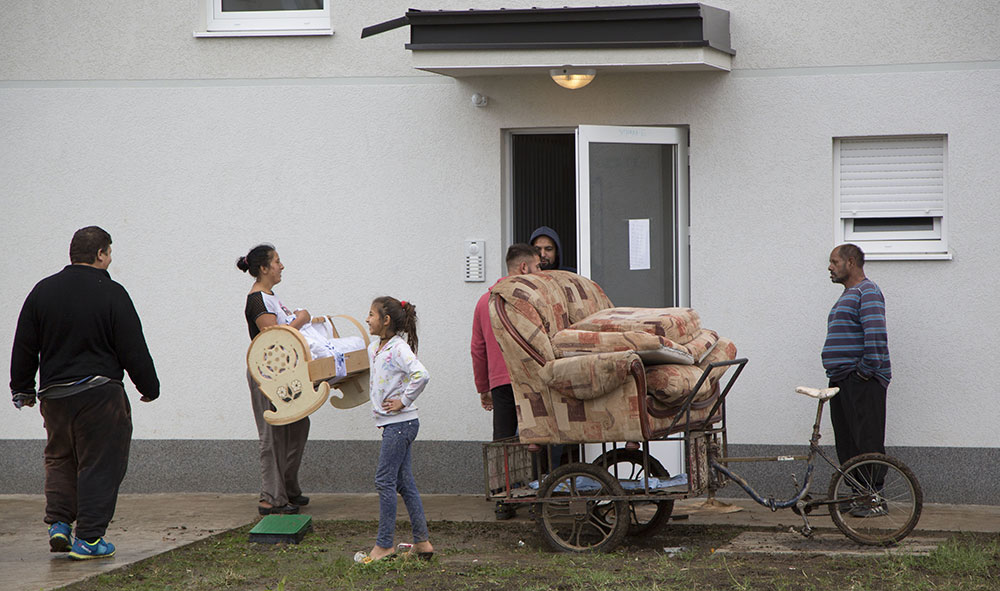 The event was hosted by Minister Kemal Purisić from the Ministry of Labour and Social Welfare of Montenegro, and was also attended by the Mayor of Podgorica Slavoljub Stijepović who pointed out that Podgorica has always treated its most vulnerable citizens with special care, and has invested EUR 4.5 million to this project by providing the land and infrastructure.

The event was followed by a photo exhibition illustrating the lives of the Camp residents before the new buildings were constructed.