Ovca (Belgrade), 5 March 2018 – Today in Ovca, keys were handed over to 235 RHP beneficiary families, selected from among close to 1600 applicants to obtain a durable housing solution in Belgrade.

In total, four buildings have been constructed at the Ovca site which will accommodate 235 RHP beneficiary families or 652 persons. The construction works started in August 2016 and were finalized in November 2017, with a total cost of EUR 6.9 million. 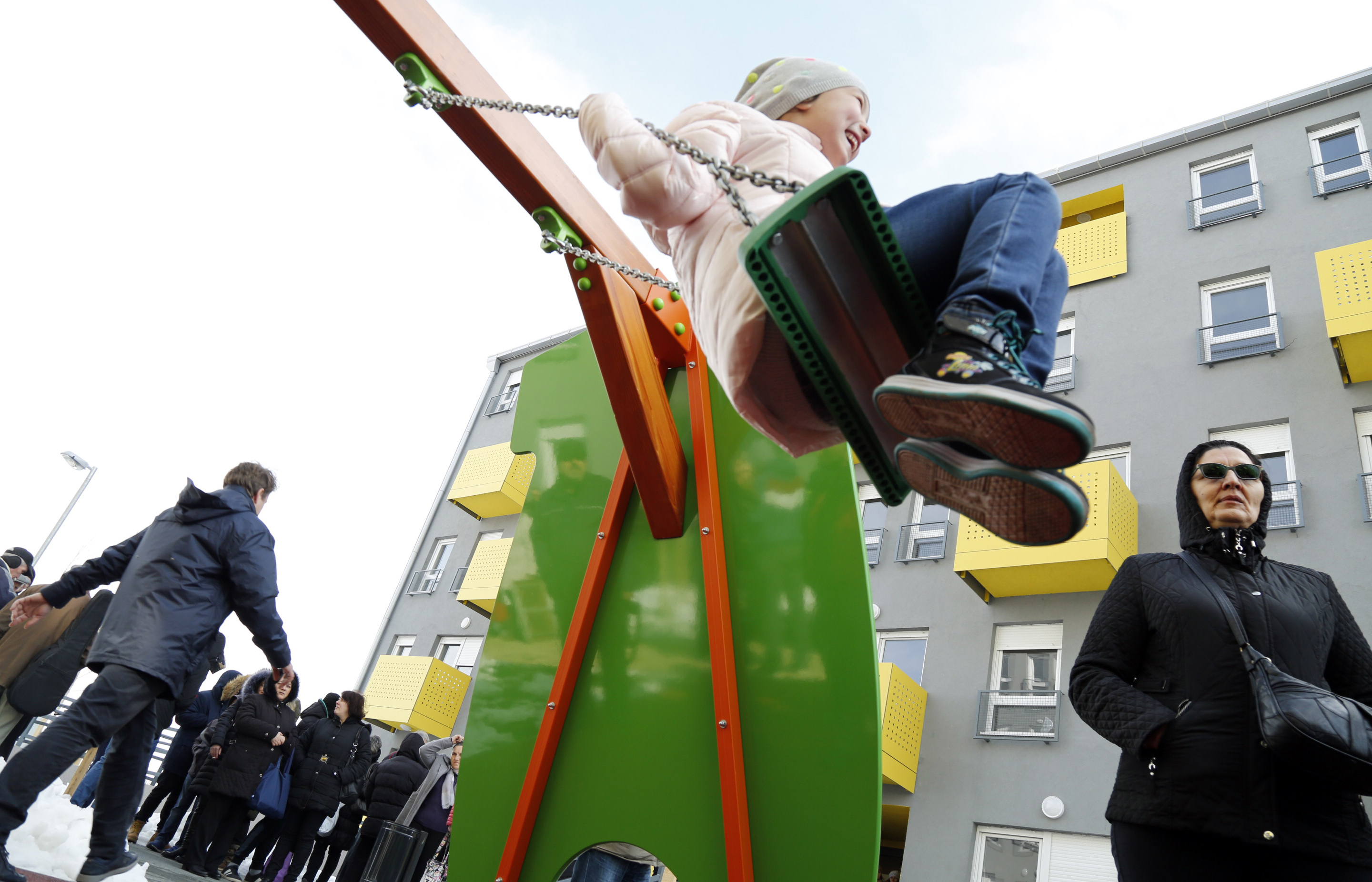 Constructed on an undeveloped green field site with a total area of 75 000 m2, the RHP financed buildings are part of a larger social housing/urban development programme undertaken by the City of Belgrade. Belgrade’s investments also include a 995-apartment complex as well as other amenities such as childcare facilities, a primary school and a waste water treatment plant.

The RHP Fund contribution of EUR 11 million to this sub-project is complemented by a considerable national contribution of over EUR 4 million. All in all, the sub-project SRB3 aims at providing 715 housing solutions for refugee families living in Belgrade. In addition to the apartments in Ovca, it includes the purchase of 69 village houses, the delivery of over 300 building material packages as well as the construction of 49 pre-fabricated houses. 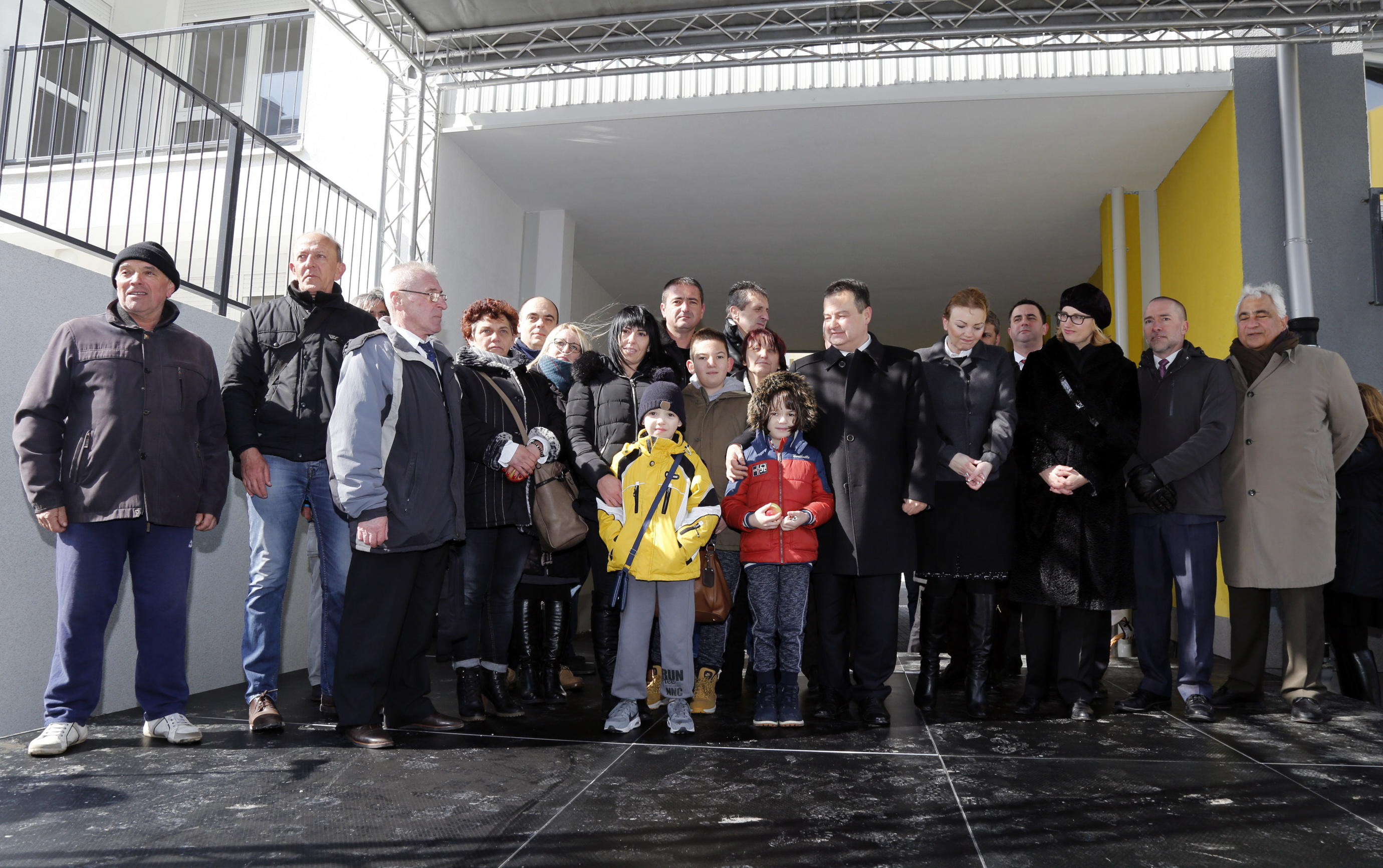 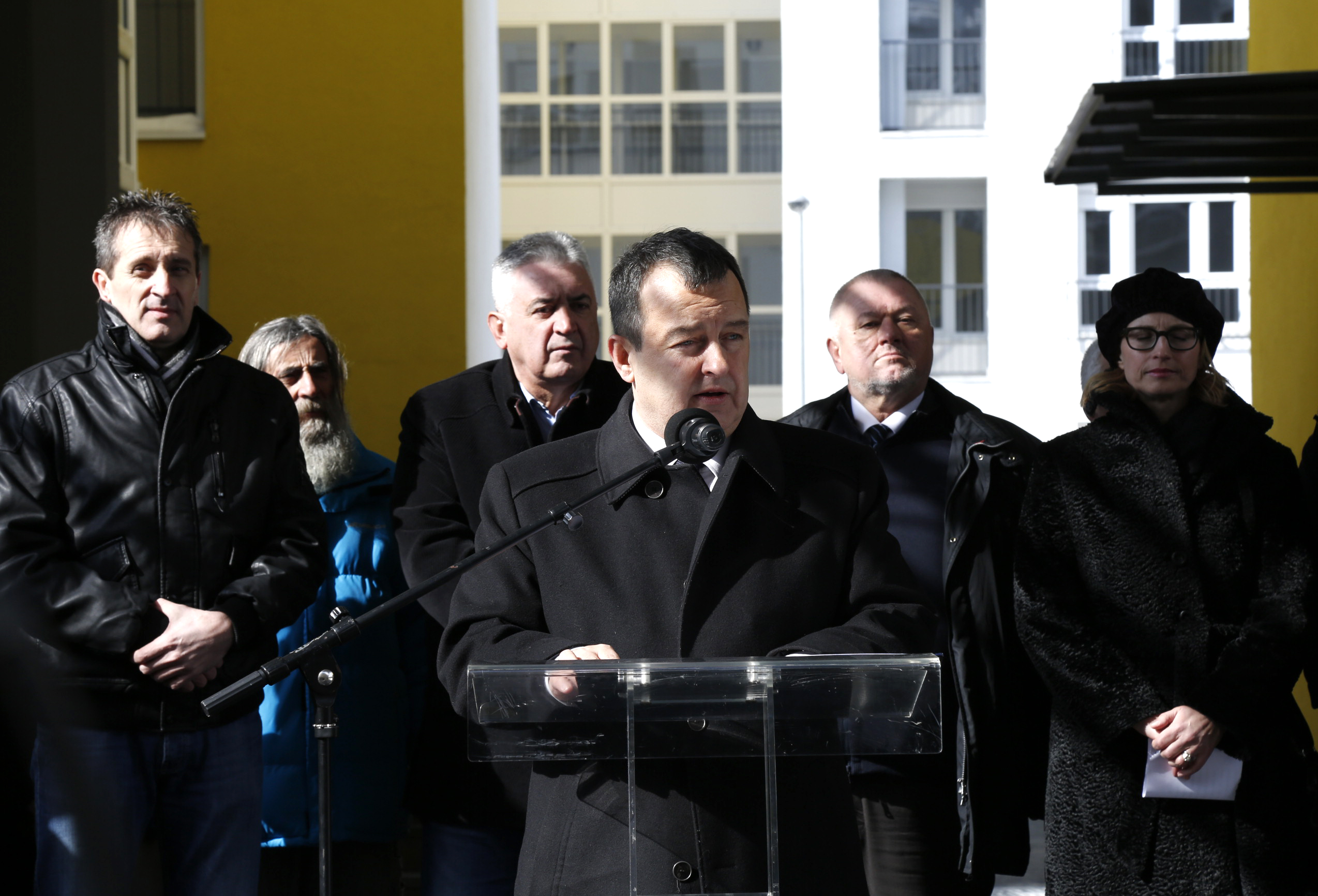 “Since the beginning of works on these apartment buildings in September 2016, there have been between 100 and 110 workers on the construction site every day, which made the celebration of 235 refugee families moving in today possible. I would like to thank the donors and all the other partners in this process who have recognized the importance of the Regional Housing Programme” – Ivica Dačić, First Deputy Prime Minister, Minister of Foreign Affairs and Chairman of the Commission for Coordination of the Process of Permanent Integration of Refugees.

“We have all been waiting for too long for this, so now, on this great day, I would like to congratulate you on your new homes, for having finally your address and the door with your name on it” – Vladimir Cucić, Serbian Commissioner for Refugees and Migration.

“I would like to praise all those involved in the process, in the first place Serbian Commissariat for Refugees and Migration and the Project Implementation Unit, as well as the City of Belgrade, for their dedication and hard work. Last, but not least, I would like to thank all you for not losing your patience” – Ms Mateja Norčič Štamcar, Deputy Head of Mission and Charge d’Affaires a.i, EU Delegation to Serbia. 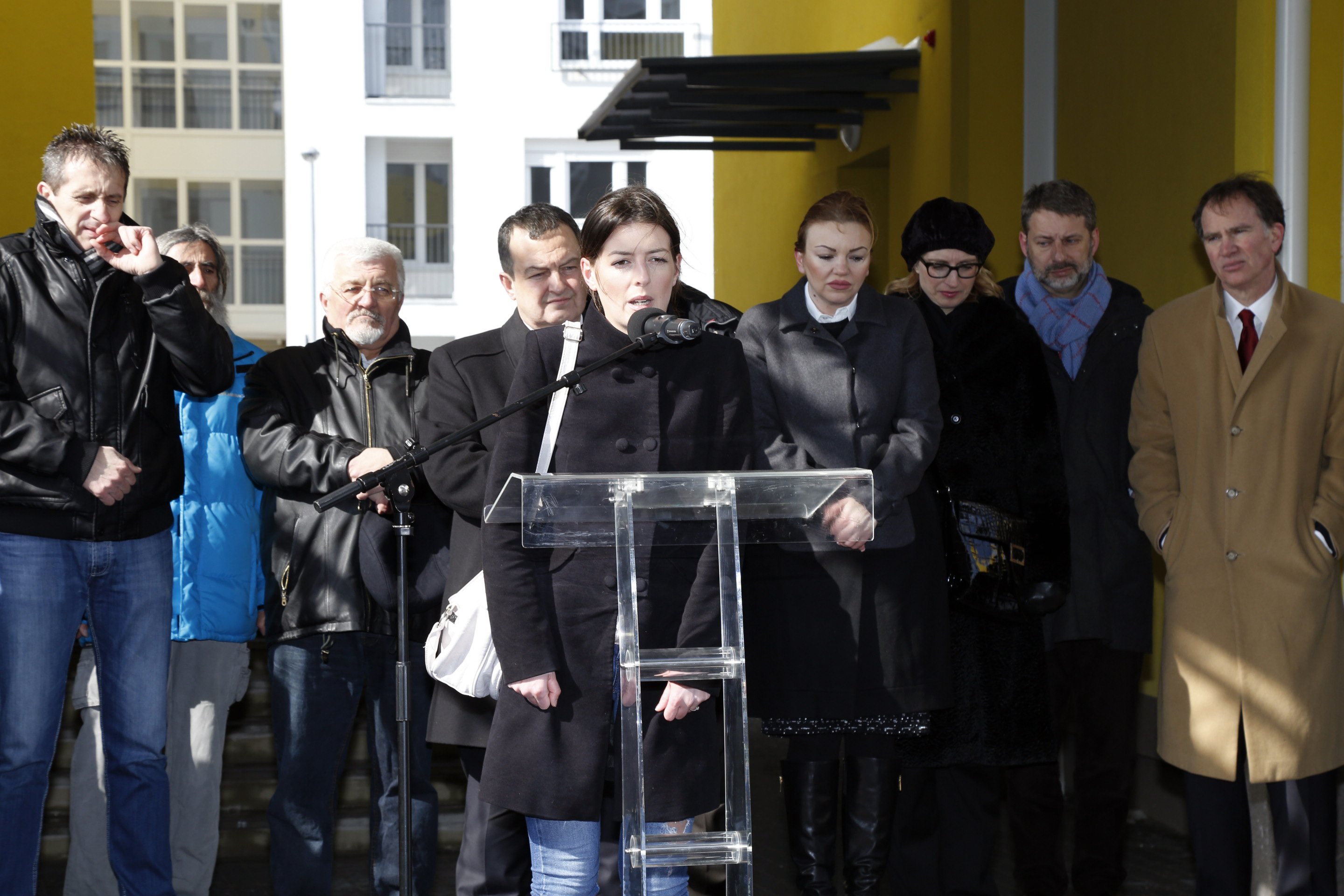 “I was born in Benkovac, Croatia and had to flee with my family in August 1995, together with 200 000 of our countrymen. My father and grandfather were killed by the grenade during our journey to Serbia, and my mother died two weeks later, giving birth to my sister. I have been living in Serbia in rented apartments for the last 23 years. These keys mean a new, and hopefully, good beginning for me, and to all of us here today. Thank you all for allowing me and my new neighbours to enter into our homes. We thought that we would never see this day” -Aleksandra Stijelja, beneficiary.

After the handing-over of these 235 apartments, more than 1 000 eligible beneficiary families still remain in the waiting list to obtain a similar housing solution in the Belgrade area. 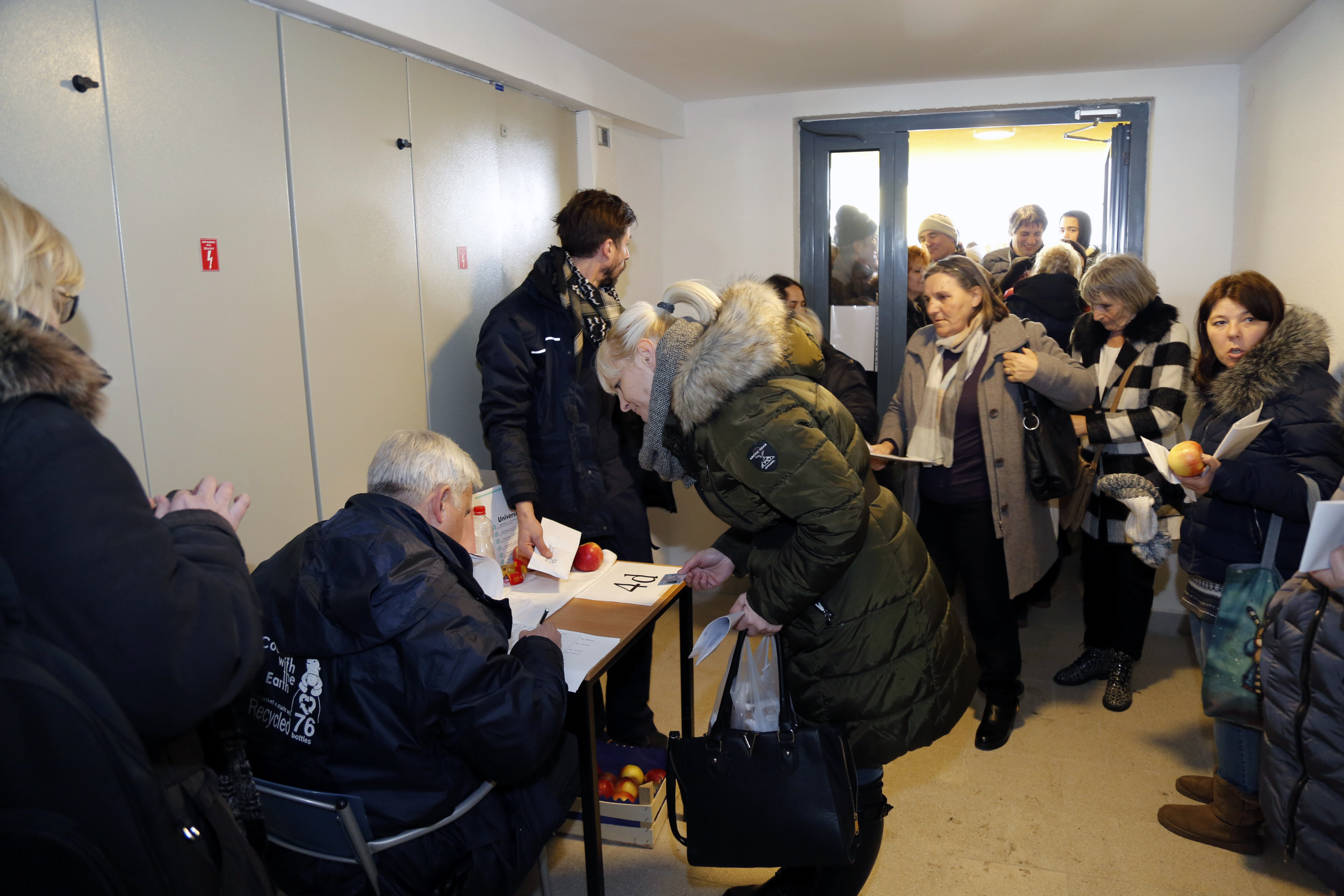