Agreements for the RHP implementation were handed today in Novi Sad to the mayors of 61 Serbian municipalities, aiming at providing more than 2 000 permanent and sustainable housing solutions for refugees living in the territories of those municipalities. The ceremony took place in the presence of the Minister for Foreign Affairs, First Deputy Prime Minister of the Republic of Serbia, Mr Ivica Dacic.

By signing these agreements, the municipalities formally launched the implementation of three RHP sub-projects in Serbia, with a total cost of 47.5 million EUR. The fact that a large number of municipalities will be involved in projects implementation is particularly important as it will allow RHP to reach the most vulnerable beneficiaries throughout the Serbian territory.

Minister for Foreign Affairs, First Deputy Prime Minister of the Republic of Serbia, Mr Ivica Dacic congratulated the mayors of the selected municipalities saying: “Serbia is not giving up the Sarajevo process and its efforts in strengthening the climate of mutual trust and cooperation in the region. This is extremely important for resolving the refugee issue, and also the future of the young generations in this region depends on it. We hope that together with the counties in the region, and with the help of the international community, we will contribute to creating a stable region without any conflicts anymore”. 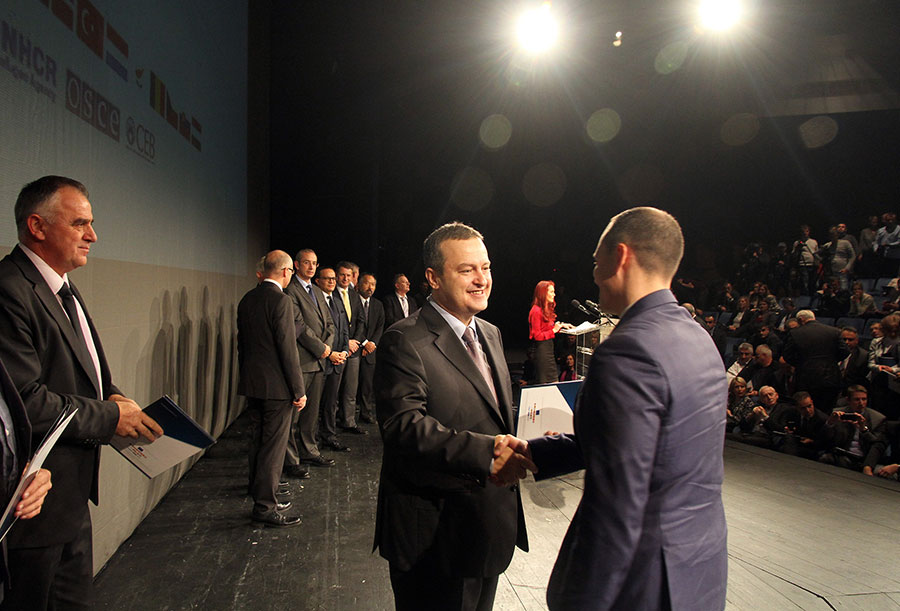