Four years after the Donors’ conference which launched the RHP, all stakeholders gathered again in Sarajevo to take stock of what has been achieved and what remains to be done. The meeting was attended by RHP Partner Countries Bosnia and Herzegovina, Croatia, Montenegro and Serbia, RHP Donors EU, U.S.A, Germany, Switzerland, Italy, Norway and Turkey, as well as the implementing partners UNHCR, OSCE and the CEB.

The Partner Countries presented the achievements to date and, with a single voice, highlighted the fruitful cooperation that has been developed among them as a result of joint cross-border work within the RHP framework.

The stakeholders also acknowledged that 2015 and 2016 have been crucial years, witnessing the delivery of hundreds of housing units to beneficiaries in all Partner Countries. Implementation works are ongoing throughout the four countries. Moreover, in the first six months of 2016, the pace of funds’ disbursement has doubled in comparison to the previous year. Furthermore, the Partner Countries stressed that RHP necessitates the full participation of all four countries as they need each other to maintain the pace of implementation.

Ms Semiha Borovac, Minister for Human Rights and Refugees of Bosnia and Herzegovina stated: “Four years after the Donors’ conference, the RHP Steering Committee meeting is again taking place in Sarajevo. I am very glad that this time around we can talk about results and meet with beneficiaries who have moved into their new homes. We have established a close cooperation with our colleagues in the region and inside Bosnia and Herzegovina with both entities. It is important to emphasise that the RHP is not beneficial for displaced populations only but also for the entire region, as it contributes to stability and fosters good neighbourly relations.”

Head of the EU Delegation to BiH and EU Special Representative, Ambassador Lars-Gunnar Wigemark welcomed the efforts and commitment of all the parties of the Regional Housing Programme and said that a lot of work has been done, but the work is not finished. “Significant challenges remain to be addressed, including selection of beneficiaries, providing durable housing solutions, as well as lack of economic opportunity as one of the biggest obstacles for sustainable return,” Ambassador Wigemark said. 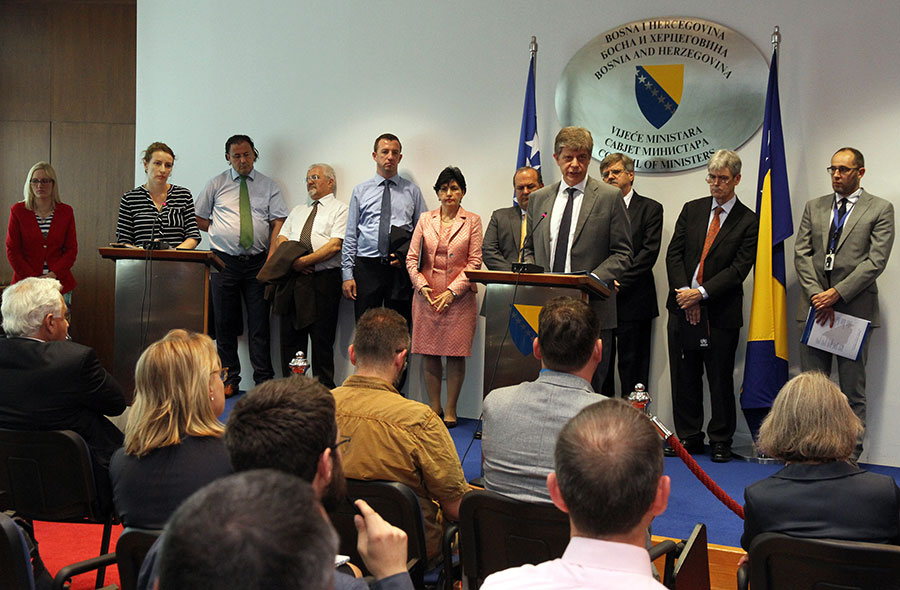 Mr Tom Yazdgerdi, Director, Office of South Central Europe, U.S. Department of State: “Last year I was present at the Assembly of Donors meeting in Podgorica. This year in Sarajevo I have to say that I am really impressed with the results. Our extremely complex programme made a great stride in the last two years. The U.S. is fully committed to provide housing solutions to beneficiaries andmy government looks forward to seeing more results to close this painful chapter.”

H.E. Mr Eduard Gnesa, Ambassador Extraordinary for International Migration Cooperation, Swiss Agency for Development and Cooperation, highlighted the close cooperation between Switzerland and Bosnia and Herzegovina, which is celebrating its 20th anniversary this year. “We are very proud of the RHP. However, we need to ensure that the beneficiaries obtain not just houses but also support for integration.”

Mr Vladimir Cucic, Commissioner, Serbian Commissariat for Refugees and Migration: “I am very glad to see that donor countries, heavily hit by the migration crisis, still keep their pledge to the RHP. There is a common thinking that the four Partner Countries have to be forced to cooperate, but the RHP proves this notion as wrong, because we are ourselves pushing for this cooperation.”

Mr Nikola Mazar, Head of State Office for Reconstruction and Housing Care of Croatia: “The EU is currently going through turbulent times, and in some way, the once conflicting countries – the RHP Partner Countries – can today show the way to integration and cooperation through programmes such as the RHP.”

Mr Jerome Hamilius, CEB’s Director of European Cooperation & Strategy, underlined: “Thanks to the combined efforts of all stakeholders, the RHP is making a difference. Housing solutions are delivered in increasing numbers, bringing a permanent improvement to the lives of thousands of vulnerable persons.”

Mr Andrew Mayne, UNHCR Regional Representative for South Eastern Europe, stated: “The RHP is not only about building houses, it is also about ensuring that the people in need have safe and reliable access to rights, services and livelihoods. And local authorities have a very important role to play in securing the sustainability of solutions for those who have returned, for those who have not been able to return yet, but also for those beneficiaries who choose to settle in their places of displacement.”

Mr Fermin Cordoba, Acting Director of the Human Dimension Department, OSCE mission to BiH commended the Partner Countries for their level of ownership and stressed the remarkable progress that the RHP has made thanks to the spirit of cooperation between the Partner Countries and the support provided by the international stakeholders. 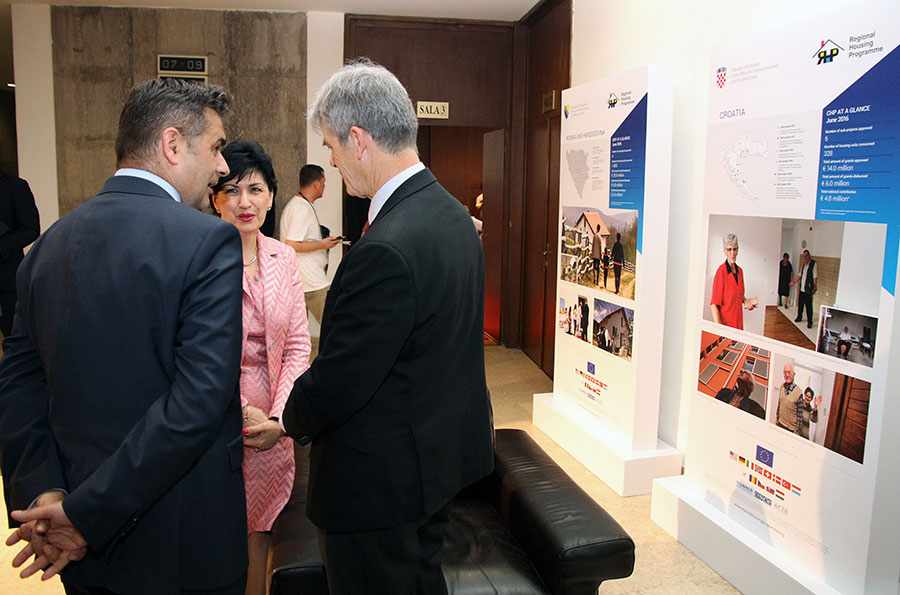