“A tremendous achievement”: Regional Housing Programme Assembly of Donors and Steering Committee mark delivery of homes to over 7 000 refugee and displaced families

18 June 2020 – On 17 and 18 June 2020, Regional Housing Programme (RHP) governance bodies took note of the delivery of homes to over 7 000 most-vulnerable refugee and displaced families during virtual meetings of the 16th session of the RHP Steering Committee and the 20th session of the RHP Fund Assembly of Donors. RHP Partner Countries were congratulated on their continued successful implementation of the Programme under difficult circumstances, both during and in the wake of the Covid-19 pandemic, but were nevertheless encouraged to further increase efforts in order to ensure the delivery of all planned housing units by the implementation deadline of June 2022.

In his opening words to the Assembly of Donors meeting, CEB’s Vice-Governor Tomas Boček noted that the intensive efforts invested by all stakeholders had yielded remarkable results, with approximately 21 000 beneficiaries across the four Partner Countries provided with homes to date – or almost 60% of the target of 36 000 beneficiaries.

“This is a tremendous achievement, particularly given the unforeseen challenges faced in recent months, and is testimony to the resilience and conviction of all RHP partners,” Mr Boček stated, while noting that the effect of the Programme was not limited to housing alone. “The impact of the RHP extends beyond bricks and mortar,” he said. “It has also proven to be a successful reconciliation Programme. Its experience shows how countries that were once divided by conflict, and that had experienced Europe’s worst refugee crisis since World War Two, were eventually able to find a regional solution.”

Thanking all RHP Donors – the European Union in particular, as the largest Donor to the Programme – Mr Boček observed that a key ingredient of the RHP’s success was its multi-stakeholder nature, adding that the role of the CEB within the RHP fit well with the core mandate of the Bank, namely the provision of assistance to displaced persons and refugees, and the promotion of social cohesion and integration.

On behalf of the European Commission, Mr Colin Wolfe, Head of Unit for Western Balkans Regional Cooperation in DG NEAR, welcomed the progress made, while noting the importance of continuing efforts and collaboration between Partner Countries in order to meet the common objective.

Recalling her rewarding experience with RHP events in Bosnia and Herzegovina in the past, Ambassador Guri Rusten, representative of Norway, and Co-Chair of the Assembly of Donors and Steering Committee in 2020, affirmed Norway’s satisfaction with the accelerated implementation of the Programme to date, and praised the dedication of the Partner Countries. Norway’s contribution to the RHP amounts to EUR 7.7 million to the RHP over the years.

Speaking on behalf of the United States Government, one of the main Donors to the RHP, U.S. Department of State Deputy Assistant Secretary, Ms Lesley Ziman, remarked that she had been struck by the impressive results that RHP stakeholders had achieved. “The United States is proud of its investment in the Programme,” she said, adding that while there would be challenges ahead, the United States Government would continue to work closely with its RHP partners to ensure the delivery of the targeted housing solutions. She underlined the increasing importance of complementary measures by non-governmental organisations – including the Catholic Relief Services (CRS) – for the sustainability of RHP assistance. 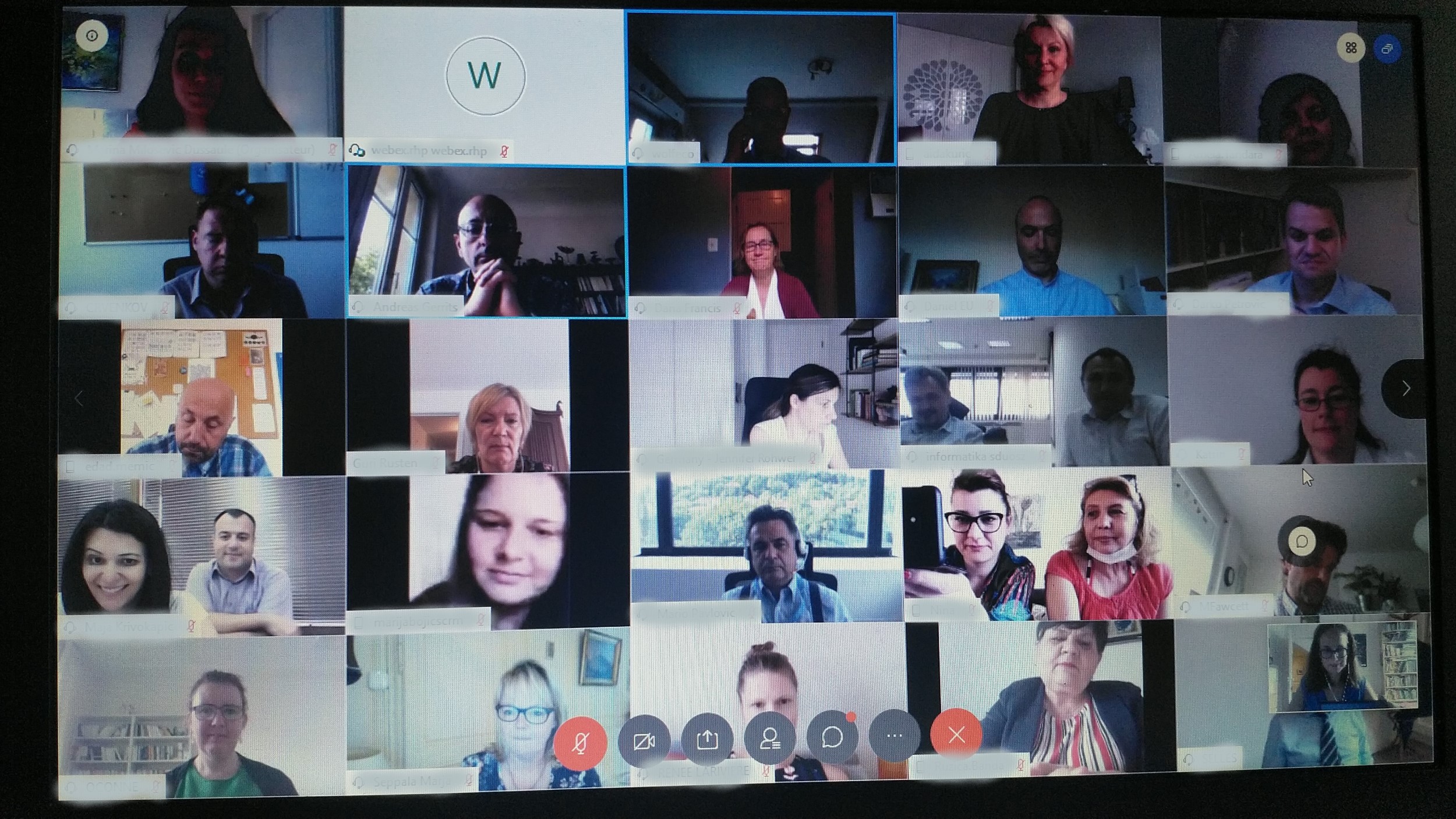 Addressing the Steering Committee meeting, Ms Anne-Marie Deutschlander, Principal Situation Coordinator for the Western Balkans at the UNHCR Regional Bureau for Europe, noted the significance of the timing of the meeting on the eve of World Refugee Day on 20 June. “The motto of this year’s World Refugee Day is ‘Everyone Can Make a Difference’,” she said. “And all those who contribute to the RHP certainly have made – and continue to make – a difference.”

Mr Mark Fawcett, representing the OSCE Secretariat’s Conflict Prevention Centre, noted that despite the difficulties posed by the Coronavirus outbreak in recent months, UNHCR and the OSCE had risen to the challenge. He paid special tribute to the Partner Countries for their determination and resourcefulness throughout this unprecedented period, remarking “They have never lost sight of the importance of the beneficiaries.”

Finally, Partner Countries reported that although there was some risk of minor delays in future due to the Coronavirus, RHP implementation had successfully continued throughout the pandemic. 2020 will be a record year for the Programme with respect to housing deliveries, with over 2 500 homes targeted for completion.