Belgrade signs agreement for construction of 270 apartments for RHP

The Mayor of Belgrade hosted today an event to present the overall RHP investments in Belgrade, which now stand at EUR 18.5 million. This was the opportunity to showcase current and future projects in Belgrade financed from the RHP Fund which will, once completed, provide durable housing to around 2 700 vulnerable families in Belgrade.

The City of Belgrade, the Commissariat for Refugees and Migration and PIU “Research and Development” signed the implementing agreement for the construction of 270 apartments in Belgrade’s municipality of Zemun, in the location of Kamendin.

RHP is also investing in another project in Belgrade which will comprise the following: construction of 235 apartments in Ovca, construction of 80 prefabricated houses, provision of 350 building material packages and purchase of 50 village houses. All housing solutions in the City of Belgrade are estimated to be completed by the end of 2017. 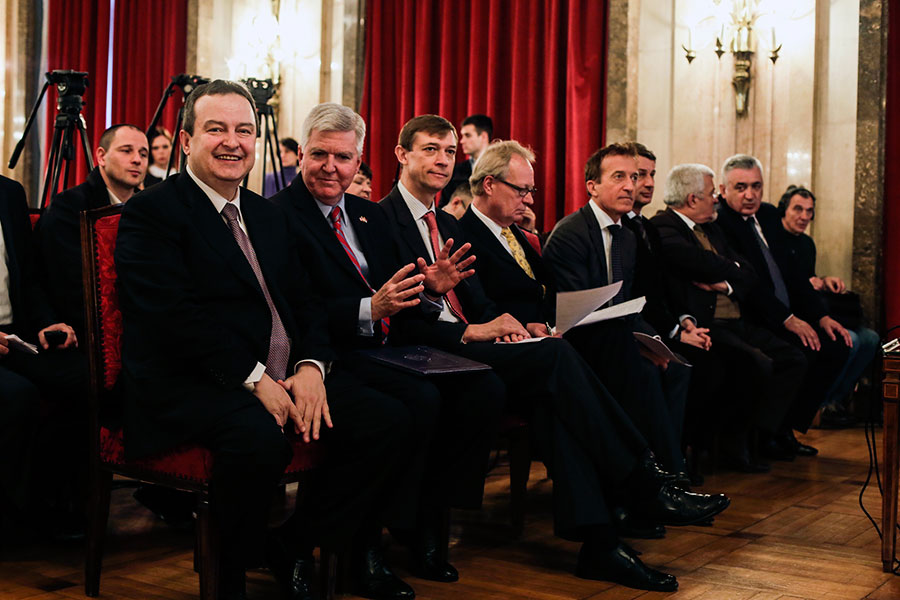 Mr Ivica Dacic, First Deputy Prime Minister, Minister for Foreign Affairs and Chairman of the Government of the Republic of Serbia said that on this occasion, several thousand families will obtain new homes thanks to the RHP in Serbia.

“We must bear in mind this very fact that binds us, while investing every effort to finish this job. The RHP in Serbia is in its full swing and it is expected that 2016 will bring further accomplishments on the ground”. 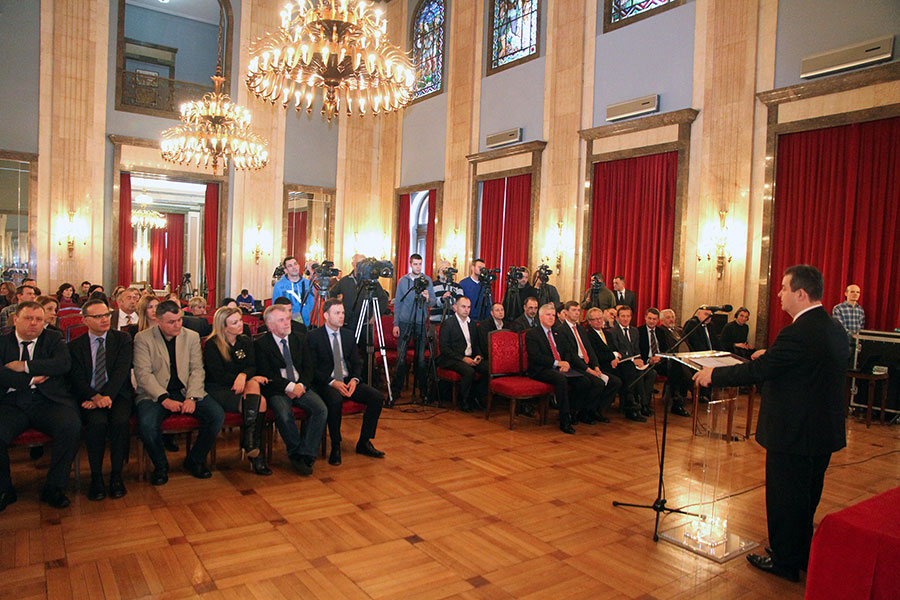 The Mayor of Belgrade, Mr Sinisa Mali, said that the RHP in Serbia is of great importance for the most vulnerable refugees in the territory of the City of Belgrade.

“UNHCR, the European Union, OSCE, the CEB, the USA and another twelve European countries support the programme. And four countries, and numerous towns and cities as well as local self-governments also greatly support the entire process. Our capital has been under the largest pressure in terms of the refugee crisis, but it is also investing large efforts and giving contributions so as to provide all of those who lost their homes with permanent housing solutions”.

Mr Oscar Benedict, Deputy Head of the EU Delegation to the Republic of Serbia, stated that the European Union is assisting Serbia and the region in overcoming the burden of the conflict from the 1990s. As a key partner to the RHP, the EU has so far pledged EUR 230 million out of the total pledges of EUR 261 million, to provide sustainable housing solutions for all the remaining vulnerable refugees.

“We are pleased that the City of Belgrade will provide approximately 1 000 housing solutions for almost 2 700 of the most vulnerable refugees through two RHP sub-projects”, said Oscar Benedict.