Novi Sad, 7 August 2018 – Today in Novi Sad, Serbia, the foundation stone was laid to build the largest RHP-financed apartment building, which will house 276 refugee families once completed in 2019.

Novi Sad is part of the sub-project SRB5, which will provide housing to 1 712 most vulnerable RHP beneficiary families throughout the country. The estimated total cost is close to EUR 47 million. EUR 37 million is financed by the RHP donors while Serbia co-finances this sub-project with approximately EUR 10 million. 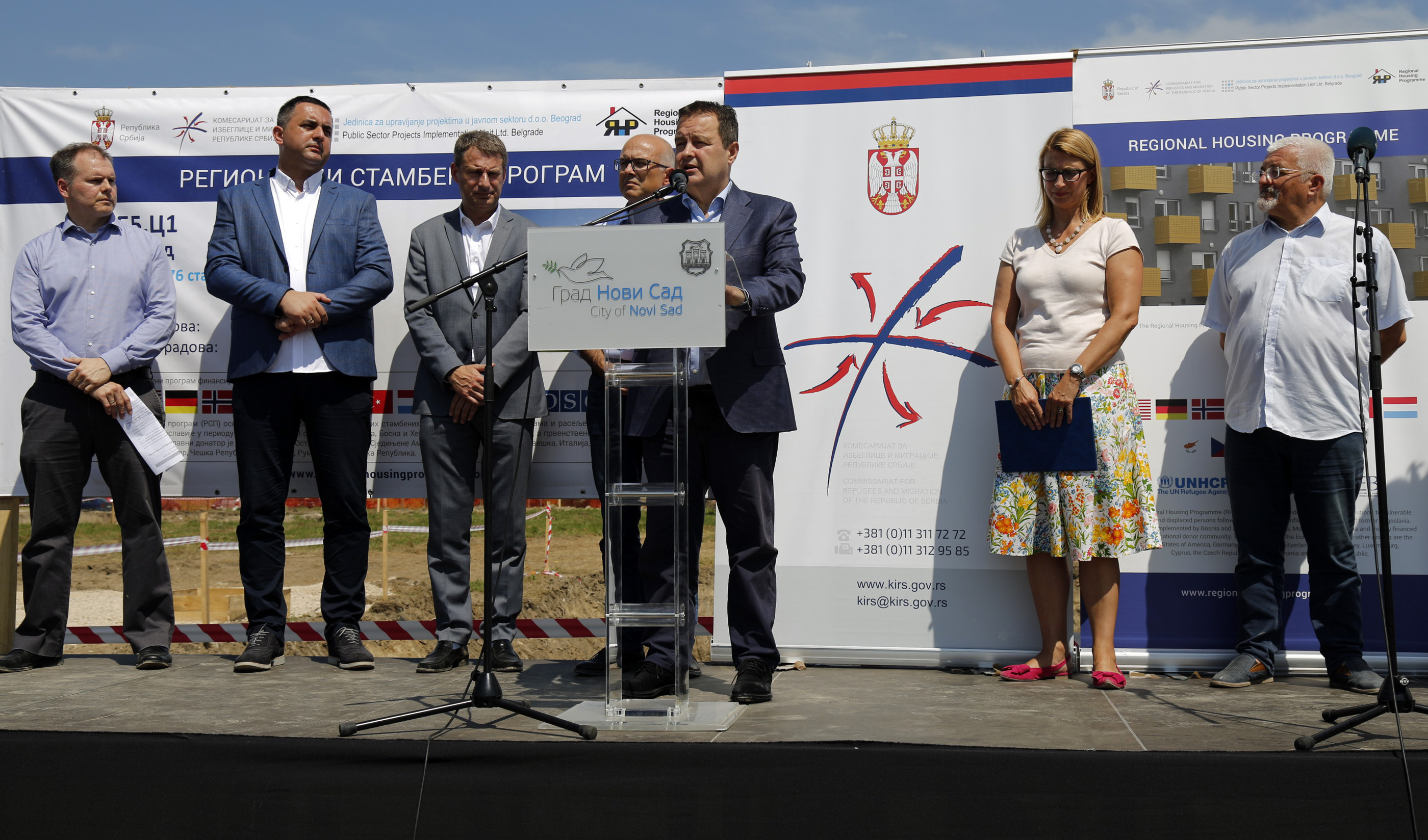 Milos Vucevic, the Mayor of Novi Sad, stated: “We are proud that these 276 families will settle here and make Veternik their home, because they will greatly enrich our city. This is a concrete step demonstrating that the Republic of Serbia is taking care of its citizens.” 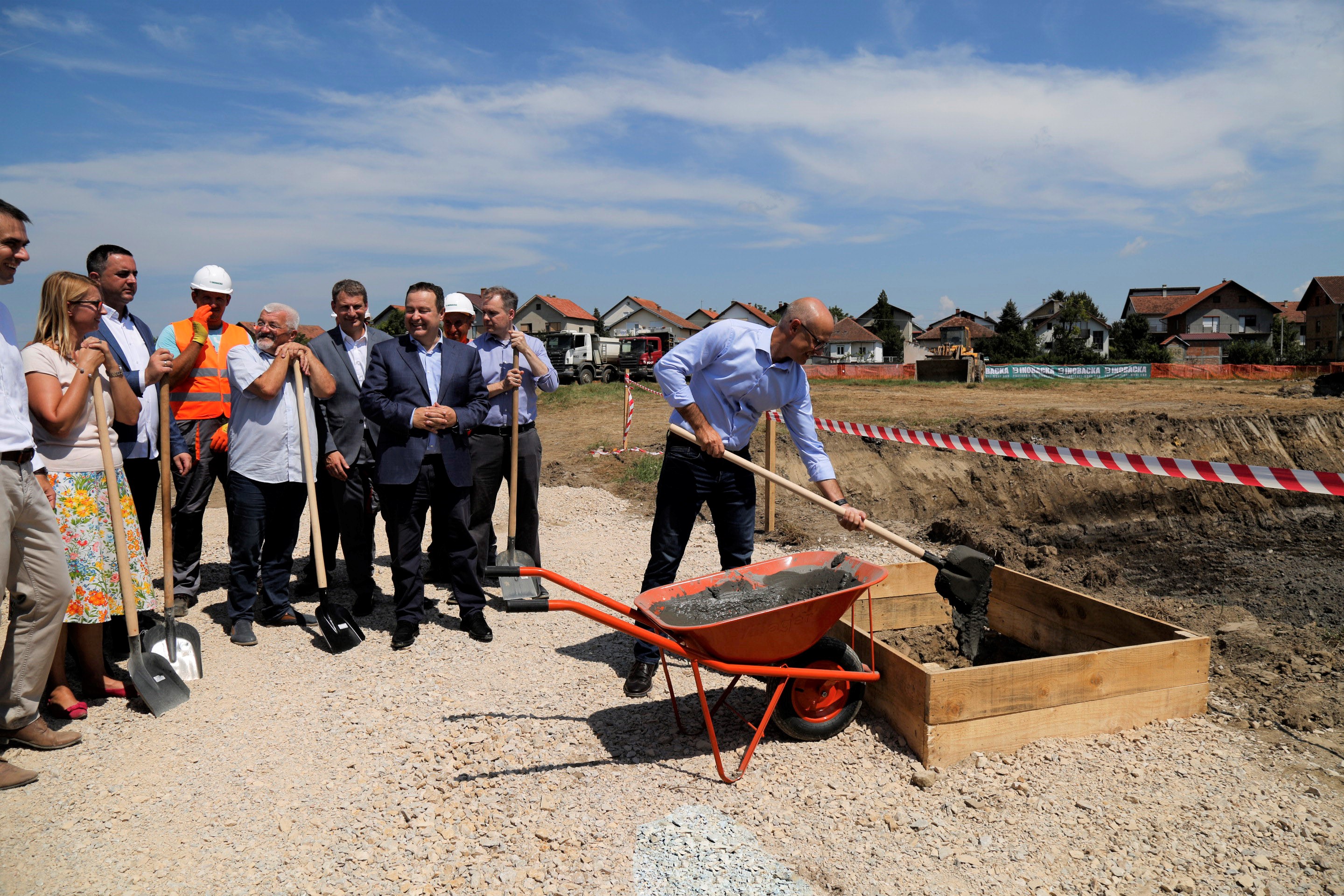 Mateja Norcic Stamcar, Deputy Head of the European Union’s Delegation to Serbia, congratulated Serbia for its progress in the RHP and reiterated the support of the European Union (EU) to the Programme, which is exemplified by EU’s contribution to the RHP that amounts to EUR 232 million.

Hans Schodder, Head of the UN High Commissioner for Refugees (UNHCR) Mission in Serbia, referred to the long presence of his organisation in Serbia and in the region. He expressed his contentment for the great improvements that have been accomplished over the past 20 years in Serbia in the provision of housing and local integration of refugees from Bosnia and Herzegovina and Croatia.

Vladimir Cucic, Commissioner for Refugees and Migration of the Republic of Serbia, concluded by thanking all RHP partners and stakeholders for their contribution to the Programme and the RHP beneficiaries for their patience.