Arilje, 15 August 2018 – Keys to their new RHP-financed apartments were handed over today to 15 refugee families in Arilje, Serbia.

The participants to the ceremony included Ivica Dacic, First Deputy Prime Minister and Minister of Foreign Affairs and President of the Commission for Coordination of Permanent Integration of Refugees of the Government of the Republic of Serbia; Vladimir Cucic, Commissioner for Refugees and Migration; Zoran Todorovic, Mayor of Arilje; Nicolas Bizel, Head of Operations – Justice, Home Affairs & Social Inclusion, EU Delegation to Serbia, Joseph Melot, Deputy Chief of OSCE Mission to Serbia and John Young, Head of Department for Legal Protection of Refugees at UNHCR, Serbia. 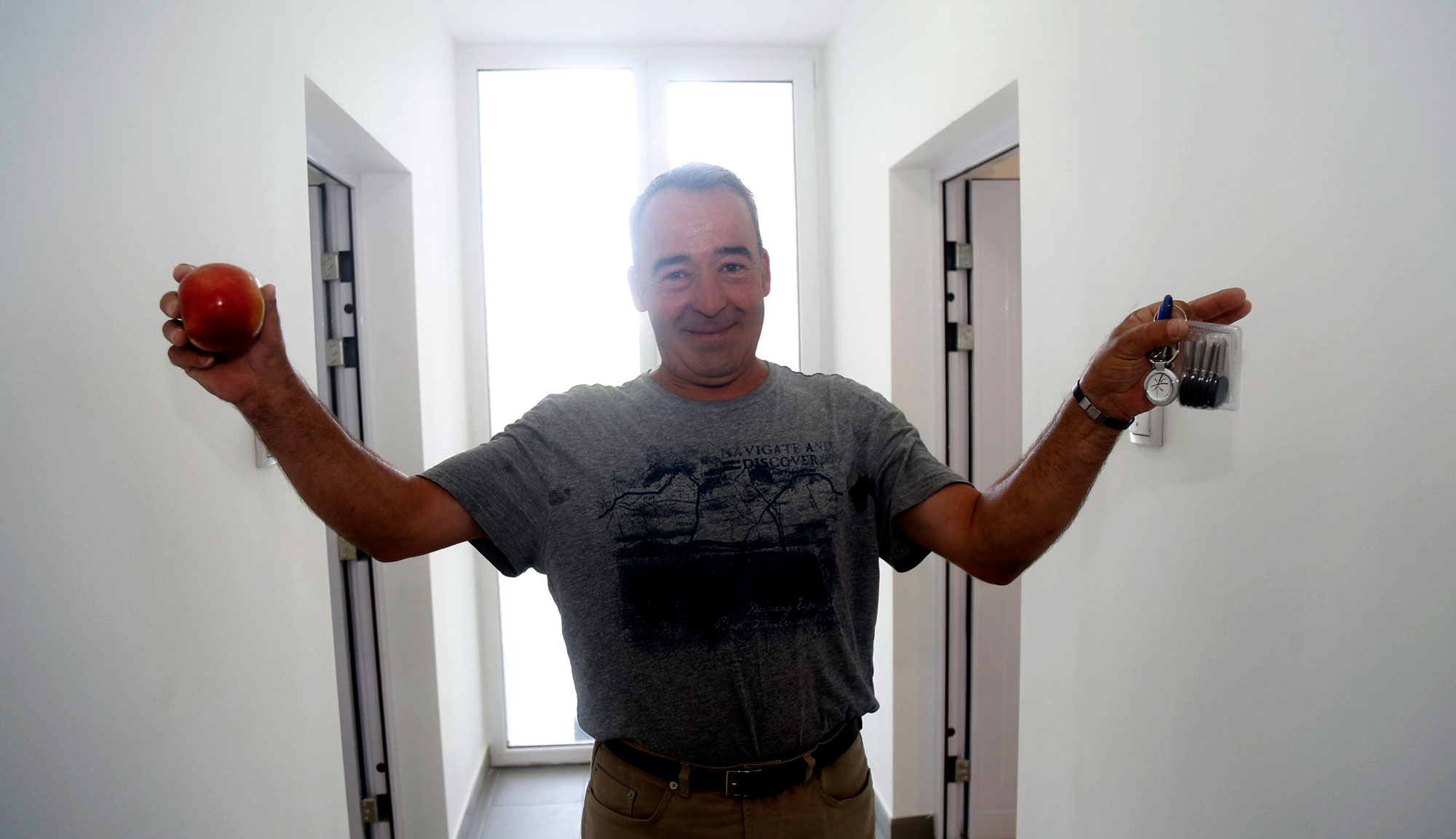 One of the beneficiaries

Ivica Dacic, First Deputy Prime Minister and Minister of Foreign Affairs, reaffirmed Serbia’s commitment to the RHP and said that 2 102 families – out of the total current target of over  6 000 – have already been able to move into their new homes. „We hope that our fellow citizens who are moving into the finished buildings today, after two decades of difficulties, will find peace and security in them. I wish them a successful moving in and a happy new beginning.”