“For the first time, we have a home that we can call our own”: 25 vulnerable families receive new RHP-financed homes in Kikinda, Serbia

Kikinda, Serbia, 29 January 2020 – The mood was buoyant in the city of Kikinda, Serbia, on 29 January, as RHP beneficiary families and stakeholders gathered to celebrate the delivery of new RHP-financed apartments to a further 25 refugee and displaced families. The apartments were constructed under RHP sub-project SRB2 at a cost of approximately EUR 600 000, in addition to which financial contributions were made by the local government of Kikinda for communal infrastructure.

One of the beneficiaries present was Snježana Bošnjak, who had lived with her family in temporary housing since fleeing Bosnia and Herzegovina 27 years ago. “All these years, we have not had our own roof,” she said. “Now, for the first time, we have a home that we can call our own. The feeling is indescribably beautiful.”

In addition to the beneficiaries themselves, the event was attended by Ivica Dačić, First Deputy Prime Minister and Minister of Foreign Affairs of Serbia; Brigitte Kuchar, Programme Manager, Asylum, Migration, Border Management, at the European Union Delegation to Serbia; Pavle Markov, Mayor of Kikinda; John Clayton, Head of the Democratisation Department at the OSCE Mission to Serbia; Jadranka Maric, representating the United Nations High Commissioner for Refugees (UNHCR), and Ivan Gerginov, Assistant Commissioner for Refugees and Migration.

Minister Dačić wished the families well in their new homes, and thanked all RHP donors – namely the European Union, the main donor to the Programme – noting with satisfaction that more than 4 200 housing units across Serbia had been allocated to the most-vulnerable refugee families under the RHP to date. 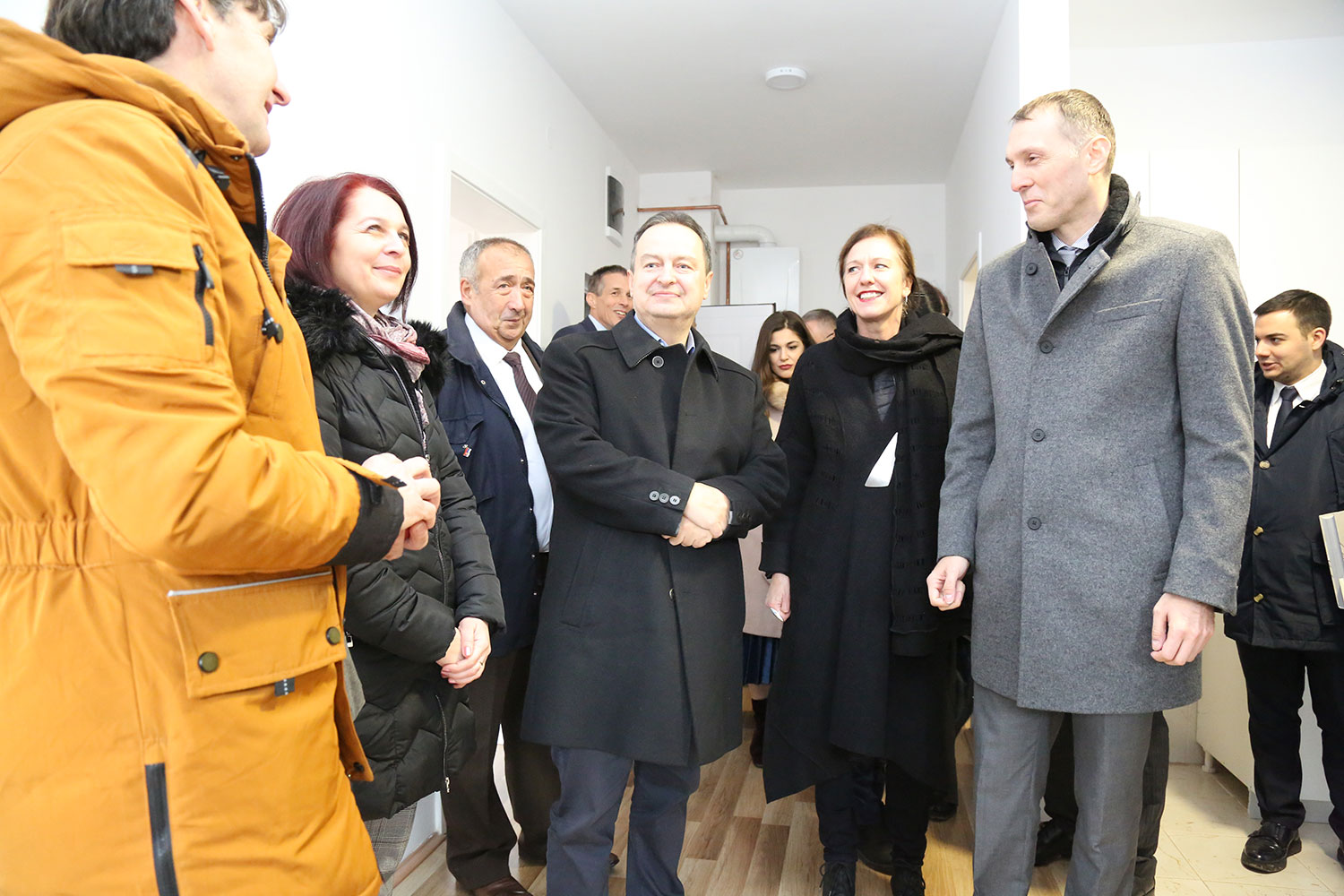