Požarevac, Novi Pazar-Postenje and Kraljevo, Serbia, 6 and 8 June, 2020 – Building on the momentum of the delivery of new homes to 276 Regional Housing Programme (RHP) beneficiary families Novi Sad-Veternik, Serbia, on 5 June, there has been cause for celebration in a further three towns in Serbia in recent days, as 40 families received the keys to their new RHP-financed homes in Požarevac and Novi Pazar-Postenje, while in Kraljevo, RHP stakeholders commemorated the laying of the foundation stone of a future building with ten apartments.

The RHP aims to provide approximately 7 500 homes to most-vulnerable refugee and displaced families across Serbia by end-2022. The main Donor is the European Union, followed by other key Donors, namely the United States of America, Germany, Norway, Switzerland and Italy.

The first event took place in Požarevac on 6 June, at which 20 refugee and displaced families received the keys to their new homes. The cost of works on the apartment building, which was constructed under the RHP sub-project SRB5, was approximately EUR 436 000. 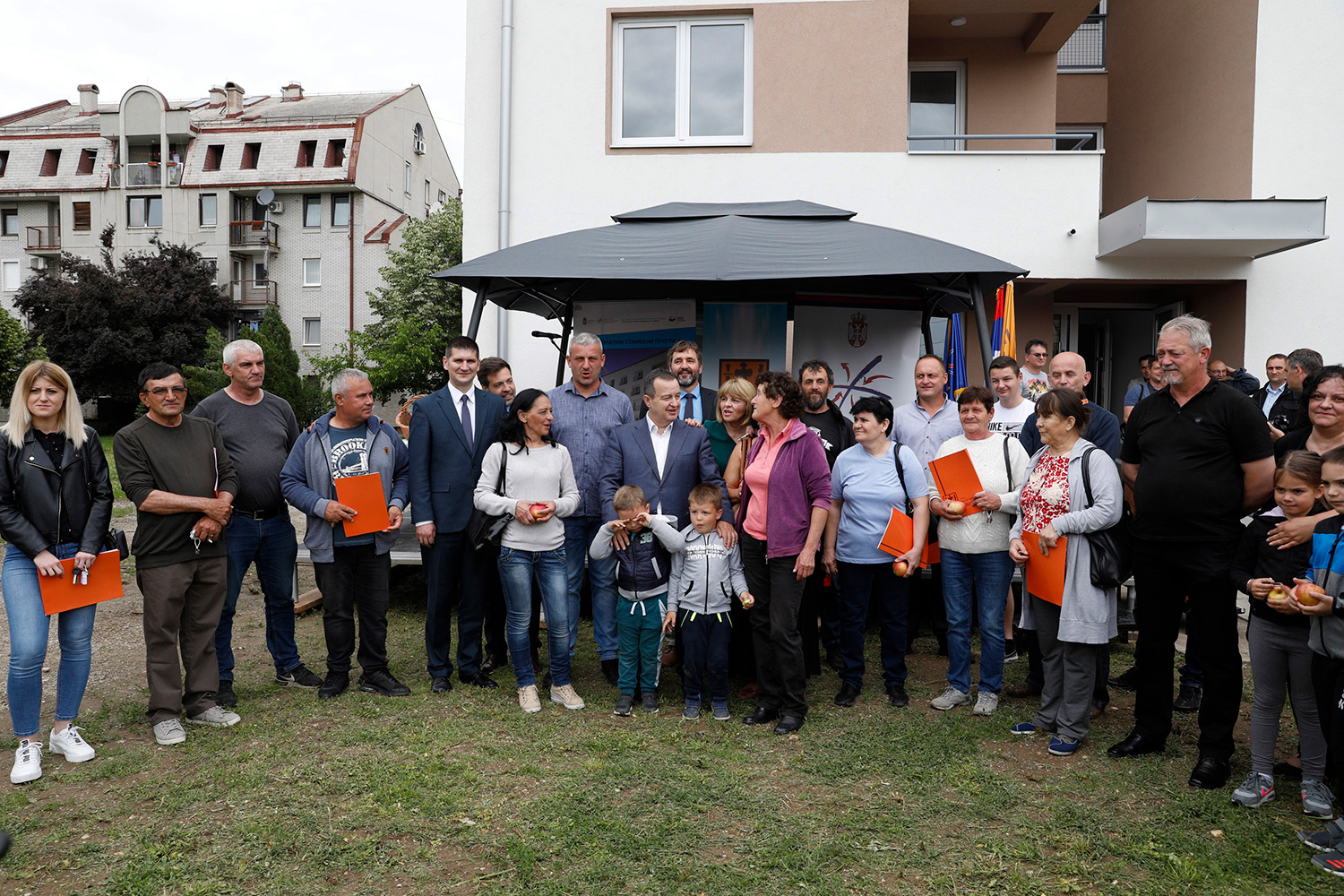 Delivery of keys to 20 RHP homes in Požarevac 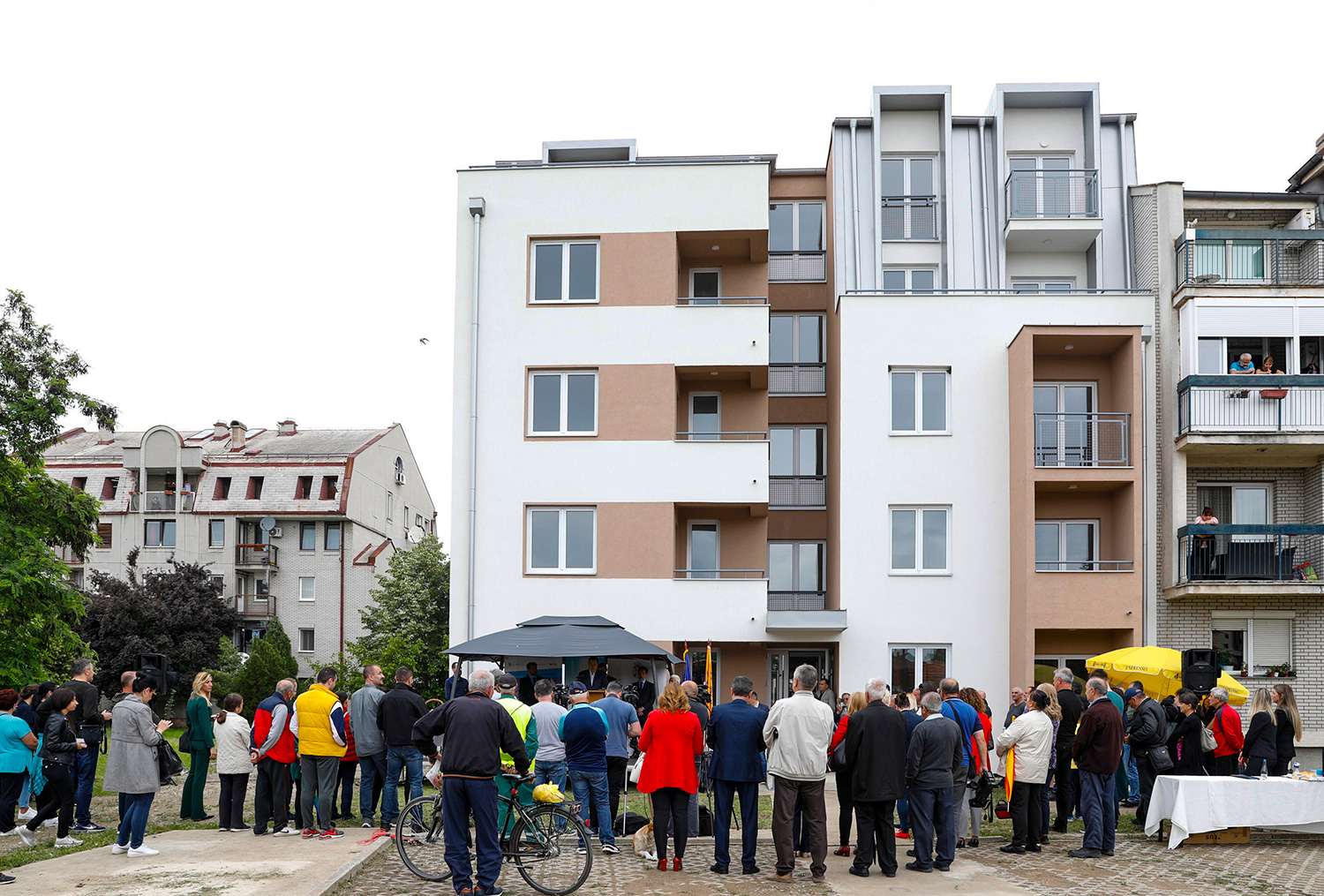 The event was attended by Mr Ivica Dačić, First Deputy Prime Minister and Minister of Foreign Affairs of Serbia; Mr Ivan Bošnjak, State Secretary at the Ministry of State Administration and Local Self-Government; Mr Vladimir Cucić, the Serbian Commissioner for Refugees and Migration; Mr Saša Pavlović, Deputy Mayor of the City of Požarevac; and Mr Dušan Kovačević, Head of the Public Sector Projects Implementation Unit Ltd., in addition to Aleksandra Đorđević, representing the RHP partner organisations, United Nations High Commissioner for Refugees (UNHCR) and the Organization for Security and Cooperation in Europe (OSCE).

Presenting the keys to the families, Deputy Mayor Pavlović addressed them as “Our compatriots, friends, brothers and sisters, who have been left without a roof over their heads,” adding, “Your suffering has touched us all very much.” 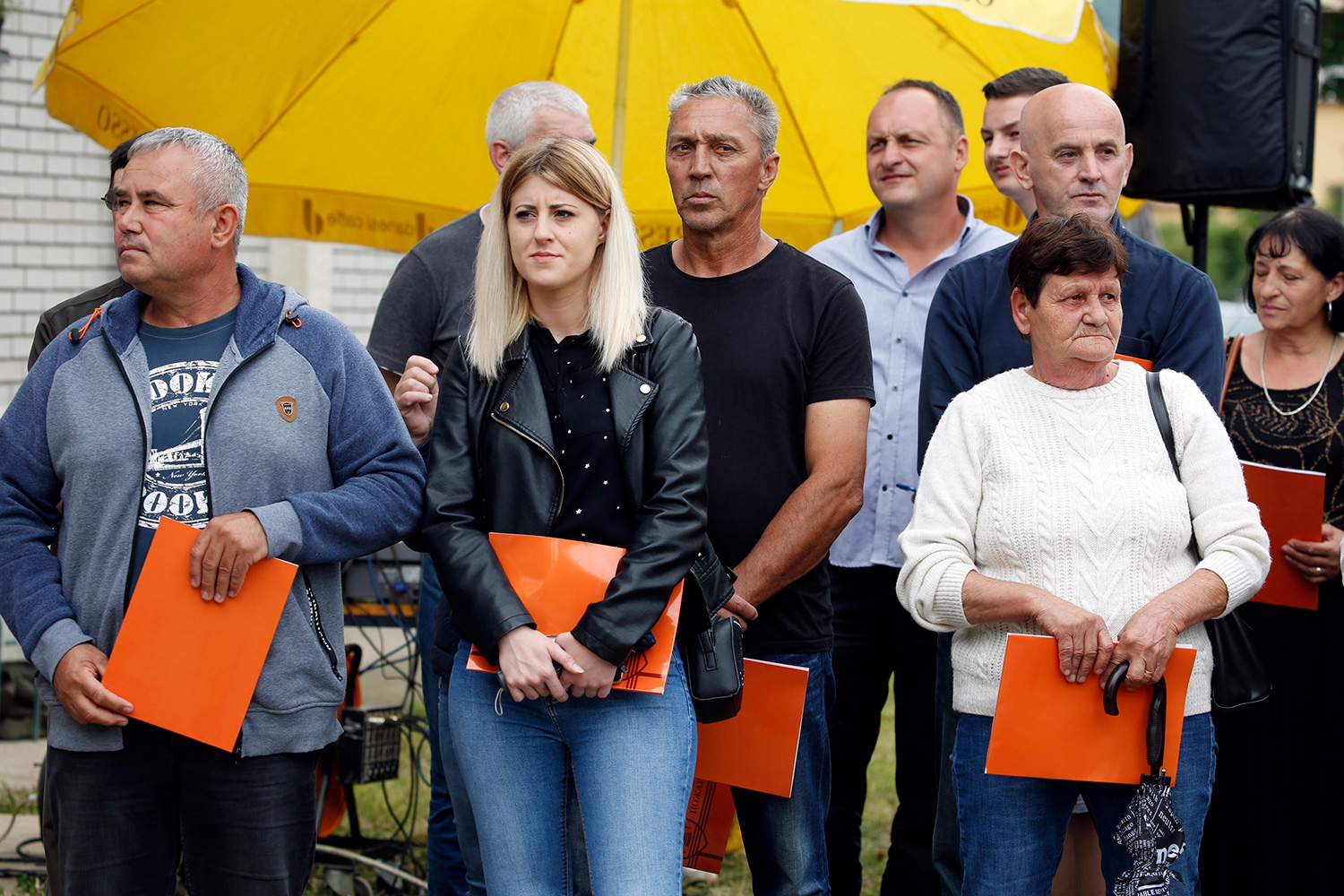 Two days later, it was the turn of the city of Kraljevo to celebrate, as RHP stakeholders laid the foundation stone for a building with ten apartments, which will be constructed under the SRB9 sub-project. The event was again attended by Minister Dačić; Mr Predrag Terzić, Mayor of the City of Kraljevo, and Ms Svetlana Velimirović, Deputy Commissioner for Refugees and Migration, and Micaela Thurman, OSCE Project Manager, representing both the OSCE and UNHCR.

As he laid the stone, Minister Dačić thanked all stakeholders for their commitment to the Programme, noting that the RHP was now in its final phase. He expressed confidence that he would be handing the beneficiaries the keys to their new homes in Kraljevo the following year.

The celebrations concluded later that day, with the delivery of keys to a further 20 beneficiary families in Novi Pazar-Postenje. The building was constructed under the SRB5 sub-project, with the cost of works totalling approximately EUR 467 000.

In addition to Minister Dačić and the beneficiaries themselves, the event was attended by Mr Rasim Ljajić, Deputy Prime Minister and Minister of Trade, Tourism and Telecommunications; Mr Nihat Biševac, Mayor of the City of Novi Pazar, and Mr Vladimir Cucić, Commissioner for Refugees and Migration, among other RHP stakeholders.

One of the beneficiaries, Ms Slađana Đerković, a refugee from Croatia who had been living in Novi Pazar since 1993, thanked the RHP Donors on behalf of the families. “My family and I have been living as tenants for 25 years,” she said. “I am a single mother, and I work at the General Hospital. Today, a new life begins for all of us. We are sincerely grateful and happy that after two and a half decades of exile, we will finally have our own roof over our heads.”

Thanking the international community, the European Union, the Serbian Government and the Commissariat for Refugees for their involvement in the project, Minister Ljajic turned to greet the beneficiaries. “Novi Pazar has welcomed all refugees, regardless of their religion or origins,” he said. “We have no sea, no oil and no gold, but there is at least hospitality, solidarity and openness here.”