Tanja and Dusko Krajisnik were already married when they fled their hometown of Zenica in 1992 after the war broke out. Dusko went to Prijedor, while Tanja went to Zvornik together with their four-year-old daughter Maja. After spending several war years apart, they reunited in Loznica which has been their home over the last twenty years and the place where their son Marko was born.

Before the war started, Tanja was a stay-at-home mother while Dusko worked in mining. After coming to Loznica, he worked as a deminer in Serbia, Bosnia and Herzegovina and Croatia. “Whenever I’d enter a minefield, I wouldn’t think about the danger but only about the reason why I was there – so that I could take care of my family”, explains Dusko. “There are good people always and everywhere“, he adds while reflecting on the cooperation with his Croatian and Bosnian colleagues. Afterwards, Dusko worked as a construction worker in Russia for a while, but he has been unemployed since last year. “I’ve been getting by for twenty years, and I’ll manage to get by now“, says Dusko with determination.

Since they left Zenica they moved in and out of eight apartments in total. “We’ve tried to be model tenants and we’ve never had any problems so far“, Tanja says while adding that they have always had good neighbours regardless of where they lived. “That must have at least something to do with us“, she concludes with a smile. Even before the RHP building was completed, one of Tanja’s neighbours figured out the fastest route to come visit Tanja once she has moved into her new apartment. 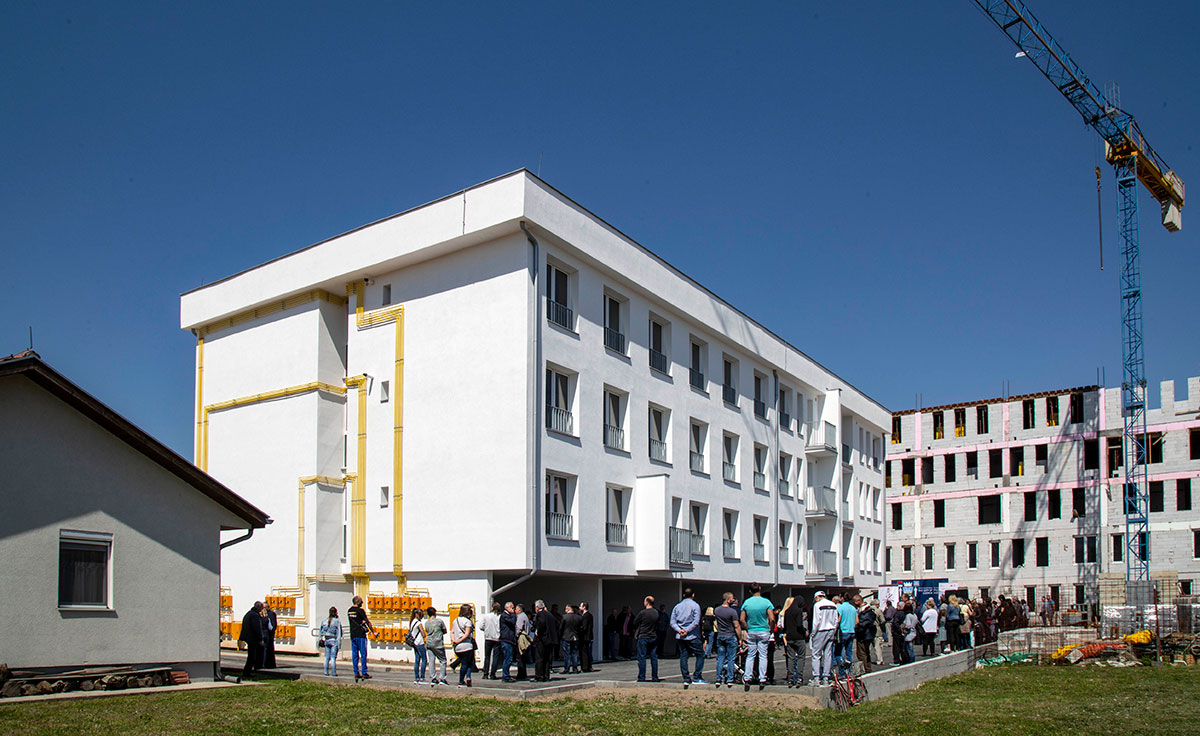 Tanja and Dusko say: “Fifty square meters isn’t a lot of space for the four of us, but it really means a lot to us“. They have just moved into their new apartment in Loznica with their daughter Maja and son Marko.