On 3 October 2019, Regional Housing Programme (RHP) stakeholders had the pleasure of witnessing in person the outcome of their combined efforts during a visit to two beneficiary families in the municipality of Ilijas in Bosnia and Herzegovina (BiH). The visitors were welcomed by siblings Hasib Halilovic and Hasiba Osmanovic and their families, who had received new homes courtesy of the RHP earlier this year. Hasib is retired, and lives in his newly-built house with his wife and son, while Hasiba – a widow – lives next door with her son and his wife.

“After so many years of living in abandoned houses in poor condition, we were granted our own homes thanks to the Programme”, Hasib said, smiling broadly. “Without this help, we would not have such a beautiful house. Now my son has also been able to move in, together with his wife. Thank you all to heaven”. Hasiba agreed, adding that they took great pride in showing their new homes to the RHP representatives.

These sentiments were reciprocated by Gianluca Vannini, Head of Operations, Section for Social Development, Civil Society and Cross Border Cooperation of the EU Delegation to BiH. “It gives me great joy to share the happiness of the Halilovic and Osmanovic families,” he remarked. “They, along with many other families across the region, are proof that we are on the right track. The European Union is the largest donor to the Programme, which aims to deliver peace, stability and reconciliation to the region. We will not stop here, there is more work ahead of us to fulfil the final target of 3000 housing units in BiH”. 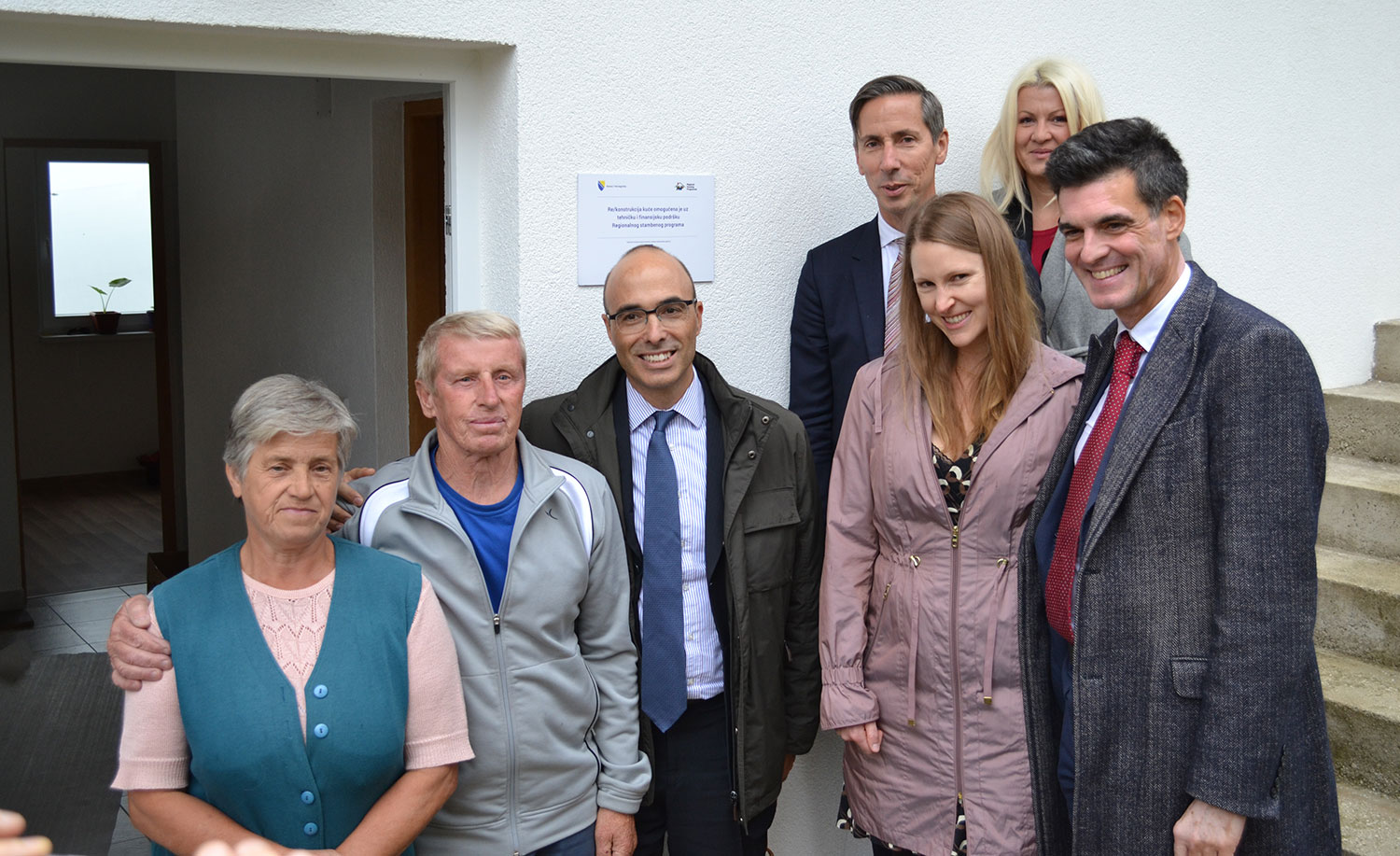 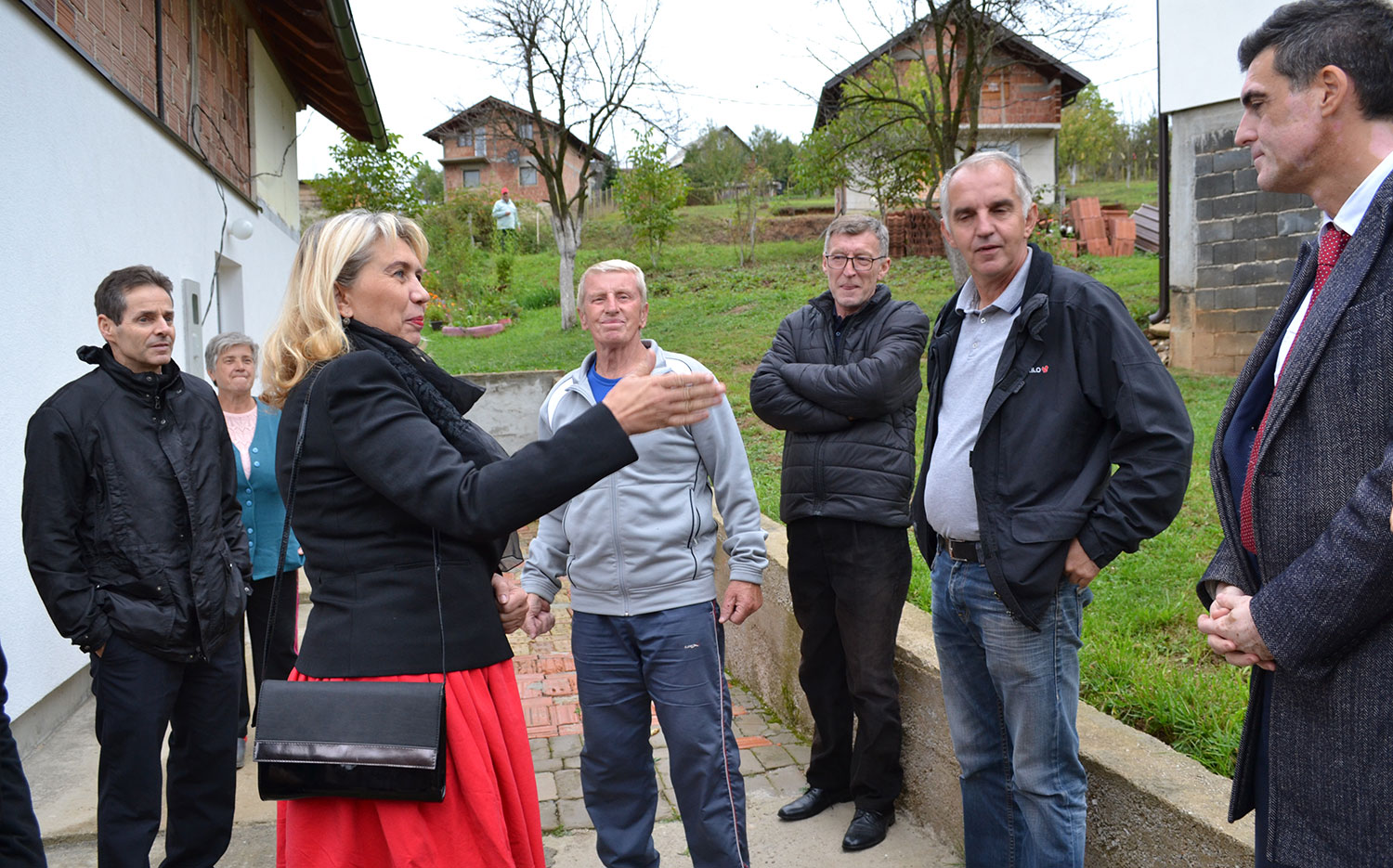 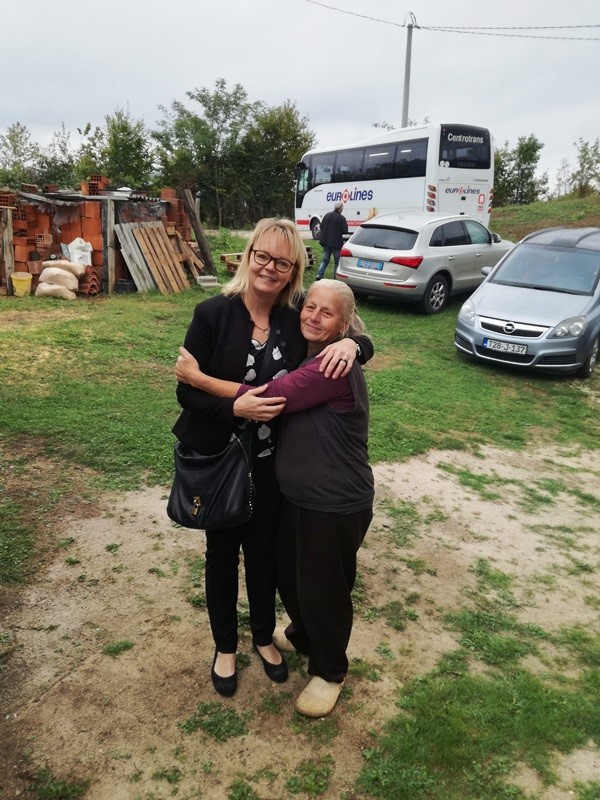 Photos above: RHP donors from EU and U.S. , the representatives of the Ministry for Human Rights and Refugees of Bosnia and Herzegovina, and international stakeholders UNHCR, OSCE and CEB meet with RHP beneficiaries

The visit followed extensive discussions at the RHP Technical Committee meeting in Sarajevo on 2 October, and the Regional Coordination Forum (RCF), which was hosted by the Organization for Security and Cooperation in Europe (OSCE) Mission to BiH the following day. Both meetings focused on the common objective of ensuring the delivery of lasting results under the Programme, in addition to knowledge-building that will serve as the basis for future programmes of the same kind. Participants noted that significant progress has been achieved to date: over 5 300 families have received a home thanks to the RHP, a figure which the RHP stakeholders aim to more than double in the next two years.

Welcoming RHP stakeholders to the RCF, Ambassador Kathleen Kavalec, Head of the OSCE Mission to BiH, also extended a warm welcome to the BiH Minister for Human Rights and Refugees, Semiha Borovac, who noted with satisfaction the remarkable progress made in the implementation of the RHP to date. “This progress is evident in the smiles of ever-increasing numbers of beneficiaries, month after month – their visible joy when moving into their new homes. For those of us who are dedicated to implementing the Programme, there is honestly no greater satisfaction than happy beneficiaries,” the Minister said, words which were echoed by Francesca Bonelli, Deputy Regional Representative of the United Nations High Commissioner for Refugees (UNHCR). 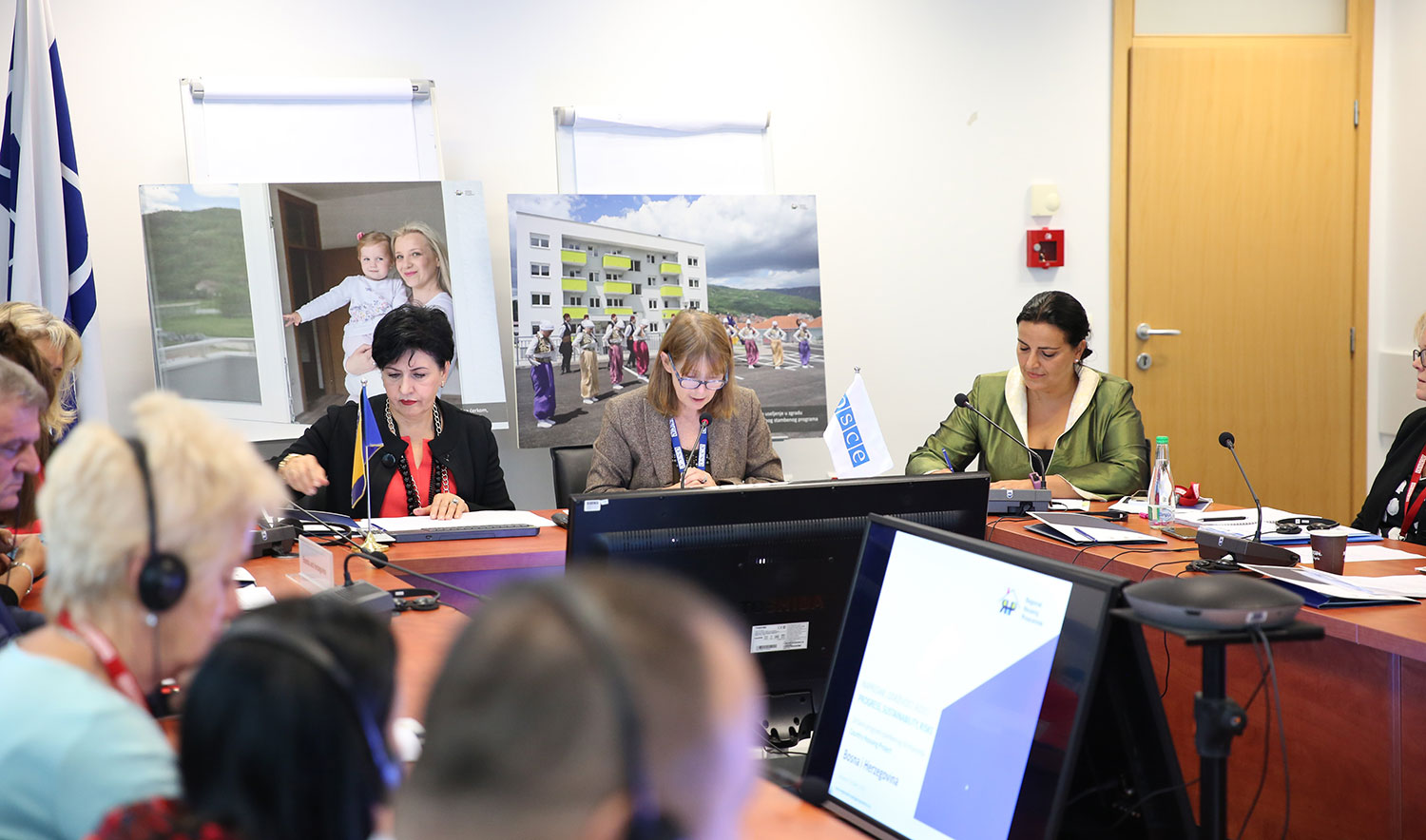 A number of additional achievements were also noted. Participants were pleased to learn that in BiH, the Grant Agreement for the sub-project BiH6 was about to be signed, and that, for example, beneficiary selection had been largely completed in BiH.

Regional Housing Programme donors have committed more than €280 million for the financing and implementation of the Programme, of which over €63 million relates to projects in BiH. The European Union is the largest donor, with a contribution of €234 million, followed by the United States with €24 million, in addition to Germany, Norway, Switzerland, Italy, Denmark, Turkey and several other countries. Strong support to the Programme is provided by the UNHCR, OSCE and the Council of Europe Development Bank (CEB).