“There are no words to describe the joy in my heart today.” 49 RHP-financed homes delivered to refugee and displaced families in Bački Petrovac, Bačka Palanka and Sevojno, Serbia

Bački Petrovac, Bačka Palanka and Sevojno, Serbia, 29 and 30 May, 2020 – There was much cause for celebration in Serbia this weekend, as Regional Housing Programme (RHP) beneficiaries and stakeholders gathered at three events to mark the delivery of a total of 49 RHP-financed homes to refugee and displaced families in three locations – Bački Petrovac, Bačka Palanka and Sevojno (Užice). The main Donor to the RHP – which aims to provide approximately 7 500 homes to most-vulnerable families across Serbia by end-2022 – is the European Union, followed by other key Donors, the United States of America, Germany, Norway, Switzerland, Italy, Denmark, Turkey and Luxembourg.

The first event, the official opening ceremony for a three-apartment building in Bački Petrovac, took place on 29 May, attended by Ivica Dačić, First Deputy Prime Minister and Minister of Foreign Affairs of Serbia; Vladimir Cucić, the Serbian Commissioner for Refugees and Migration; Srđan Simić, the Mayor of Bački Petrovac; Bojan Stević, State Secretary in the Ministry of Public Administration and Local Self-Government, and Jadranka Marić, representing the RHP partner organisations United Nations High Commissioner for Refugees (UNHCR) and the Organization for Security and Cooperation in Europe (OSCE). The building was constructed under the SRB5 sub-project, at a cost of approximately EUR 120 000. 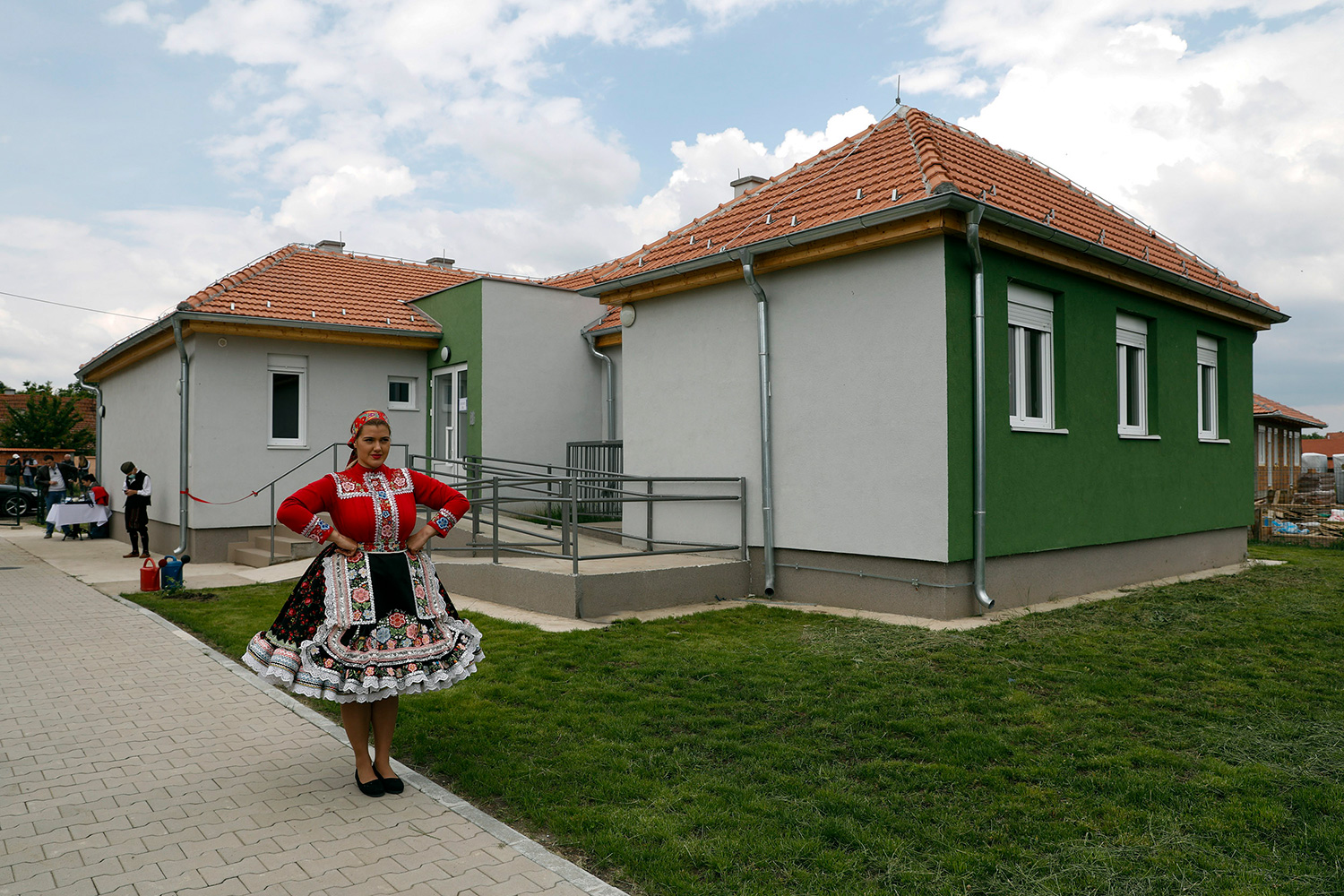 Expressing thanks on behalf of the beneficiaries, Snježana Pragaj recalled her flight from Mostar with her family in 1992, followed by her eventual arrival in Bački Petrovac. “In 2005, after years of moving from place to place, we finally arrived in Maglic, in the municipality of Bački Petrovac,” she said. “The last 15 years have continued to be a struggle, however, and so there are honestly no words to describe the joy that I feel in my heart today.” The beneficiaries were welcomed by Mayor Simić, who noted that a further six families would move into two neighbouring RHP buildings. 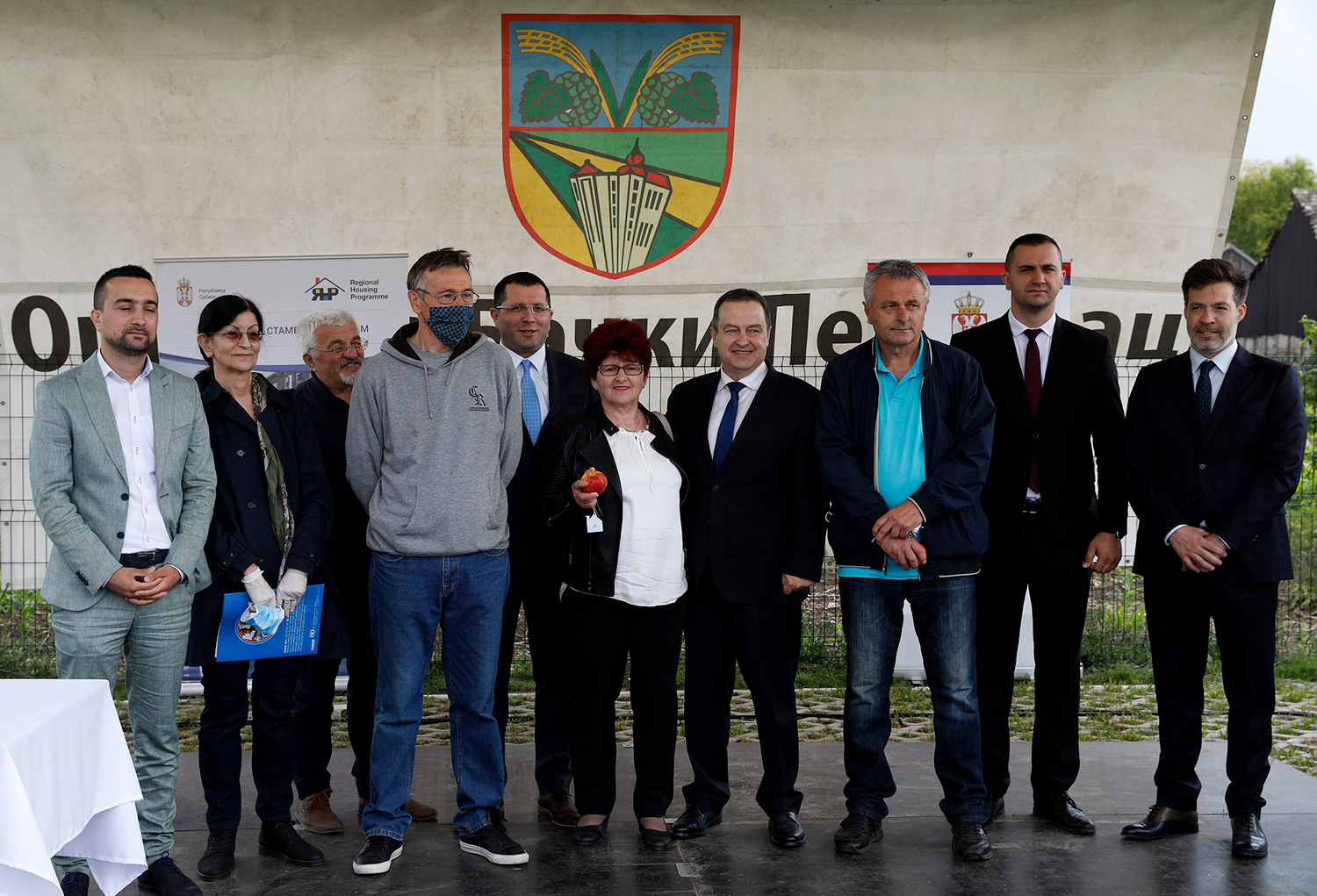 On behalf of UNHCR and the OSCE, Jadranka Marić congratulated all other RHP stakeholders. “This day is a concrete result of cooperation between public institutions at central and local level, international organisations and Regional Housing Programme Donors,” she said, pledging that UNHCR and the OSCE would continue their support to the RHP.

Later that day, a further 16 RHP families received the keys to their new apartments in Bačka Palanka, at a ceremony again attended by Minister Dačić; Commissioner Cucić; Secretary Stević; Ms Marić; Mita Lačanski, President of the Bačka Palanka Municipal Assembly; and Dušan Kovačević, Director of the Public Sector Projects Implementation Unit Ltd. Congratulating the beneficiaries on their new homes, which had been constructed under the SRB5 sub-project at a cost of approximately EUR 500 000, Mr Lačanski also commended the citizens of Bačka Palanka for the warm welcome that they had provided to the families. He added that the municipality had provided land for the building, in addition to electricity and water connections.

One of the beneficiaries, Jelena Knežević, had fled her hometown of Drvar with her family in 1995, when she was only four years old. Her father had been killed in the conflict the previous year, leaving the family in a precarious financial situation. “This apartment means so much to us,” she said. “I am overjoyed! We have waited for this moment for such a long time. But this day is very special for all of the beneficiary families, not just ourselves. Thank you all.” 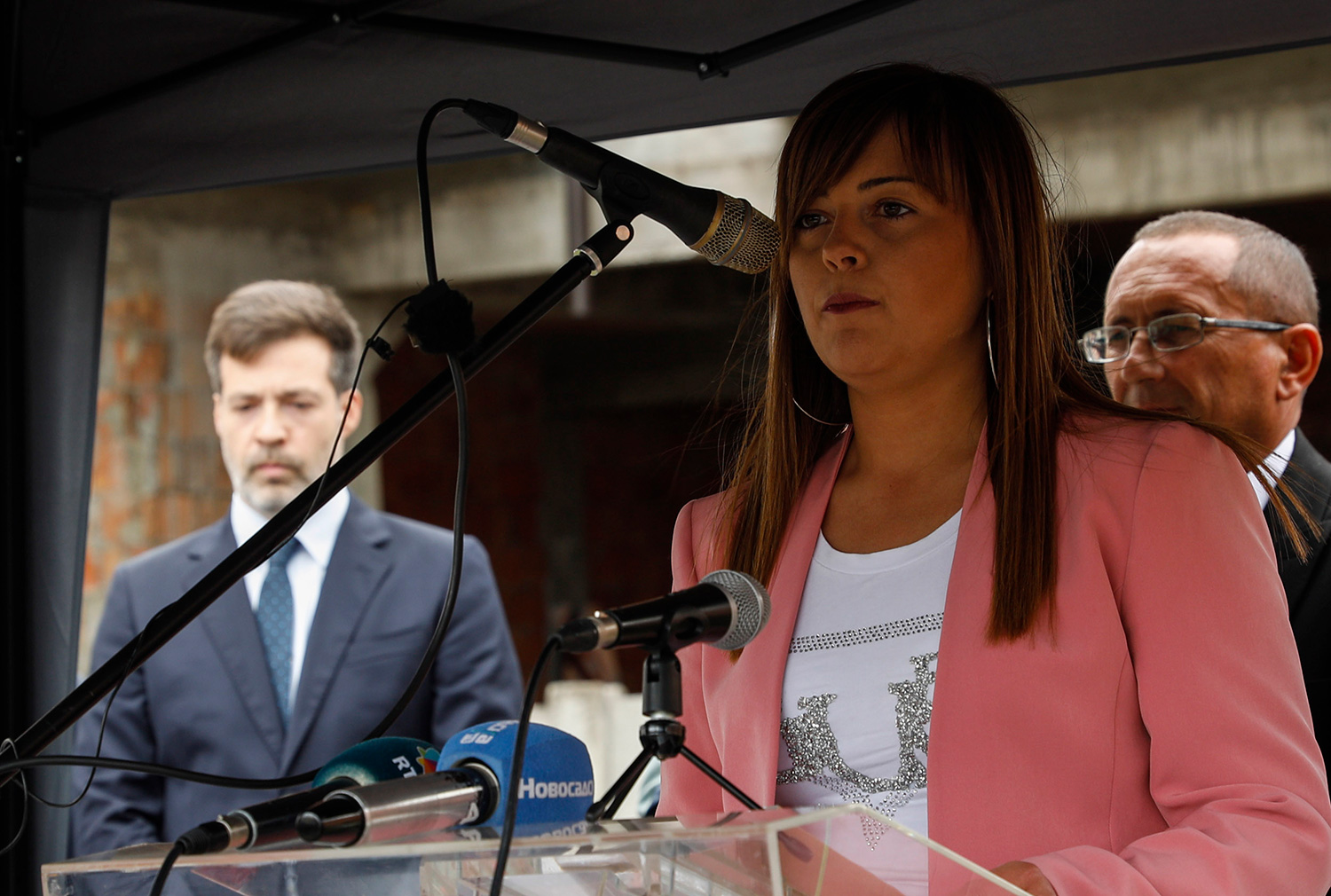 The celebrations finally concluded the following day with a ceremonial of delivery of keys to RHP apartments in Sevojno to a further 30 refugee and displaced families. Speaking at the event, Minister Dačić thanked all RHP Donor countries and in particular the main Donor the European Union, in addition to the UNHCR, the OSCE, the Council of Europe Development Bank and other RHP stakeholders who had helped to make the sub-project possible.