Sarajevo, Bosnia and Herzegovina, 19 June 2021 – During a mission to Bosnia and Herzegovina (BiH), United Nations Under-Secretary-General and Special Adviser on the Prevention of Genocide, Alice Wairimu Nderitu, took the opportunity to visit two RHP beneficiary families in their new apartments near Sarajevo.

The first beneficiary visited was Anes Hadžiahmetović and his family. Anes recounted his flight from the municipality of Trnovo in BiH during the 1990s conflicts in the former Yugoslavia, and the subsequent years that he and his wife had spent moving between various forms of accommodation. In 2018, after moving a total of 17 times, the family received a new apartment in an RHP building in Ilidža, close to Sarajevo.

Today, Anes has two children, the eldest of whom, Sara, is 11 years old and attends a school for children with special needs, while the younger, Ismail, is seven years old, and attends primary school. Anes is the sole breadwinner of the family. 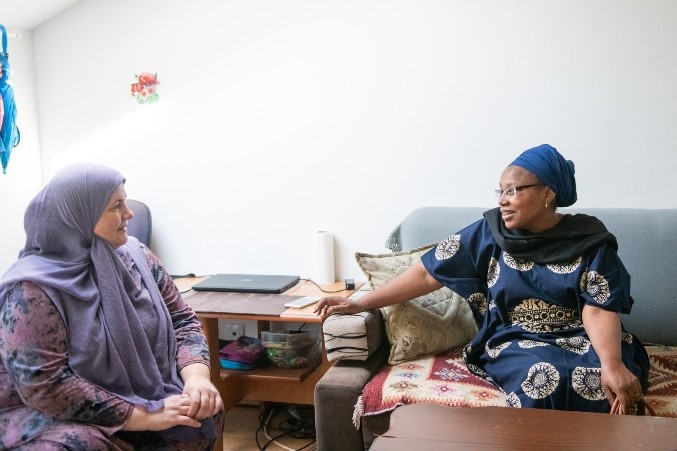 The second beneficiary visited was Hava Čavrk, a single mother who lives with her daughter, Ajla, in Ilidža. During the war, Hava had to change accommodation five times, after which she and her daughter lived for 15 years in a neglected cottage in Vlakovo, near Sarajevo.

In 2018, the two women became tenants of their new RHP apartment. Hava currently works as a carer for the elderly, while Ajla has successfully graduated from medical high school and, thanks to funding from the U.S. Government, has received a scholarship from the NGO Catholic Relief Services (CRS) for further education. Ajla’s hobby is making African hairstyles, which she proudly showed to Ms. Wairimu Nderitu.

Hava was keen to emphasise the impact that their new home had had upon their lives. “I thank all the good people who helped us to finally find a home, and especially those who provided the funds for housing for the most-vulnerable families,” she said. “I will never forget the moment that we received the keys to this apartment.” 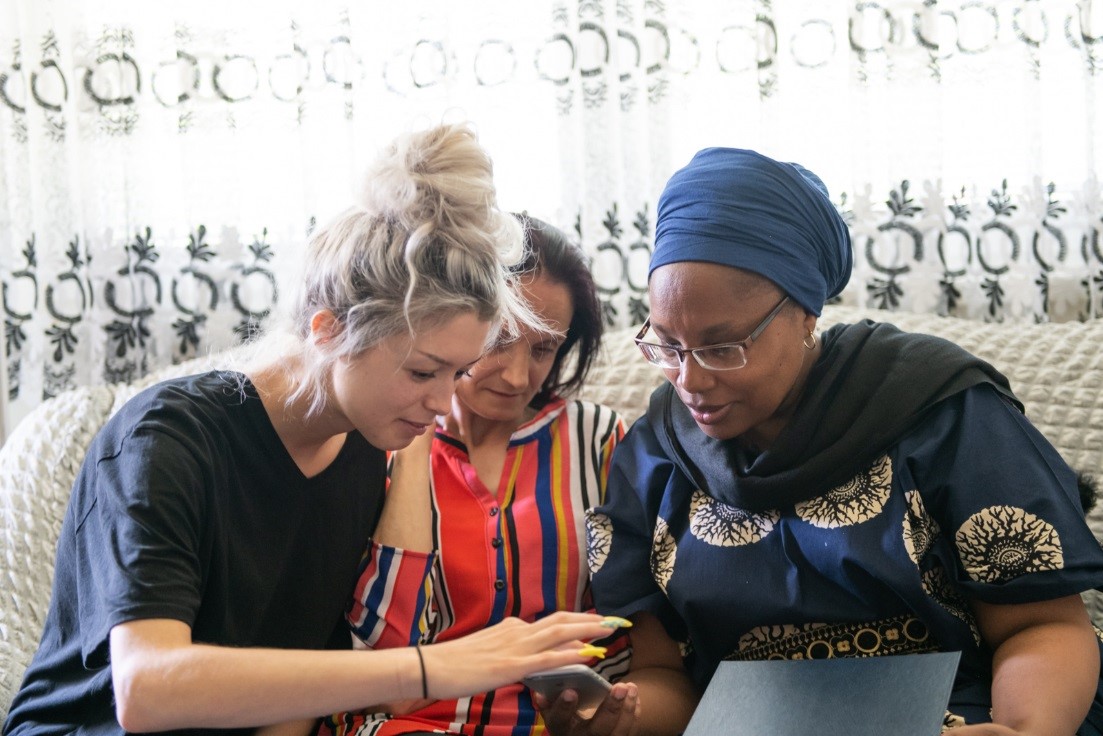 Ms. Wairimu Nderitu with the Čavrk family, Mario Pavlović from UNHCR, and colleagues

Reflecting on her visits to the families, Ms. Wairimu Nderitu stated: “Ahead of World Refugee Day, I had the privilege to talk and listen to the families who are beneficiaries of thе Regional Housing Programme. Speaking and listening to these people has been one of the most valuable things that I’ve done since I arrived in BiH.”