“I see a lot of happy faces”: 48 refugee and displaced families receive keys to RHP-financed homes in Banja Luka, Bosnia and Herzegovina

Banja Luka, Bosnia and Herzegovina, 9 June, 2020 – There was a jubilant atmosphere in the settlement of Kuljani in Banja Luka, Bosnia and Herzegovina (BiH) today, as Regional Housing Programme (RHP) stakeholders gathered to celebrate the delivery of new homes to 48 refugee and displaced families, bringing the RHP closer to its goal of delivering homes to approximately 3 200 families in BiH by 2022.

The cost of works on the three apartment buildings, which were constructed under the RHP sub-project BiH3, was over EUR 1.1 million. The main Donor to the Programme is the European Union, followed by other key Donors, namely the United States of America, Germany, Norway, Switzerland and Italy. 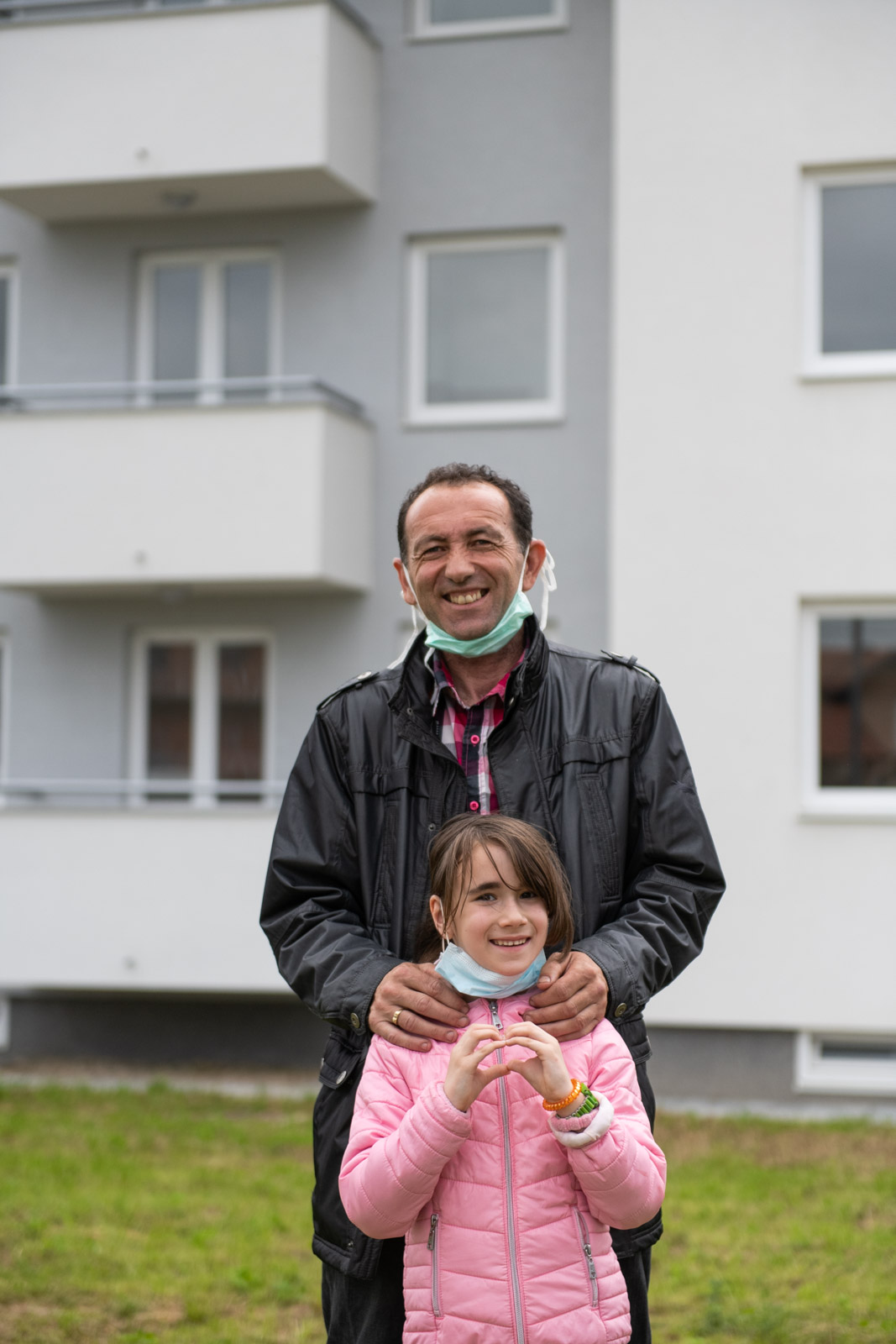 The event was attended by Ms Željka Cvijanović, the President of Republika Srpska (RS); Mr Radovan Višković, the Prime Minister of the RS; Mr Miloš Lučić, the recently-appointed Minister for Human Rights and Refugees in BiH; Ambassador Johann Sattler, Head of the European Union Delegation to BiH and EU Special Representative in BiH; Ms Lucie Gagné, Head of the United Nations High Commissioner for Refugees (UNHCR) Representative in BiH; Mr Igor Radojičić, the Mayor of Banja Luka; Mr Marko Aćić, Acting Director at the Republic Secretariat for Displaced Persons and Migration; and Ms Amela Tandara, representing the Organization for Security and Cooperation in Europe (OSCE). 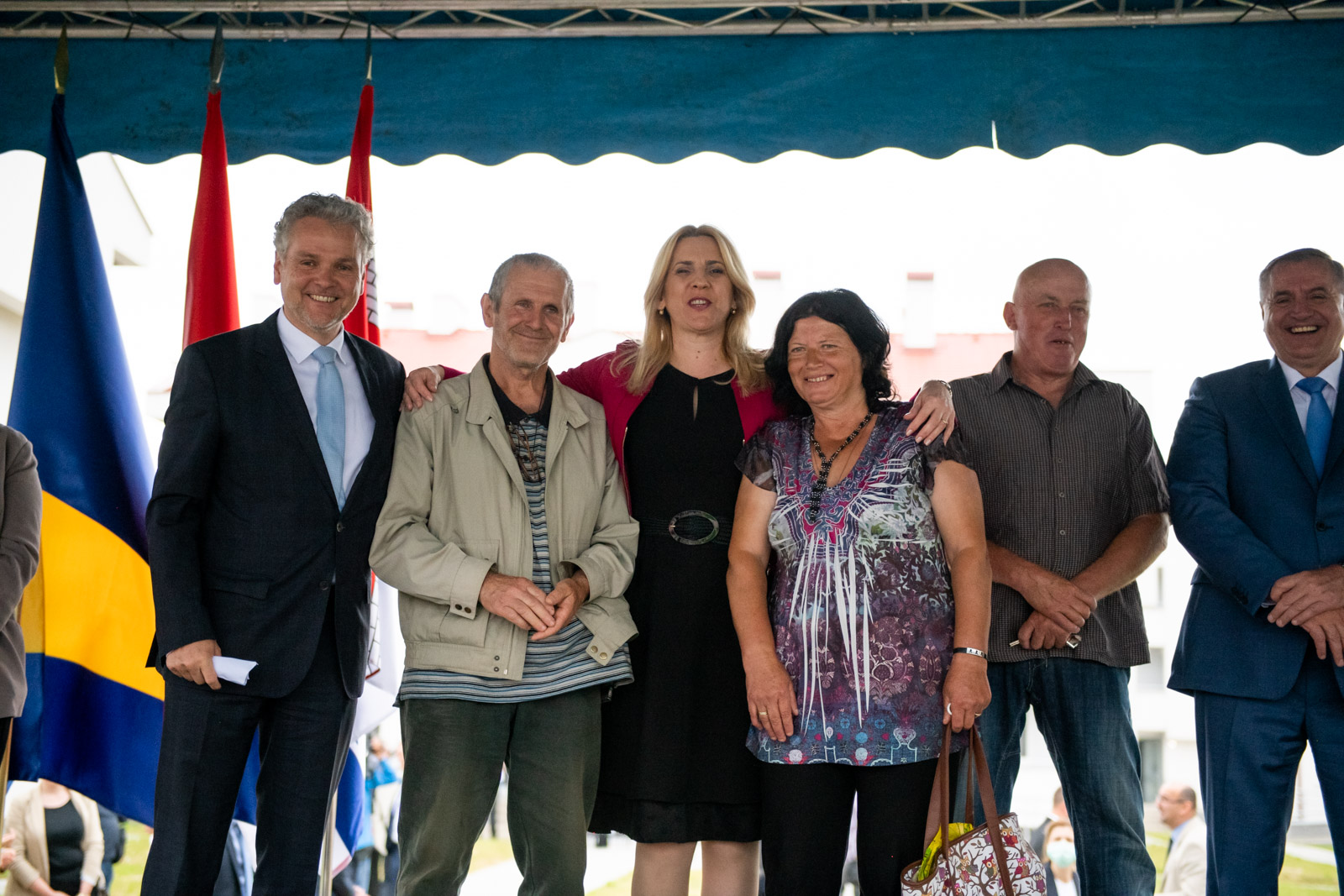 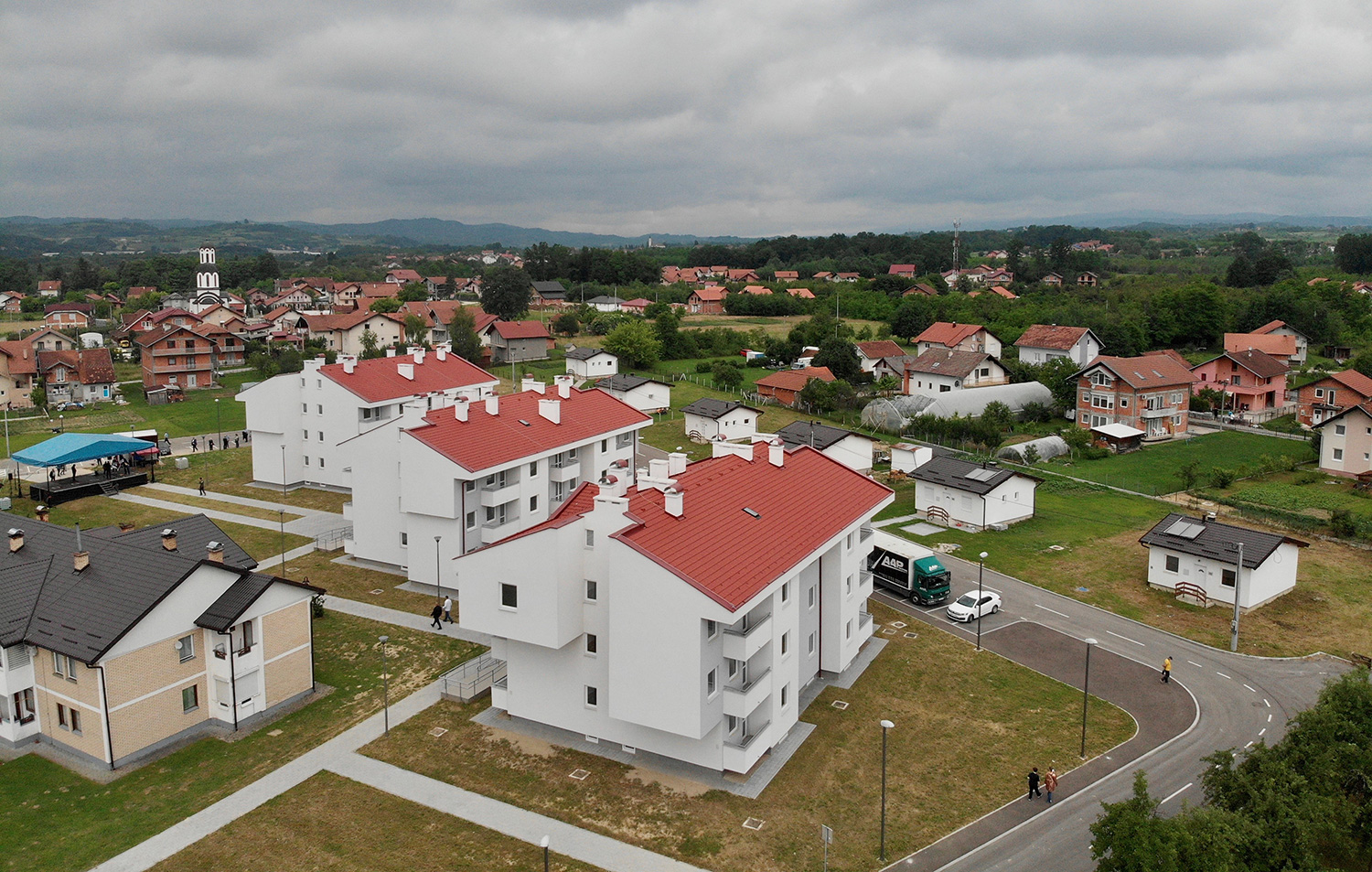 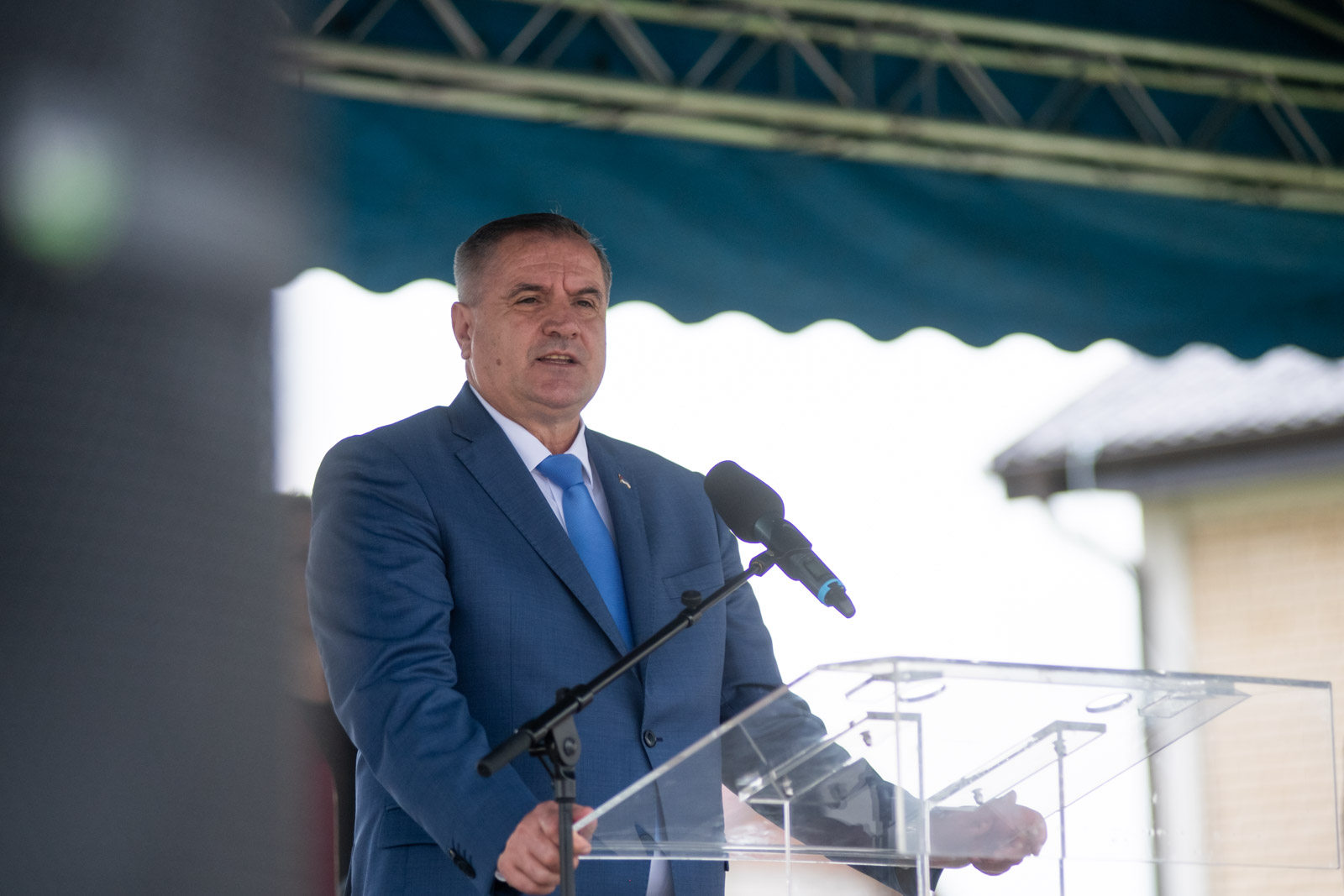 Congratulating the families on their new homes, Ambassador Sattler thanked the BiH, Republika Srpska and the city of Banja Luka authorities, which had all played key roles in the sub-project. “The European Union was built on the basis of solidarity, and we are happy to share this solidarity with our closest partners who are on their way to the European Union,” he added. “I am especially happy to be joined by Anđa, Željko and other beneficiaries today. I see a lot of happy faces, and am very happy that the EU was able to provide a contribution to create better living conditions for you.”

President Cvijanović also expressed satisfaction with the outcome of the sub-project. ‟The success of the RHP is due both to significant cooperation between all levels of  government in BiH, and continued support from the European Union,” she noted. Prime Minister Višković agreed, thanking both the European Union as the largest RHP Donor, and the city of Banja Luka for providing the land and necessary infrastructure.

Minister Lučić observed that the buildings met all EU standards for modern housing, and that all apartments would be permanently owned by the local community and used for non-profit social housing. Mayor Radojičić meanwhile reflected on the importance of the RHP for the city of Banja Luka. “This represents a change in policies and a new social dimension that has been missing for decades,” he said.

Speaking on behalf of the RHP Partner Organisations UNHCR and the OSCE, Ms Gagné stated: “It is my particular pleasure that this event is taking place on the eve of World Refugee Day on 20 June, when we mark the strength and resilience of millions of refugees and internally displaced people across the globe. As the RHP enters its final phase, it is crucial to uphold the required standards for selecting beneficiaries, and to ensure that the offered solutions are truly comprehensive, enabling people to rebuild their lives in dignified and sustainable conditions. UNHCR and OSCE continue to stand ready to assist in these important tasks.” 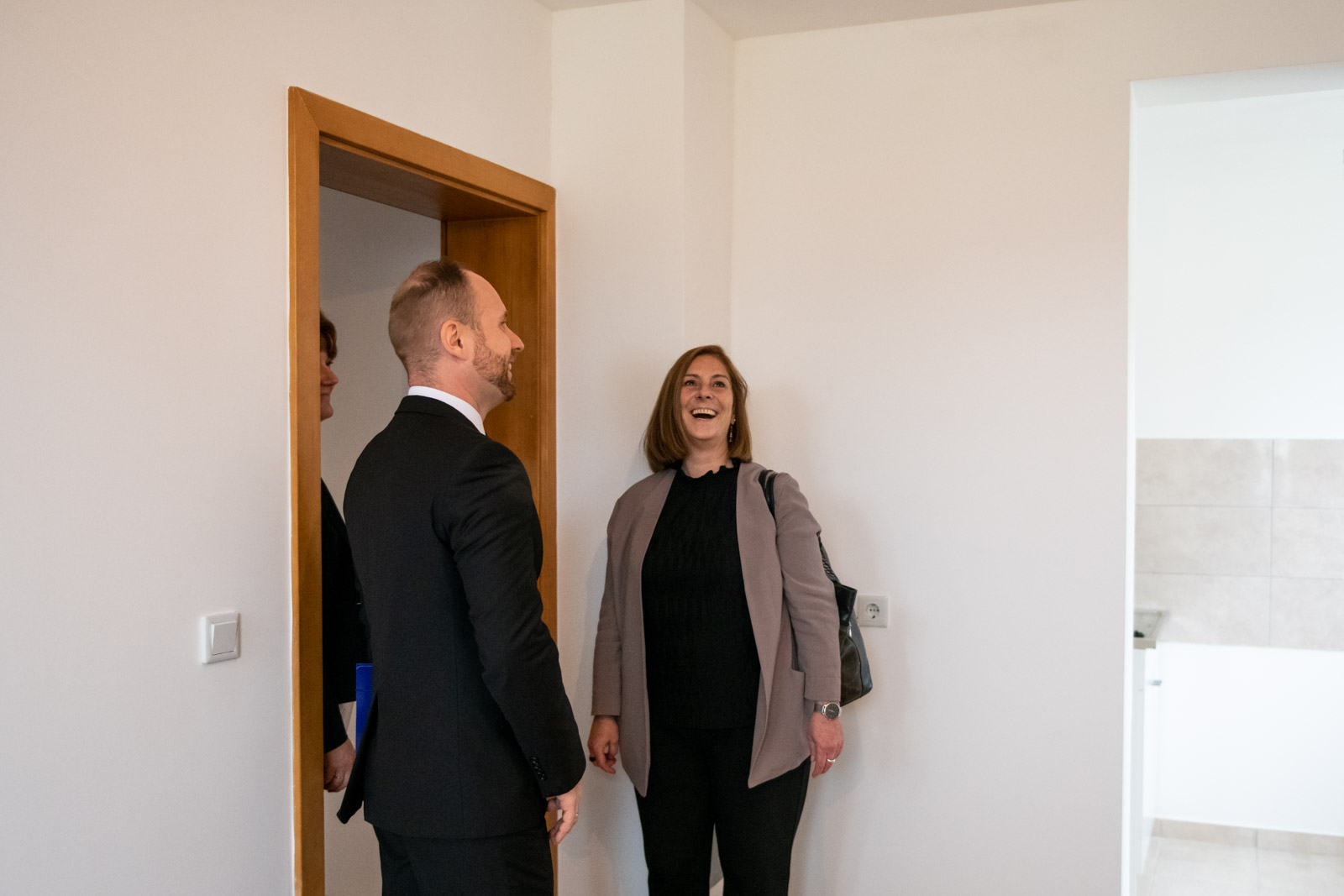 Ms Gagné with Mr Aćić in one of the RHP apartments, Banja Luka

A number of beneficiaries were unable to hide their delight at finally receiving homes after many years in temporary accommodation. One, Mr Dragan Tica, remarked: “Since fleeing Bosansko Grahovo, my family and I have remained in insecure lodgings. Thank you to all Donors who made it possible for us to finally secure a roof over our heads.” Ms Anđa Boroje, who lived with her daughter Ljiljana, surviving on a small pension, commented: “Conditions in our previous accommodations were difficult. I’m very grateful… I cried when I got the keys.” Mr Goran Janković added: “I am so happy.. I hope that those who do not have an apartment will also soon receive a roof over their heads. A new life begins for us today.” 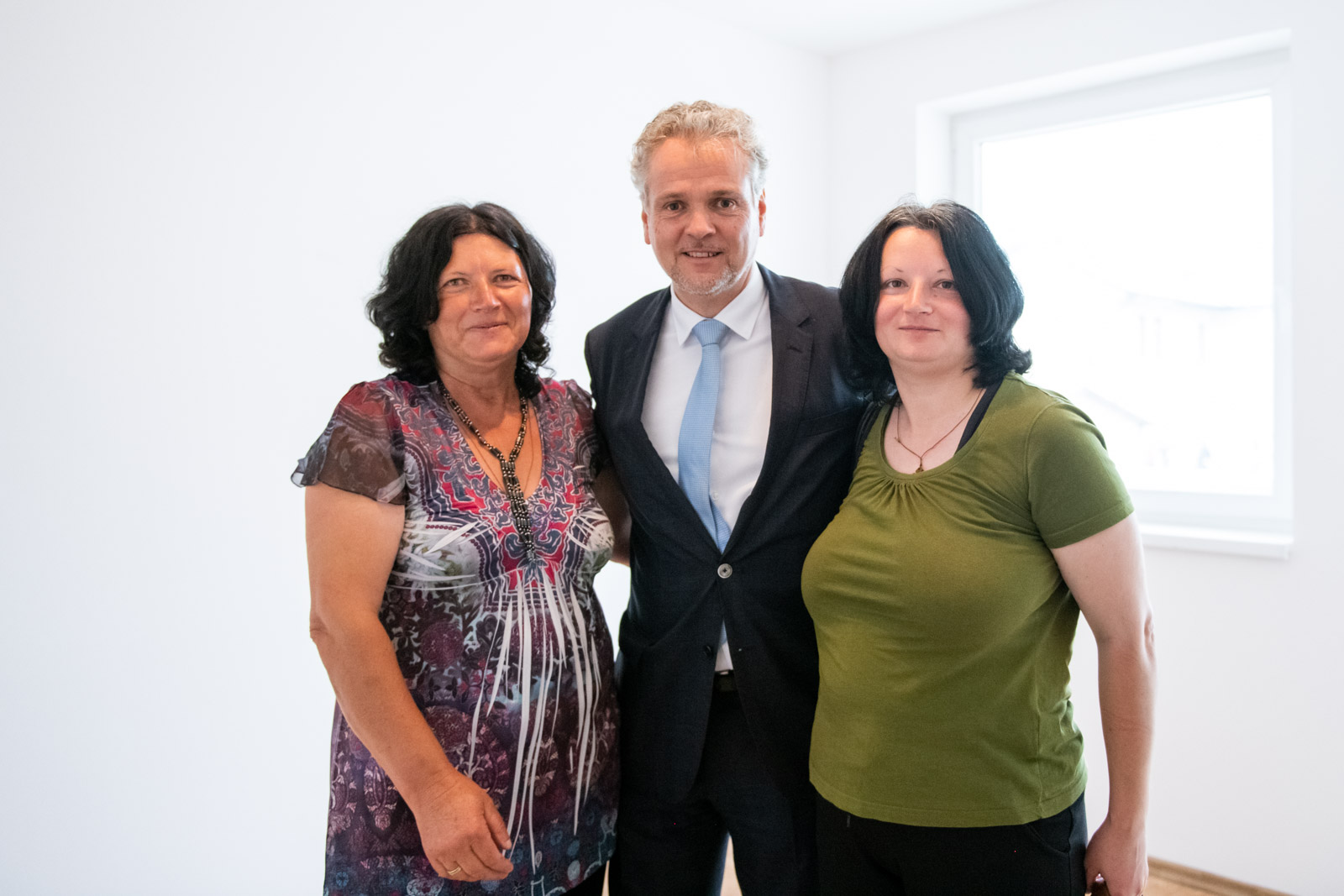 Ambassador Sattler with RHP beneficiary Ms Boroje and her daughter 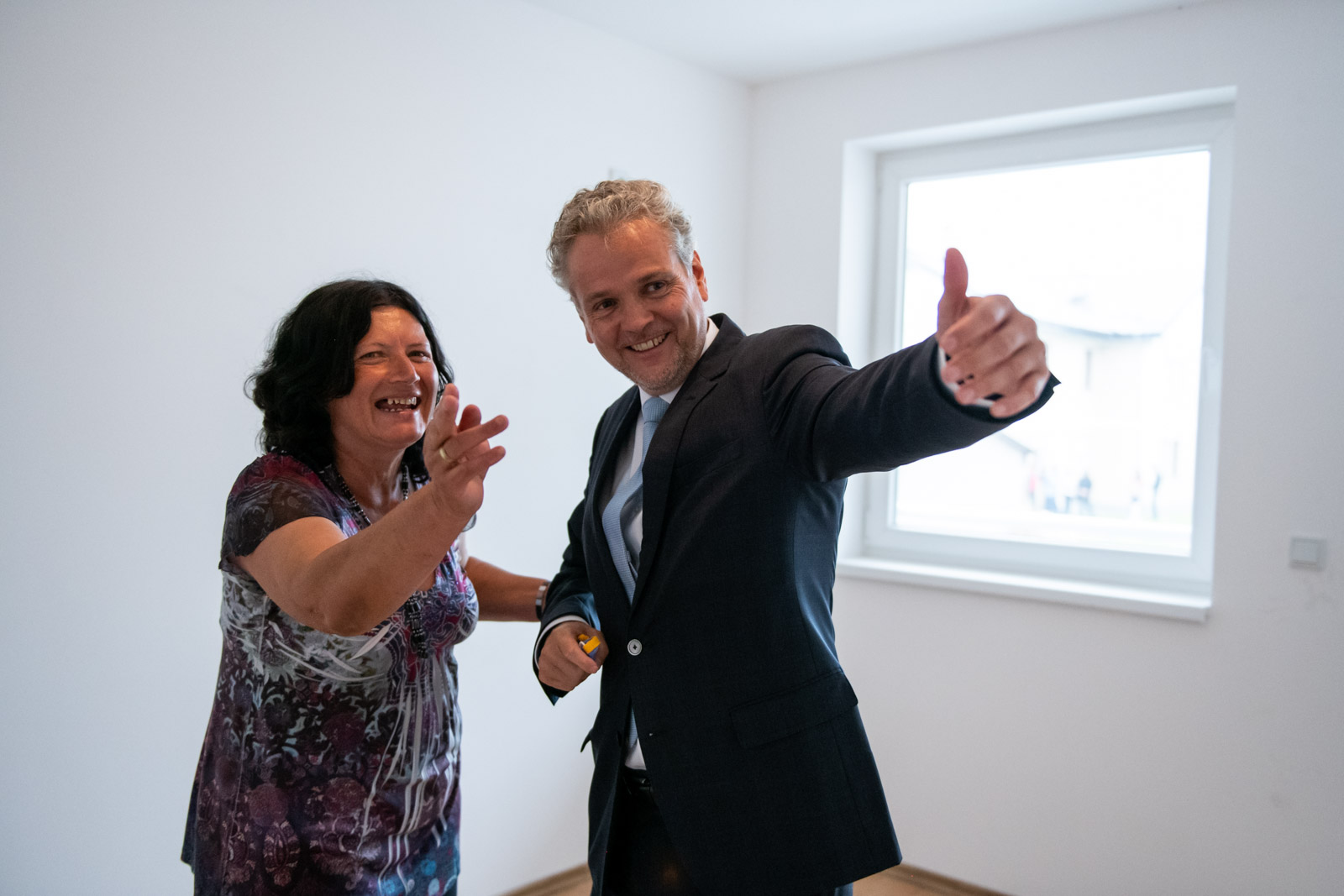 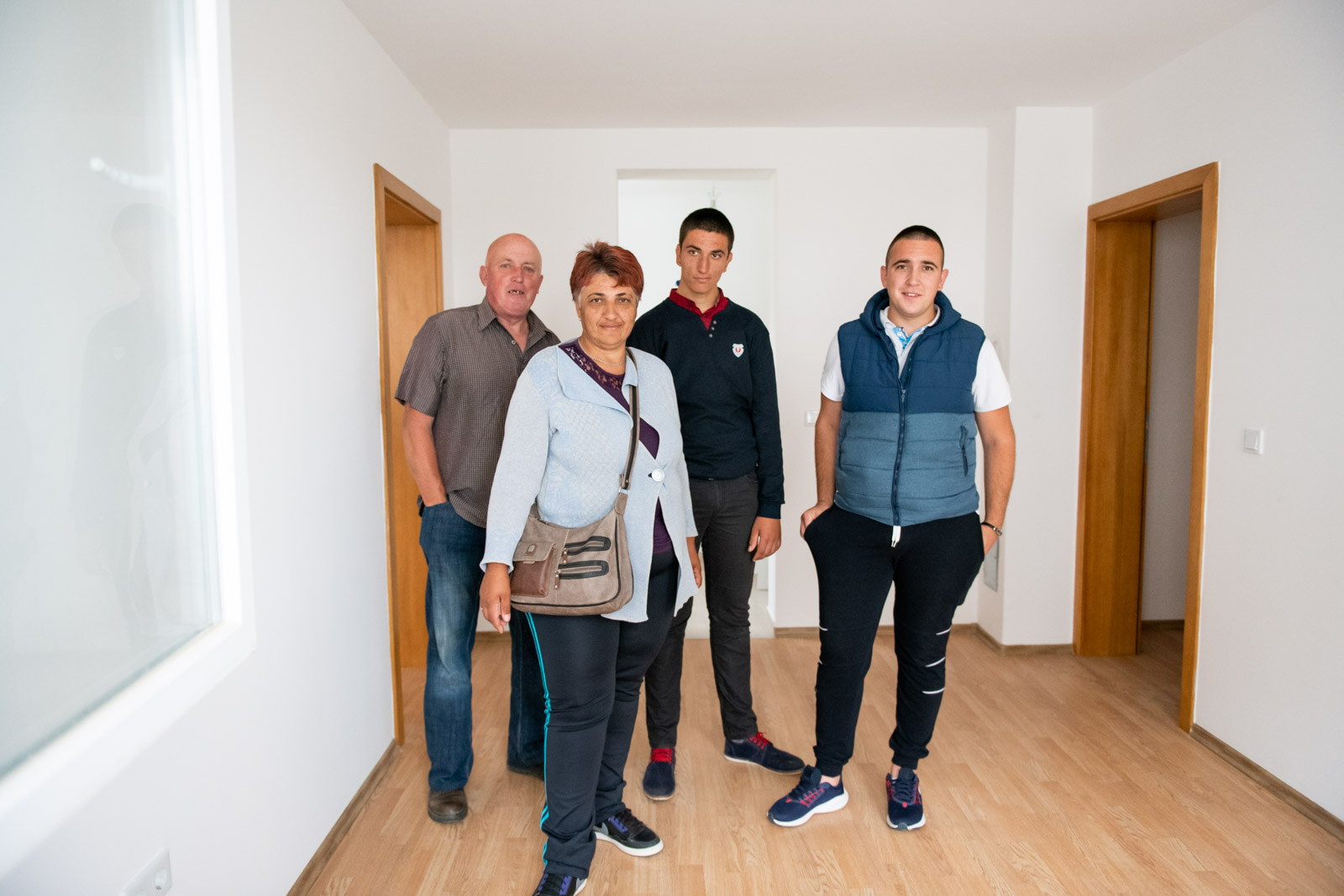 RHP beneficiaries in their new home 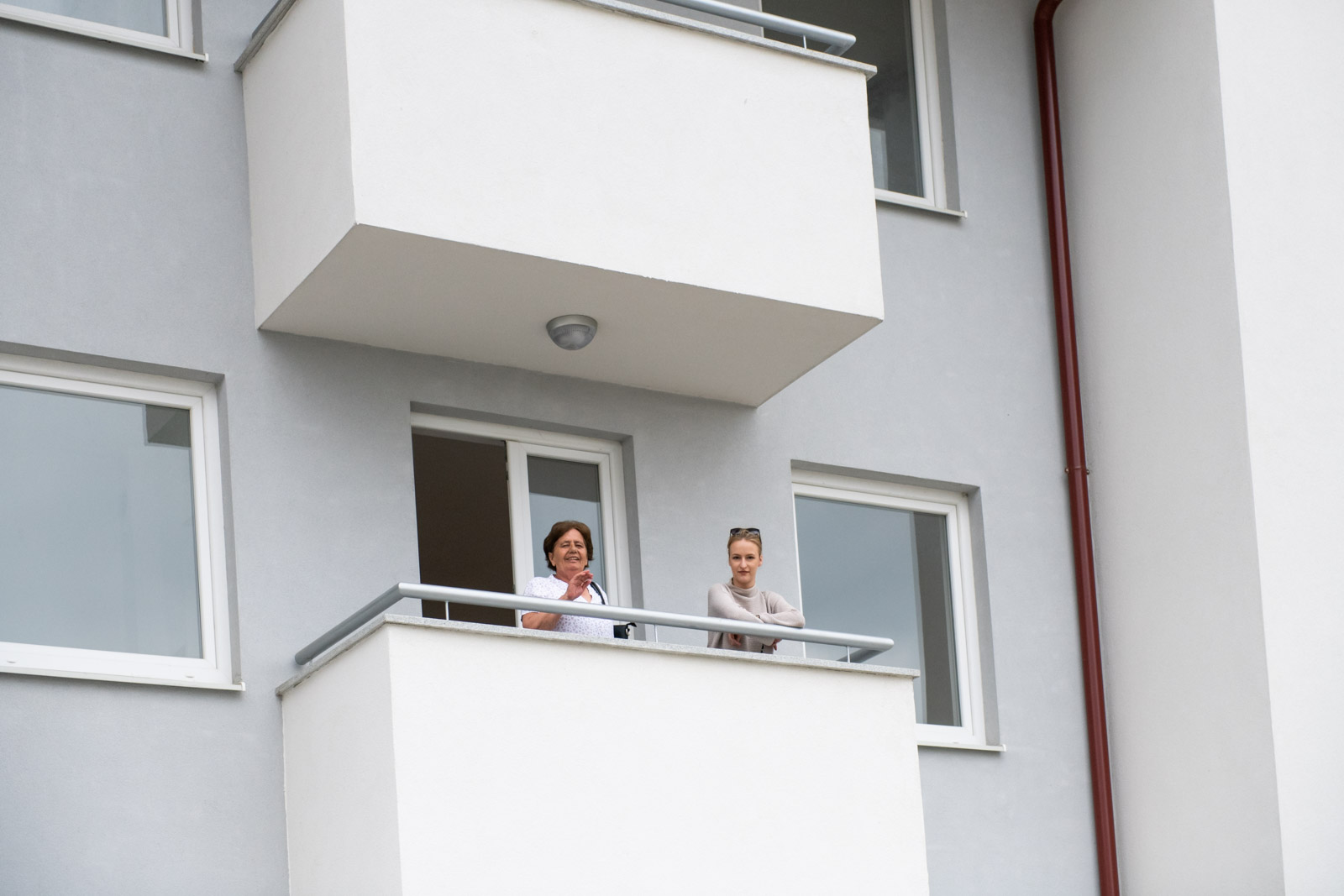