Podgorica, 12 December 2018 – After almost two decades of living in sheds and containers, the remaining 51 families of the Konik Camp moved into their new RHP-financed apartments today. 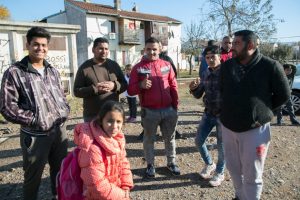 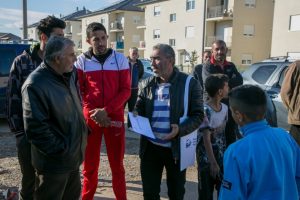 The Konik Camp, located next to the city of Podgorica, is Europe’s longest operating refugee camp, settled by Roma and Balkan Egyptians who fled violence in Kosovo in 1999.

To resolve the housing issues of this very vulnerable population group, the European Union has already financed 48 apartments in 2015, through the “Instrument for Pre-Accession Assistance” (IPA) funds. The Regional Housing Programme provided additional 120 apartments in November 2017. Thanks to savings, a further 51 families have today received new homes, thus enabling the closure of the Camp. 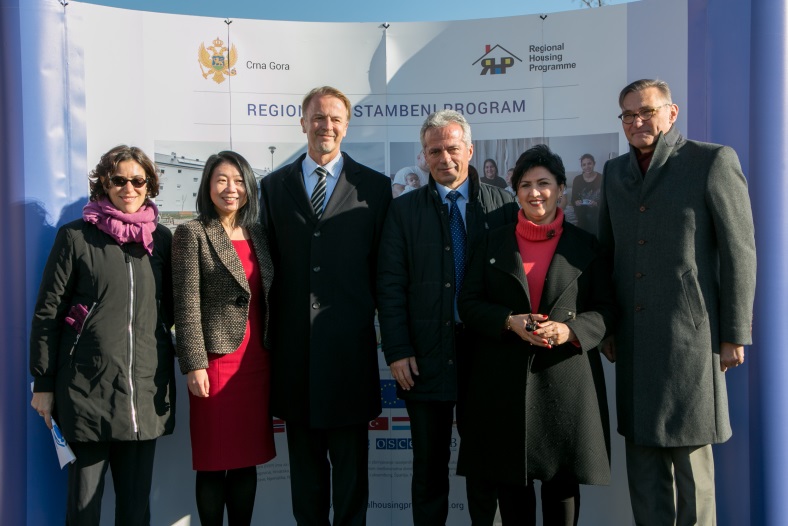 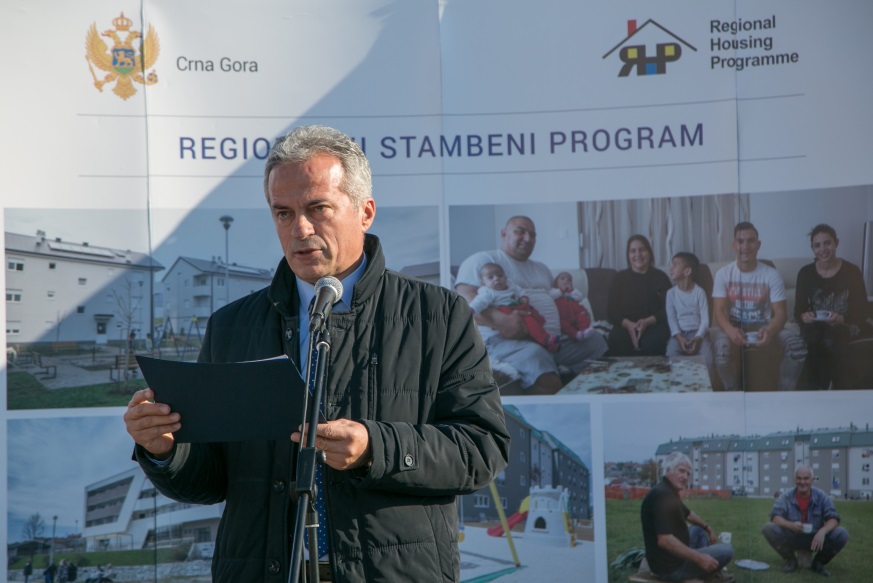 Kemal Purisic, Minister of Labour and Social Welfare, stated: “By completing this project, the Ministry of Labour and Social Welfare of Montenegro is officially closing the Konik Camp, together with the donors who recognised the importance of this initiative to our society. One of the main goals of our Ministry was to enable quality integration of the most vulnerable refugees and displaced persons from the ex-Yugoslav republics into our society – the goal which we achieved today.”

Deputy Mayor of Podgorica Sladjana Vujacic said that the City of Podgorica’s investment in the land and infrastructure has confirmed the city’s dedication to solving the needs of the most vulnerable social groups and helping them integrate fully into the society. 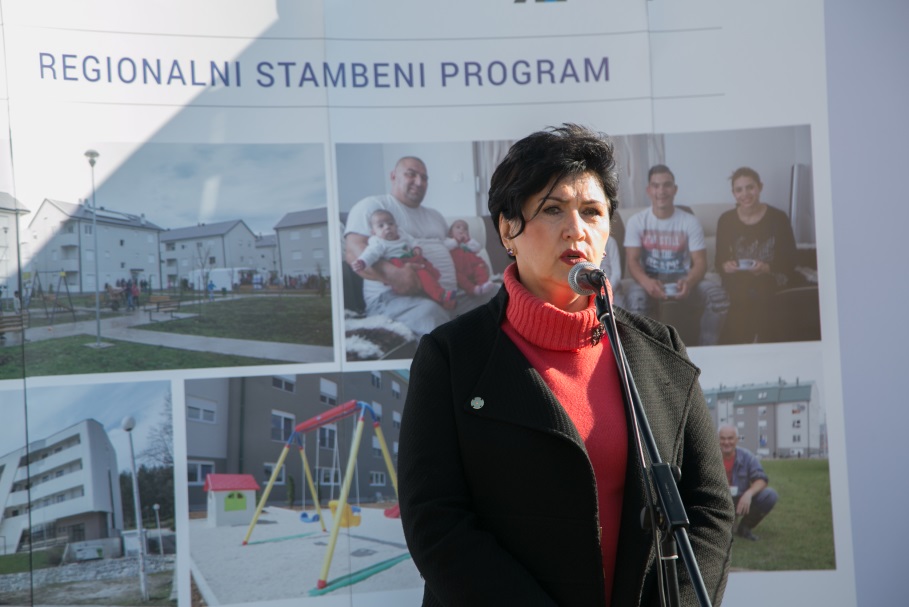 Semiha Borovac, Minister for Human Rights and Refugees of Bosnia and Herzegovina: “We, the representatives from the Partner Courtiers Serbia, Croatia and Bosnia and Herzegovina, came here today to give support and share our joy with our Montenegrin colleagues, but also to confirm our dedication to this unique programme. Besides providing housing to ex-Yugoslav refugees and internally displaced persons, we also show that regional cooperation brings visible result and continuous trust between our countries, thus bringing us closer to becoming EU members.” 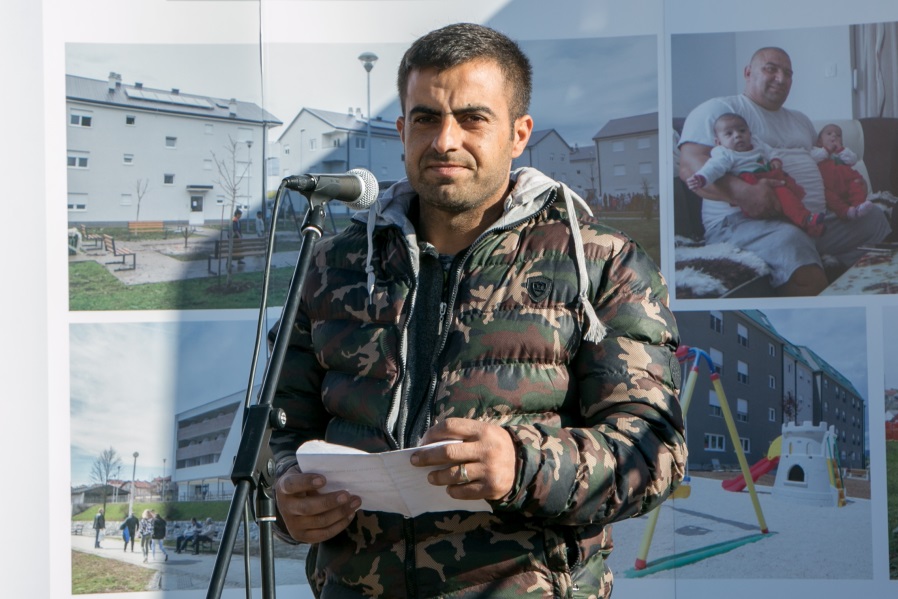 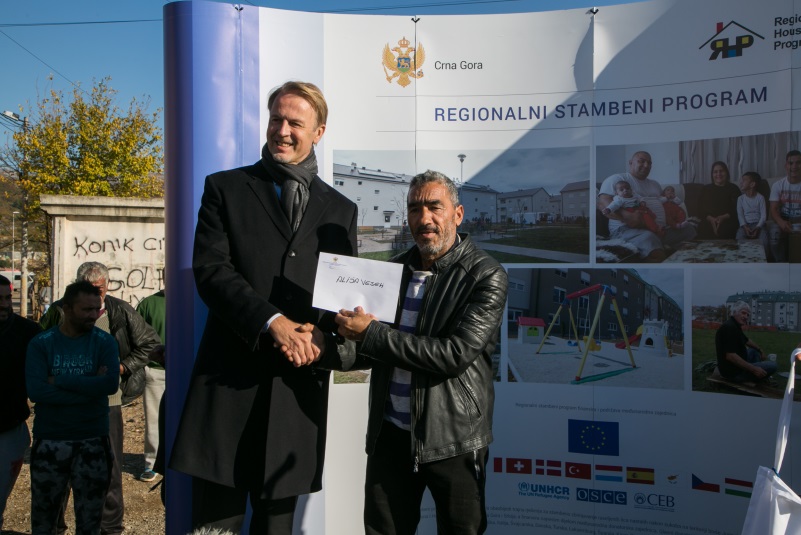 Beneficiary Sebastian Krasnici: “I arrived with my family to Podgorica from Kosovo in 1999. With the help from the Red Cross, I managed to finish school and became car technician. Now I am married and have 6 children. Today I’m happy like a child – my dream to provide a home for my family has come true.”

H.E. Aivo Orav, EU Ambassador and Head of EU Delegation to Montenegro: “The EU is the biggest donor to this initiative, with EUR 23 million pledged for the RHP in Montenegro. Besides housing, the EU is also contributing to other aspects of social inclusion of this vulnerable group, for example by assisting in access to health services and education for children from Camp Konik – over 700 children are enrolled in 8 city schools in Podgorica, with the organised transportation being provided every day.” 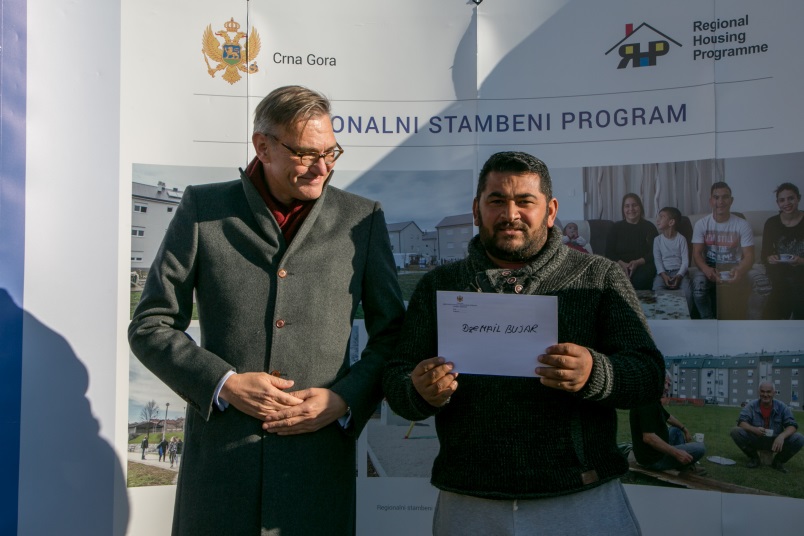 H.E. Robert Weber, Ambassador of Germany to Montenegro: “Migration is one of the most burning issues in Europe today; we can see that almost 20 years after the conflicts in this region, we are still facing the consequences. I would like to honour especially small countries for taking over the burden of resolving these consequences, for which they need our help. Konik camp can be seen as a symbol of hope for people to get a new start – may the sun shine over Konik as long as possible!”

Judy Kuo, Deputy Chief of Mission, U.S. Embassy in Montenegro: “I remember a very similar event a year ago, when we delivered keys to the new apartments to 120 families of Konik Camp. We witnessed together the happiness of people who had been living in sheds and containers for almost two decades. Today, their neighbours share their happiness.” 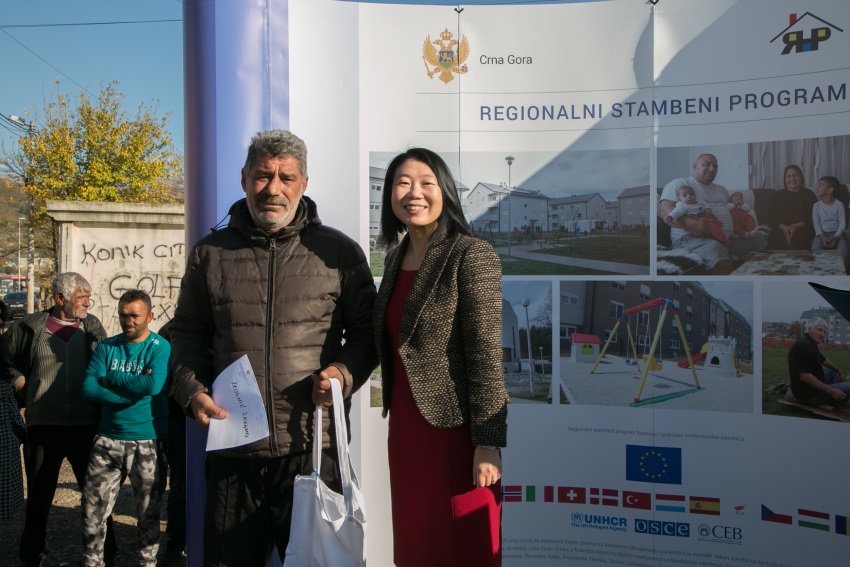 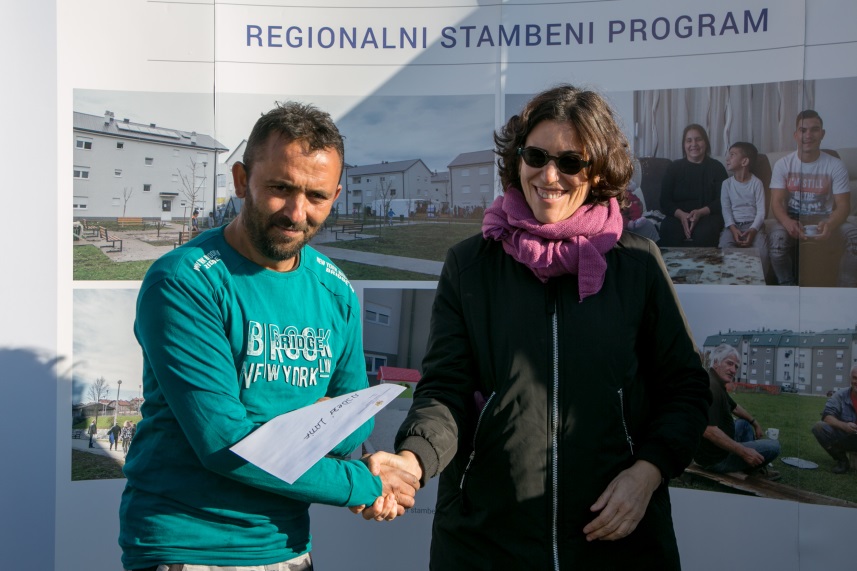 Roberta Montevecchi, UNHCR Representative in Montenegro: “I would like to emphasise the specificity of this project – thanks to smart management of funds and savings made while constructing the originally planned 120 housing units, the Montenegrin Government managed to provide additional 51 units for the residents of the Camp.”