Sarajevo, Bosnia and Herzegovina, 24 June 2022 – At the 20th meeting of the Steering Committee of the Regional Housing Programme (RHP) in Sarajevo, Bosnia and Herzegovina (BiH) today, RHP stakeholders warmly welcomed the formalization by Donors – in particular the European Union as the main RHP Donor – of the final 12-month extension of the Programme implementation period, until end-June 2023. The meeting followed a gathering of the Assembly of Donors the previous day, at which a number of key implementation issues, including Programme extension and the close-out phase of the RHP, were discussed.

Welcoming the participants to the Steering Committee meeting on behalf of the RHP Lead Institution in BiH, Miloš Lučić, the Minister for Human Rights and Refugees for Bosnia and Herzegovina, thanked RHP Donors and implementing partners for the trust and support that had been provided over the years to one of the most sensitive challenges that had marked the Western Balkans region – the provision of secure homes for displaced persons following the conflicts of the 1990s. He also underlined that one of the key ingredients of the success of the Programme had been the close cooperation and trust-building between the Partner Countries, assisted by the Council of Europe Development Bank (CEB), UNHCR, and the Organization for Security and Co-operation in Europe (OSCE). “This regional cooperation mechanism has proven to be a good model for future cooperation to address a number of regional challenges in the field of migration, such as asylum policy and current migration to Western Europe,” he observed. 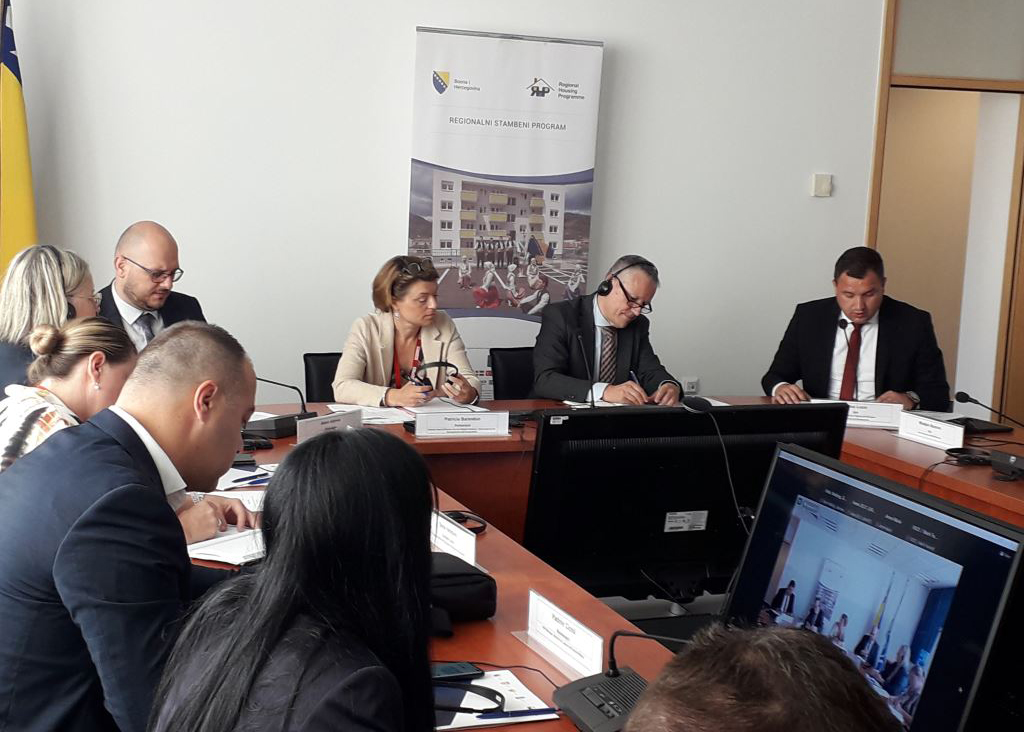 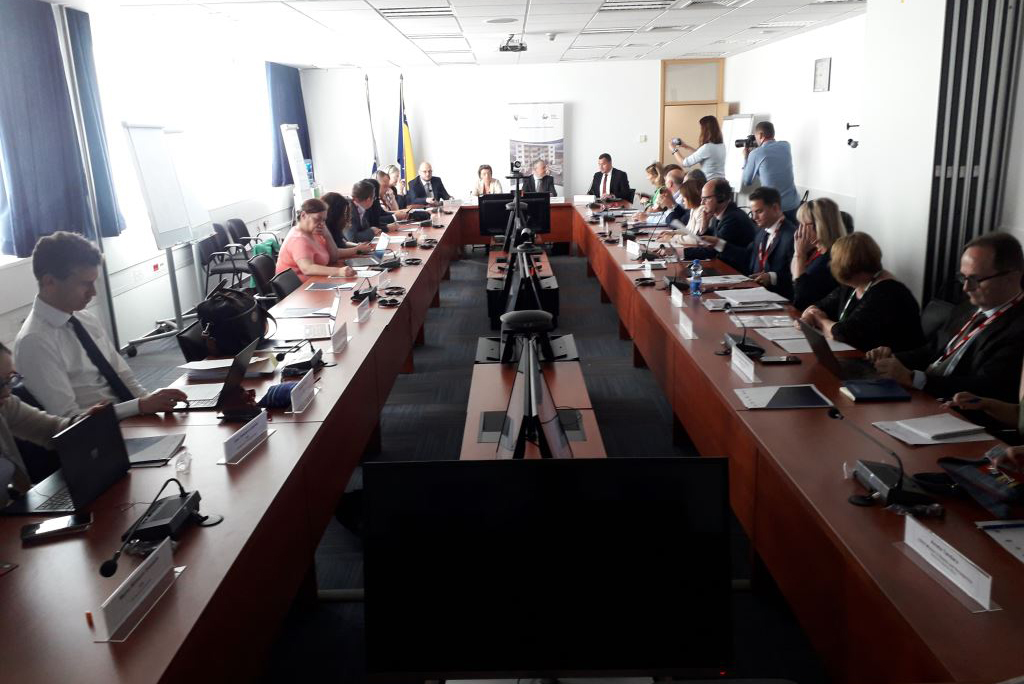 These words were echoed by the Minister of Labour and Social Welfare of Montenegro, Minister Admir Adrović, who expressed his pleasure to be part of a programme such as the RHP. “It has been a long journey, but we are moving in the right direction,” he added. “We will give our full support to the RHP in the coming final period.”

On behalf of the European Union, Holger Schröder, Head of Unit, Western Balkans Regional Programmes, Economic Investment Plan at DG NEAR in the European Commission agreed that the Programme had come a long way since its foundation in 2012, and noted that the hard work over the preceding years had resulted in remarkable achievements, namely the delivery thus far of more than 9 000 homes to close to 30 000 beneficiaries – the equivalent of a small city. In spite of the ongoing challenges – including rising energy and construction prices – he was confident that the RHP was on track to successfully accommodate roughly 35 000 beneficiaries by Programme-end. He additionally expressed great pleasure that the Donors had come to an agreement on the financing arrangements for the extension of the RHP until 2023.

Finally, representing another RHP Donor, Switzerland, Patricia Barandun, Deputy Head of the Western Balkans Division at the Swiss Agency for Development and Cooperation (SDC) also commended the RHP for the lasting difference that it had made to the lives of so many families, and its broader impact on regional cooperation. She noted that Switzerland would continue to actively support the Western Balkans region beyond the RHP, as evident in the launch of its development cooperation programmes in BiH and North Macedonia in 2021, and Albania, Serbia and Kosovo in 2022. 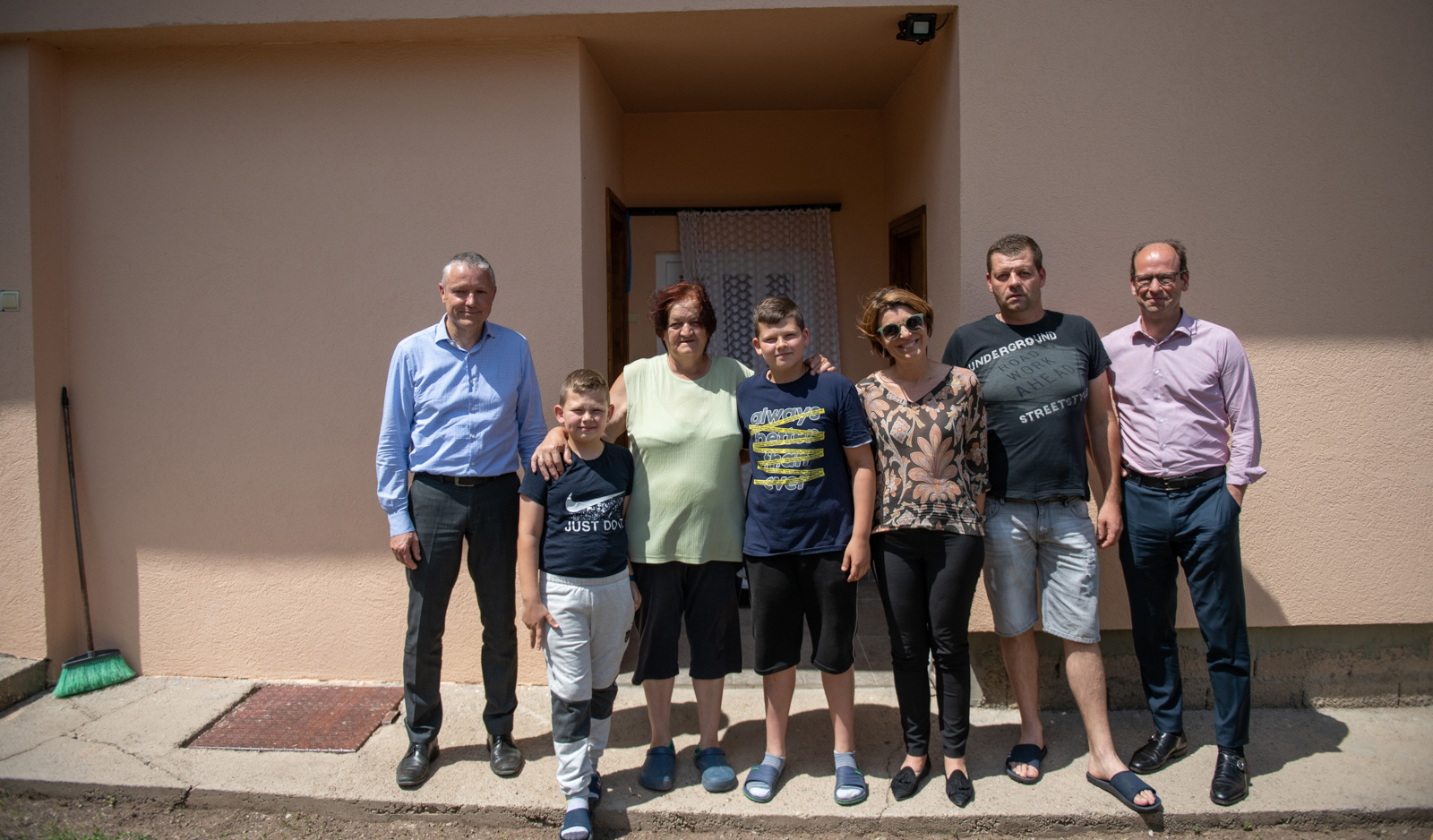 Kovilijka Gavric and family gather outside their reconstructed house with Holger Schröder and Patricia Barandun, in addition to Rainer Lovato of the CEB 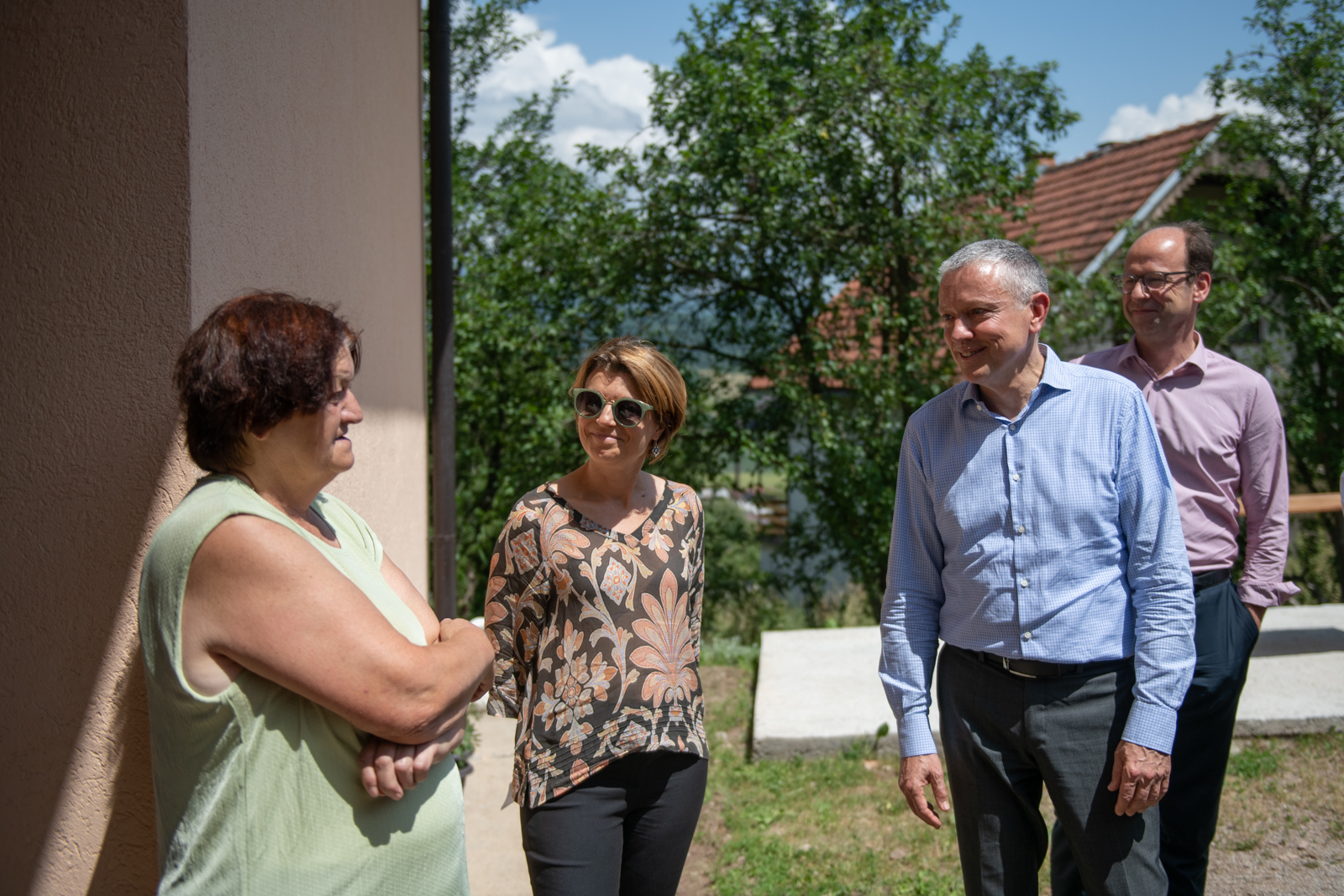 The Steering Committee meeting was preceded by a visit to the municipality of Rogatica in Republika Srpska, Bosnia and Herzegovina, on 23 June, at which RHP stakeholders toured a new building of 15 apartments, which will be ready to welcome new families later this year, and visited the reconstructed house of RHP beneficiary Kovilijka Gavric and her family. Ms. Gavric, whose husband was killed during the war, had fled with her sons to Rogatica in 1996, where she eventually purchased a ruined house and successfully applied for RHP assistance for its renovation. Today, she is happily settled in her fully-refurbished house, which she shares with one of her sons and his wife and children. 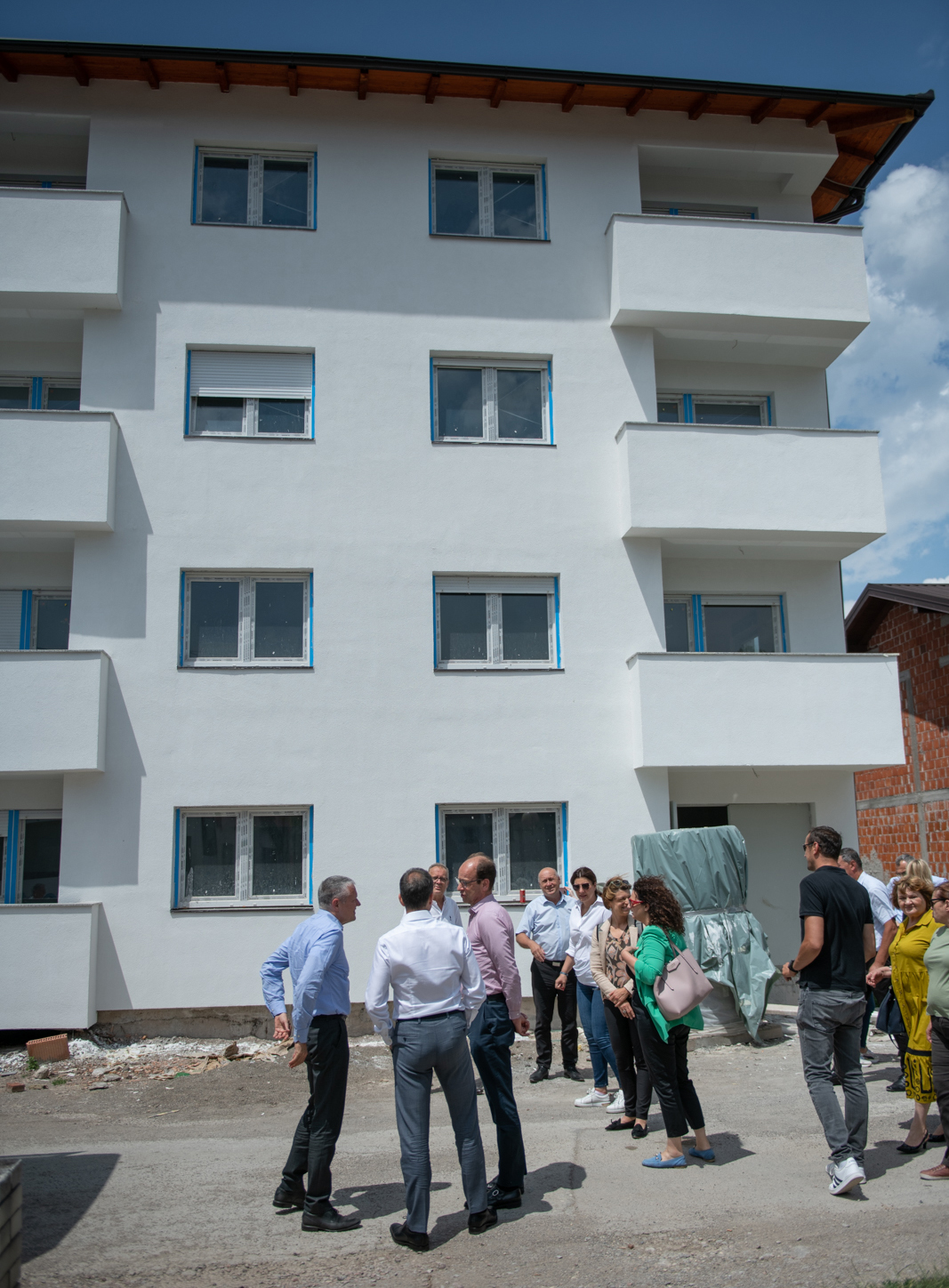