“A person can’t exist on their own – we all need friends and good people…”- Story of Mirjana Golic, Berane, Montenegro

Mirjana welcomed us with a broad smile, explaining that she considered herself to be fortunate, as she had healthy children and grandchildren, a good job and a beautiful apartment. One could never guess that she had not only survived war in ex-Yugoslavia with her two (at the time) very young daughters, but also a serious bus accident, which left her in a coma for 10 days and one side of her body temporarily paralyzed. 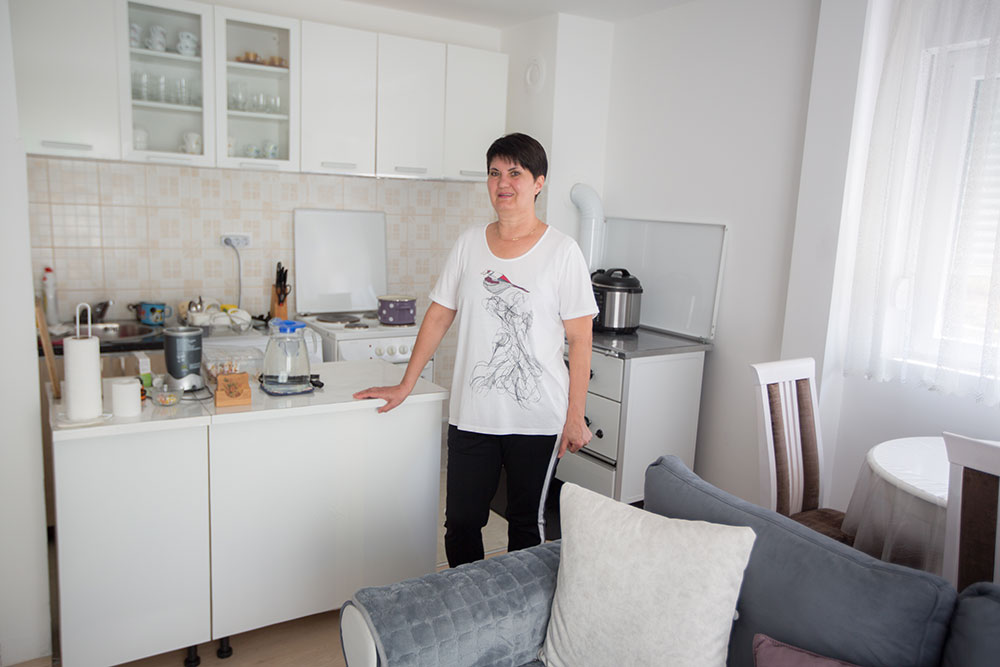 Prior to the outbreak of war, Mirjana lived in the small town of her birth, Vitez, in Bosnia and Herzegovina, where she finished her studies, met her husband and started a family.

Their two daughters were only few years old when the war began. As the town was put under siege, they were unable to leave until 1995, when her older child was 10 and the younger one seven. 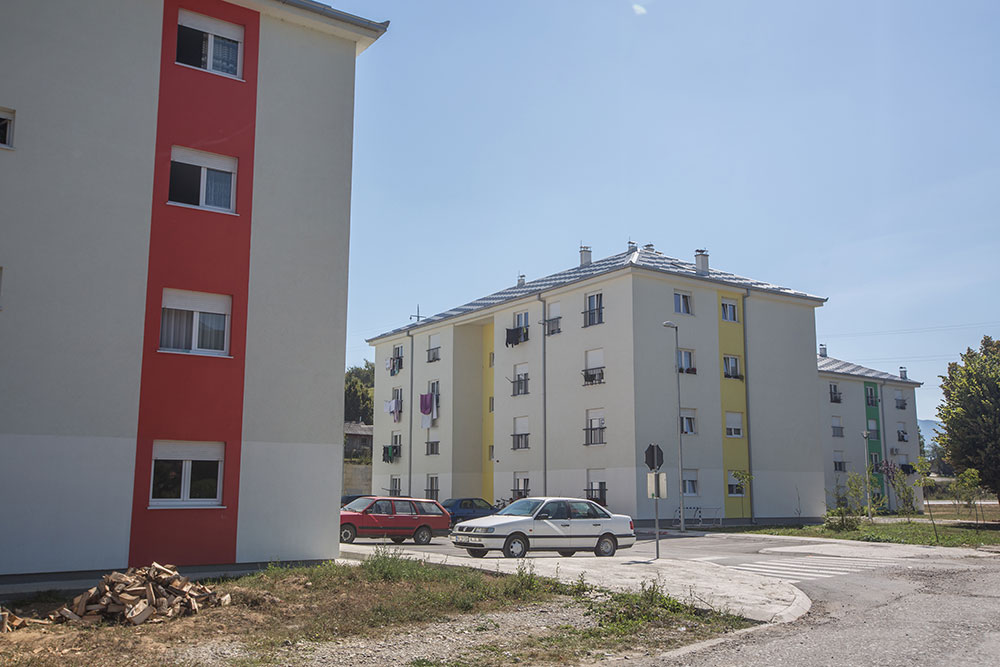 They moved to Berane, Montenegro, invited by friends who offered to help them settle and find work. Both Mirjana and her husband are technology engineers, and soon managed to find employment – Jovan in the local chemical industry, and Mirjana in the confectionery factory Soko Stark.

The family secured accommodation from the municipality of Berane, in the Bosnian refugee settlement Rudes I, first in a small room with shared bathroom, and later a two-room apartment. 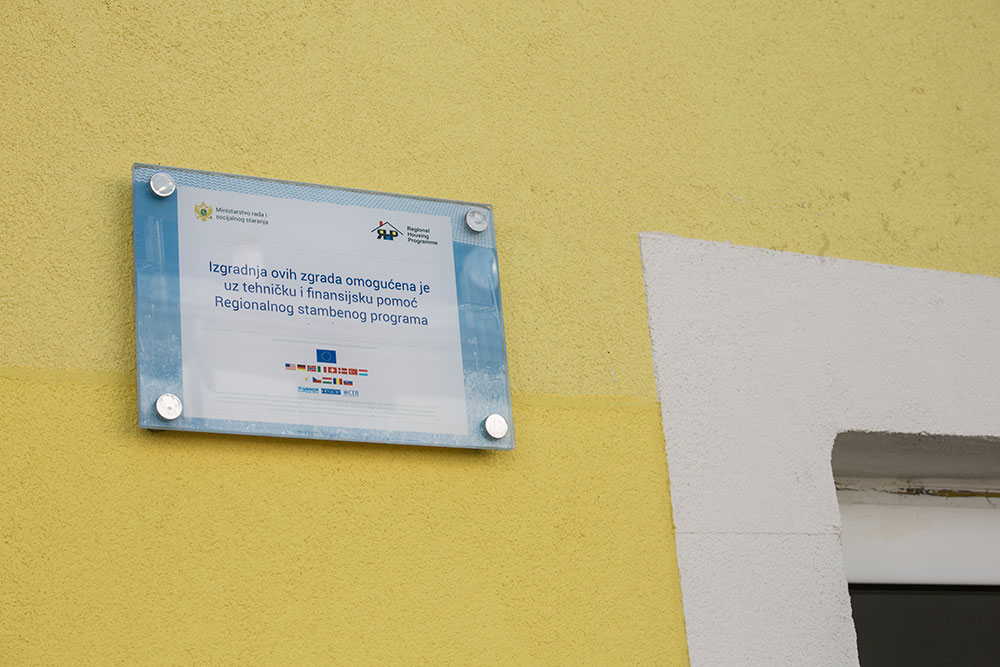 The elder daughter completed economics studies in Podgorica and found work in a bank, while the younger daughter, who is a physical therapist, received start-up assistance from the German NGO HELP in the form of a massage table and other therapy equipment.

In March 2019, Mirjana and her family moved into one of 92 newly constructed RHP apartments in Berane. 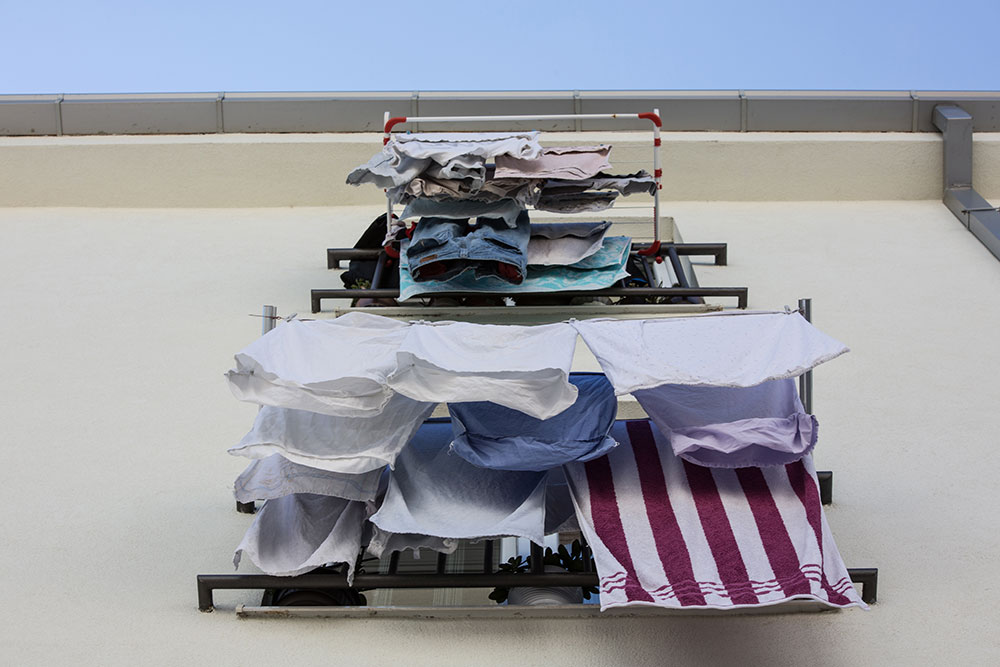 “A single person can’t do anything without help from friends and good people”, said Mirjana. “We are thankful to all those who helped us survive through the difficult times.”