“Better childhoods for all our children”: Keys to new RHP apartments delivered to 40 refugee and displaced families in Kruševac, Serbia

Kruševac, Serbia, 16 September 2020 – The bright skies appeared to reflect the mood of those gathered in Kruševac, Serbia, today, as 40 most-vulnerable refugee and displaced families were handed the keys to their long-awaited homes, courtesy of the Regional Housing Programme (RHP). The RHP aims to provide approximately 7 500 homes to most-vulnerable refugee and displaced families across Serbia by end-2022. The main Donor is the European Union, followed by other key Donors, namely the United States of America, Germany, Norway, Switzerland and Italy.

Congratulating the beneficiaries on their new homes, Minister Dačić remarked “It is my pleasure today to be able, together with you and your families, to mark a new stage in your lives. You will never have to leave – this is your new home.” He added that implementation of the RHP in Serbia had continued apace in spite of the challenges posed by the ongoing COVID-19 pandemic. 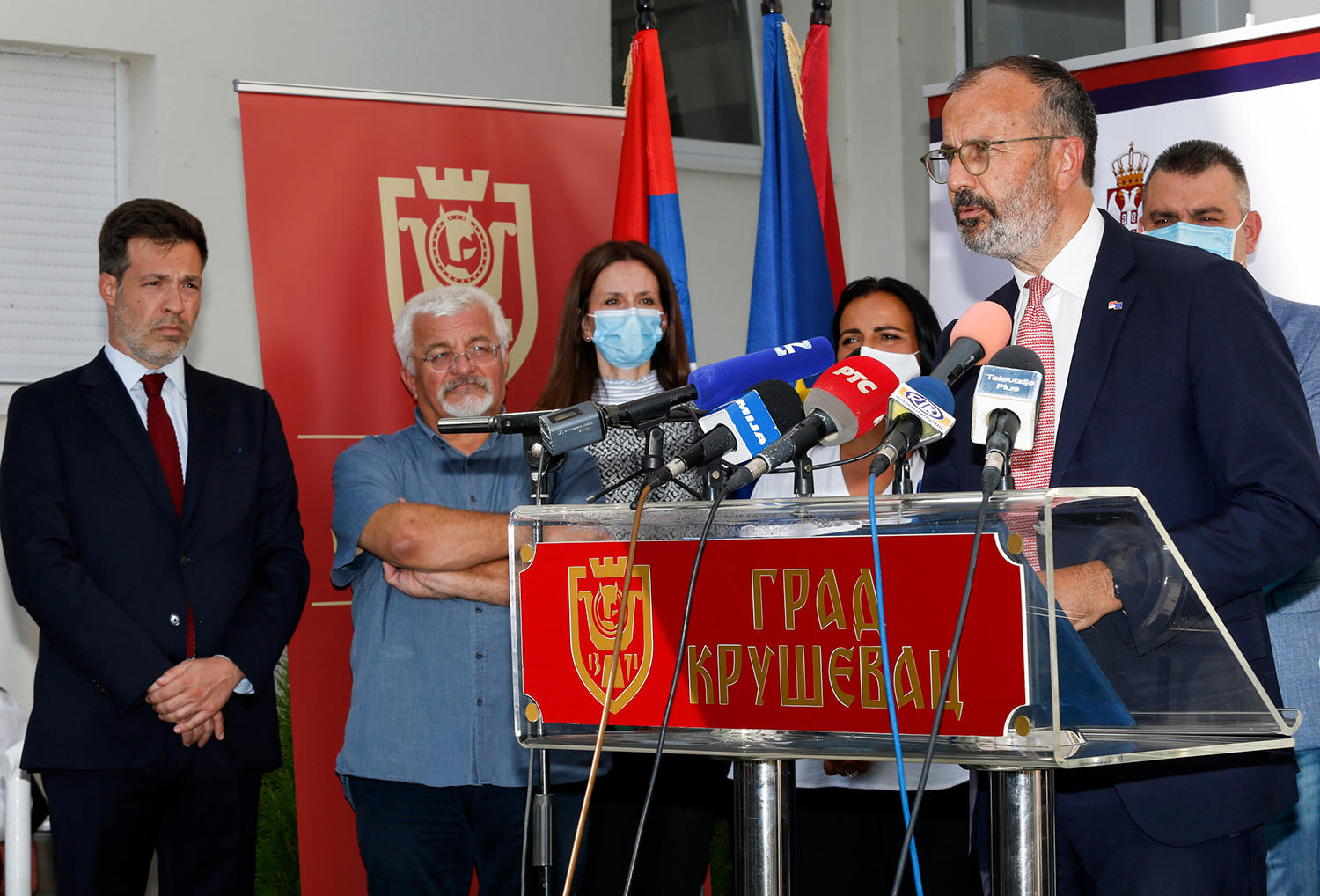 Echoing these words, Ambassador Fabrizi thanked all RHP partners for their commitment, pointing out that the results on the ground were testimony to the importance and quality of the work of those involved, and noting with pleasure the role that the European Union had played in making this a reality, by contributing approximately 80% of the funding required. Thanking the families for their patience during their wait for their new homes, he wished them stability and security in the next stage of their lives.

On behalf of UNHCR and the Organization for Security and Cooperation in Europe (OSCE), Ms Bonelli praised Kruševac as a “very important example” of a city which was willing to welcome refugees. Commending all RHP stakeholders for their commitment and hard work, she also expressed hope that the beneficiaries would be happy in their new homes.

Mr Kovačević agreed, noting that all partners had worked ceaselessly on RHP implementation in Serbia. “This year alone, we delivered 760 housing units, in Temerin, Stara Pazova, Svilajnac, Irig, Požarevac, Kraljevo, Novi Sad and elsewhere,” he said, adding that another RHP building would soon be finished in Kruševac, which would have 20 new apartments.

On behalf of the beneficiaries, Mr Siniša Vanovac, originally from Kakanj, in Bosnia and Herzegovina, thanked all of those who had played a part in the RHP, and recalled the events which had brought him to Serbia. “In 1992, my family and I visited my cousins in Kruševac for a weekend,” he said. “That weekend has effectively lasted 28 years, because no sooner had we arrived than we learned that the Višegrad tunnel had been destroyed, marking the beginning of the war. I never returned home to Kakanj, Bosnia and Herzegovina. Today, I have three sons aged 12, 9 and 3 years. I wish happy beginnings and better childhoods for all of our children.” 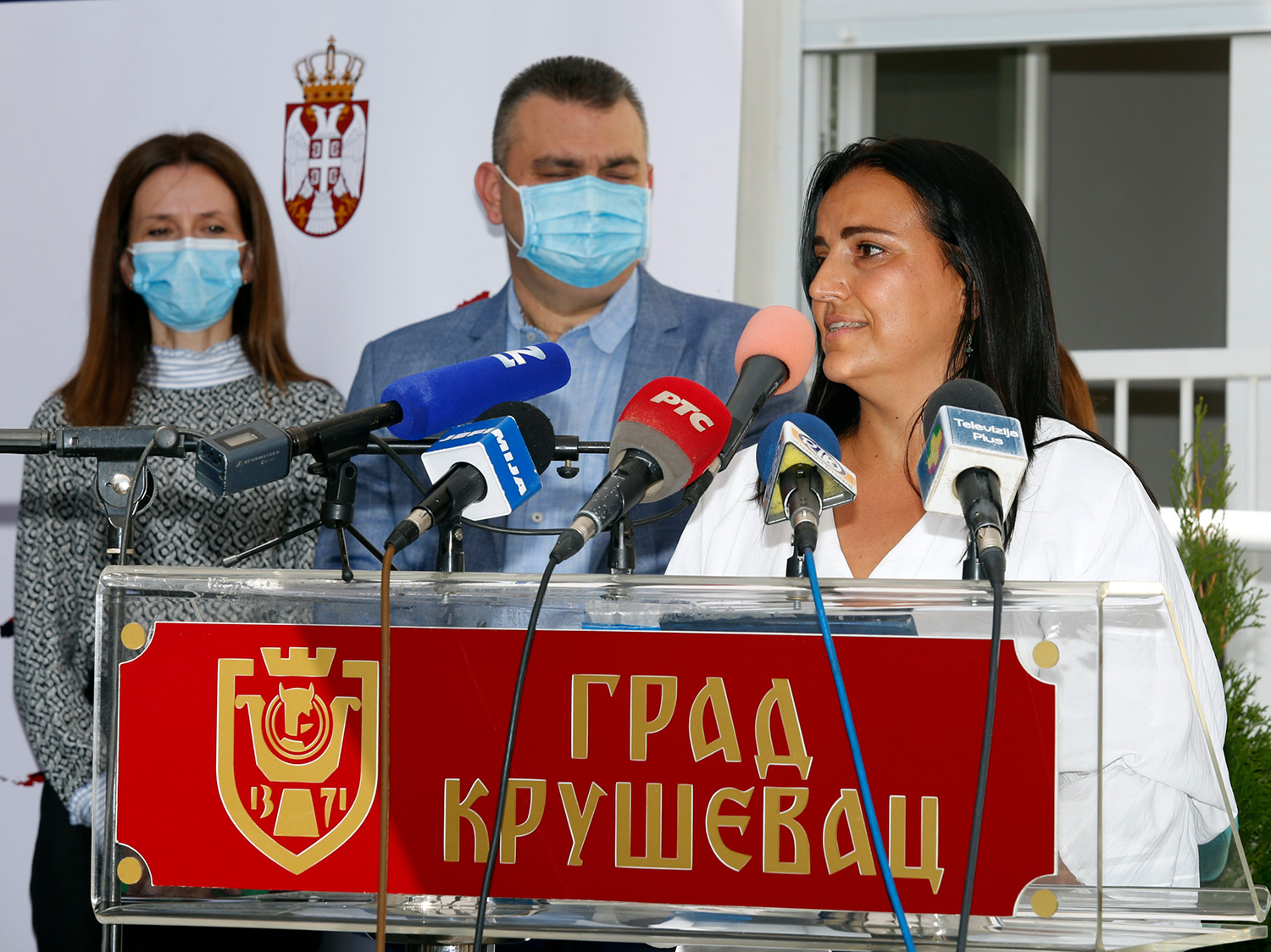