“I could not believe how lucky we were”: Nuriz and Senada Mehmedović, Tuzla, Bosnia and Herzegovina

Nuriz and Senada Mehmedović first met in a refugee collective centre shortly after fleeing to Tuzla, Bosnia and Herzegovina, from the nearby municipality of Zvornik. The centre was an old primary school, where 30 people lived in each classroom. Searching for safety, the young couple moved between sub-standard accommodation over the years, before marrying in 1998 and finally settling down in an abandoned house. 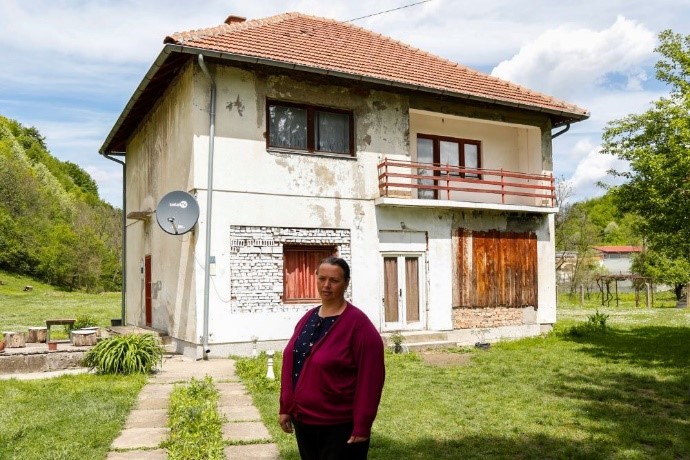 Senada shows the abandoned house where they lived

A number of years later, the Mehmedovićs heard about the Regional Housing Programme from the Tuzla authorities. Thanks to the City’s support with the collection of documentation, they eagerly applied for an apartment, and were soon delighted to learn that they had been selected. “When the City officials called us, I simply could not believe that we had been selected for an apartment. It was beyond comprehension,” says Senada.

Today, Nuriz and Senada have three children. Despite the adversities faced, the oldest son Dženan has spent the last five years training to be an athletic cyclist and has won numerous medals for his efforts. His younger brother and sister are equally hardworking, and normally walk several kilometres to get to school. 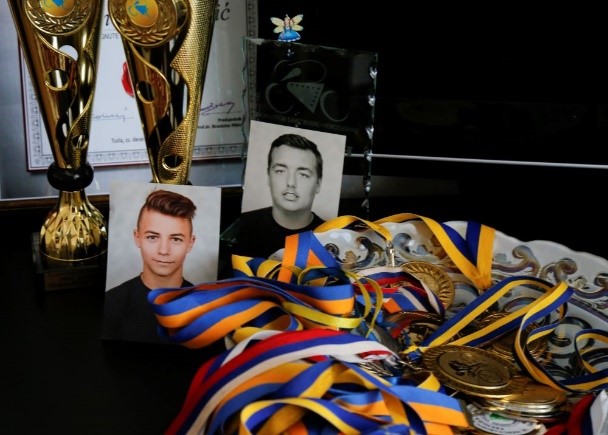 Adding to their recent good fortune, the family also received two greenhouses of 200m2 from the NGO Catholic Relief Services (CRS). Together, they grow tomatoes, peppers, cucumbers, and onions, which they sell to local residents. “We are very happy. Many people want to buy our vegetables from the greenhouses. If we were able to increase production, we would still easily sell everything,” says Nuriz.