“I dreamed for so long of getting a new home”: Josepka and Tomislav Pecirep, Vareš, Bosnia and Herzegovina

Josepka Pecirep and her 22-year-old son Tomislav are the beneficiaries of a new Regional Housing Programme (RHP) apartment in Vareš, Bosnia and Herzegovina (BiH). During the 1990s conflicts, Josepka left Vareš and moved to Kiseljak, in central BiH. Despite spending 20 years in Kiseljak, she secretly longed to return to her hometown of Vareš.

Tomislav, who is diabetic, is unemployed and seeking a job to provide for himself and his mother. Life has not been easy. Upon their return to Vareš, the Pecireps received an apartment from the municipality, but this was subsequently demolished, after which they lived in a damp flat for seven years. Due to the poor living conditions, Tomislav soon developed pneumonia.

In a fortunate turn of events, Josepka heard about the Regional Housing Programme from the municipality and quickly submitted an application for a new apartment. In October 2021, their dreams became a reality when they finally received their new home. “I was stunned when I entered our new apartment,” Josepka says. “I had dreamed for so long of getting a new home.” She is relieved that after moving between eleven different apartments, their search for adequate accommodation is now over. “The sun is finally warming us at long last,” she smiles. “I will remember, for as long as I live, the moment that we moved into our new apartment.” She sincerely thanks all those who provided her with a new home.  Now, Josepka has only one remaining wish – that her son could secure permanent employment, enabling him to lead a normal life. 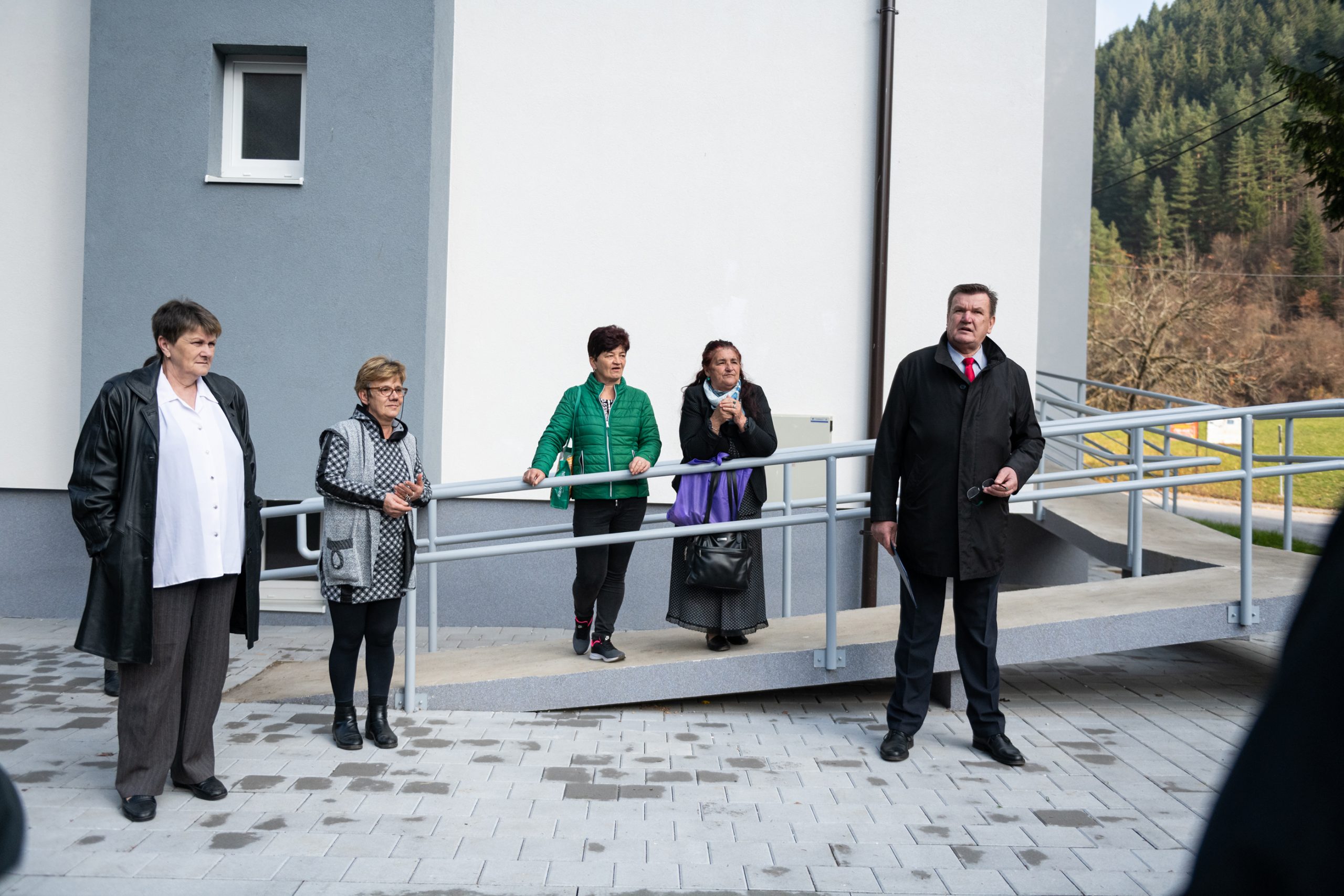 Josepka with her new neighbours and the Mayor of Vareš, Zdravko Marošević