“I thank everyone who created an opportunity for us to start anew!” The Regional Housing Programme delivers keys to newly-built apartments to 44 refugee families in Subotica, Serbia

Subotica, Serbia, 9 December 2022 – Keys to 44 newly-built Regional Housing Programme (RHP) apartments were delivered to refugee families in Subotica, Serbia, today. To date, more than 6 800 RHP homes have been allocated to beneficiaries across Serbia, one of the four Partner Countries of the RHP.

In addition to the beneficiaries themselves, the delivery of keys ceremony was attended by Nataša Stanisavljević, Commissioner for Refugees and Migration of the Republic of Serbia; Stevan Bakić, Mayor of Subotica; Emanuele Giaufret, Ambassador and Head of the European Union Delegation to the Republic of Serbia;  Christian Ebner, Austrian Ambassador to Serbia; Daniel Mohseni, Second Secretary at the German Embassy in Serbia; Ivana Jelić, Assistant Durable Solutions Officer, UNHCR in Serbia, and Dušan Kovačević, Head of the Public Sector Projects Implementation Unit Ltd., amongst others. 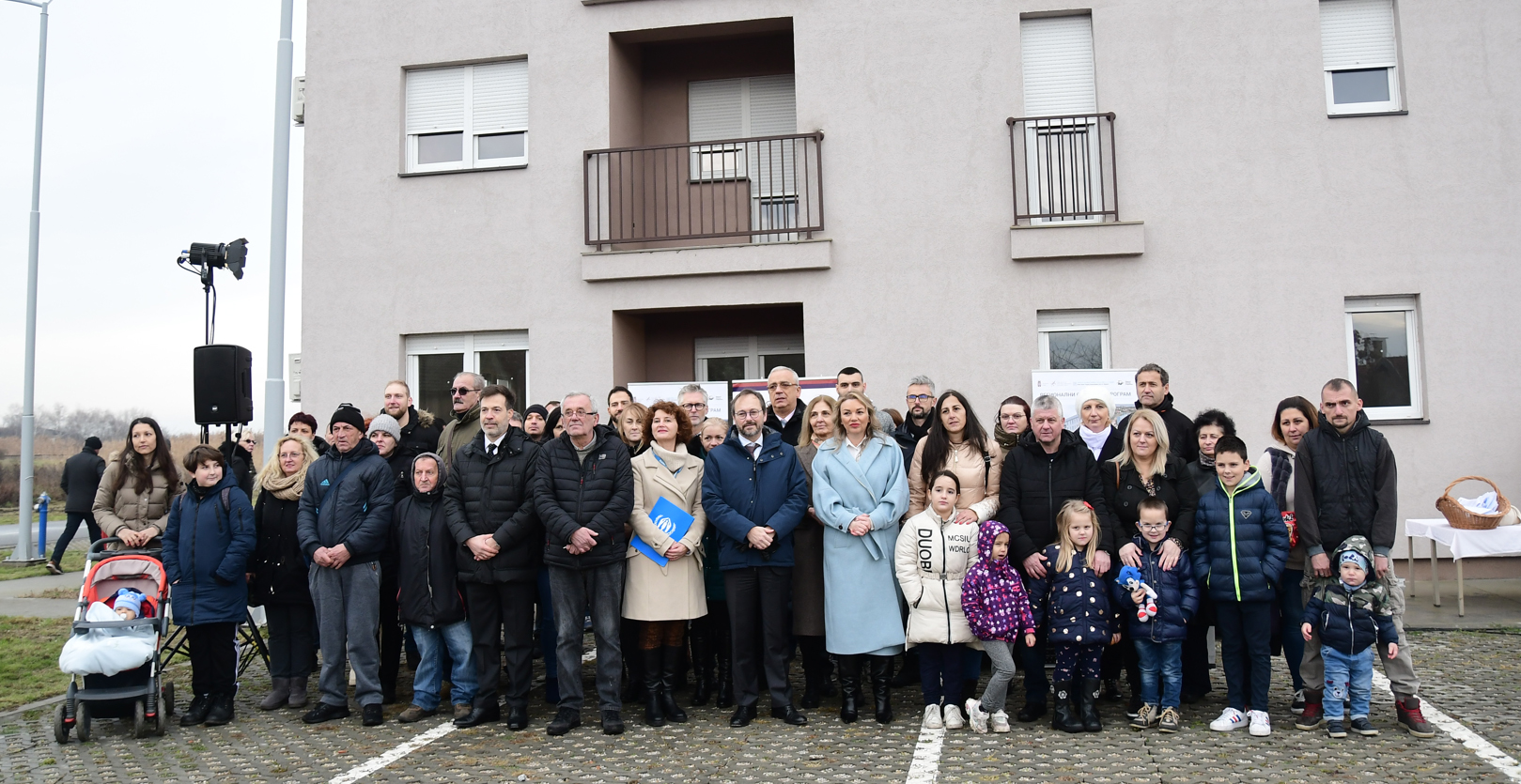 RHP beneficiaries and stakeholders outside the newly-constructed RHP building in Subotica, Serbia

On behalf of the European Union – the main Donor to the RHP – Emanuele Giaufret congratulated the families on their new homes and reflected on the role of the EU and its partners in providing housing facilities for numerous refugee families. “It is a great pleasure to hand over 44 keys to families who will thus start a new life,” he said. These families suffered a lot during the wars of the 1990s in Yugoslavia, and now they have finally experienced this moment, facing the future and a better life.” 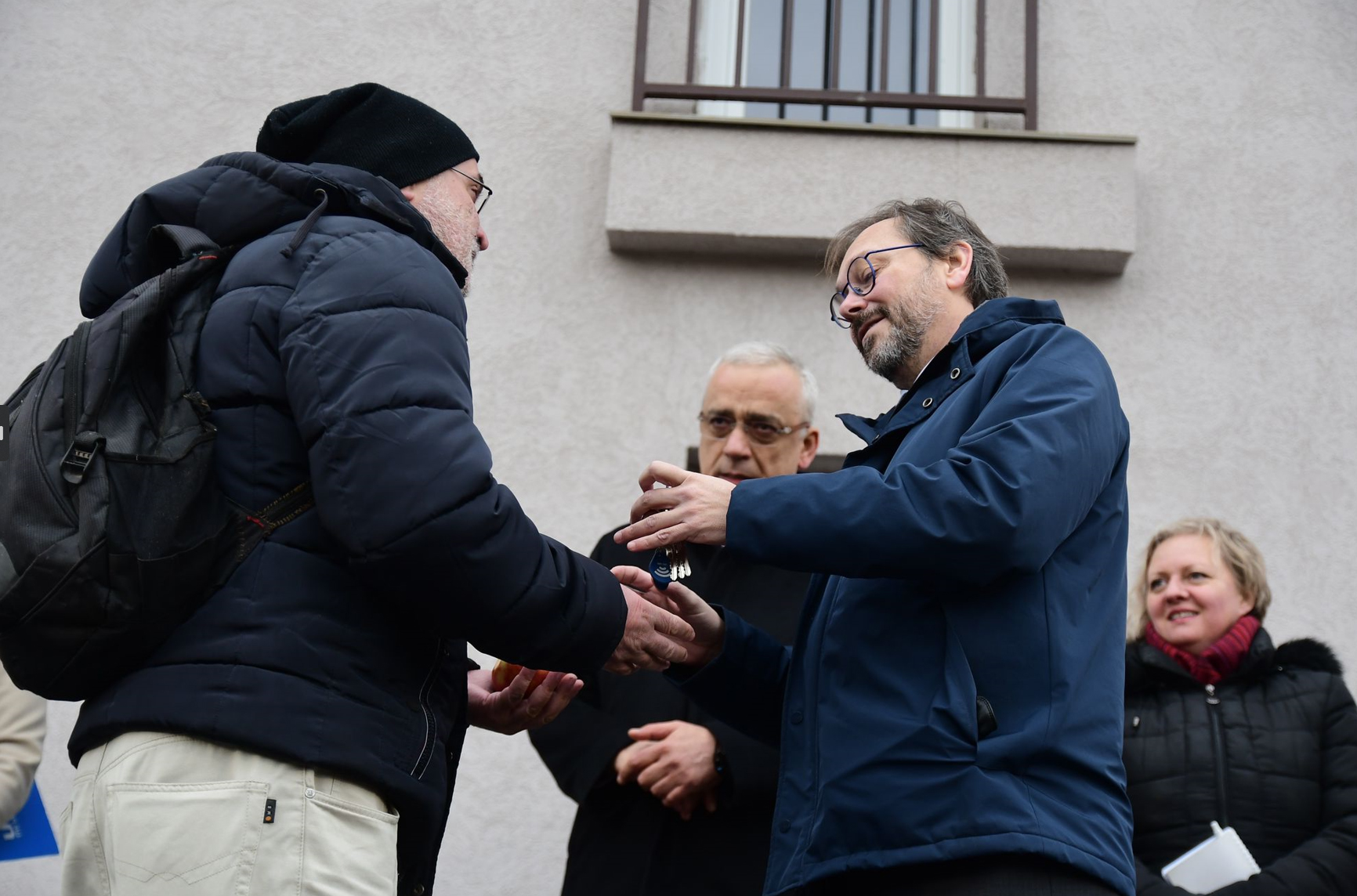 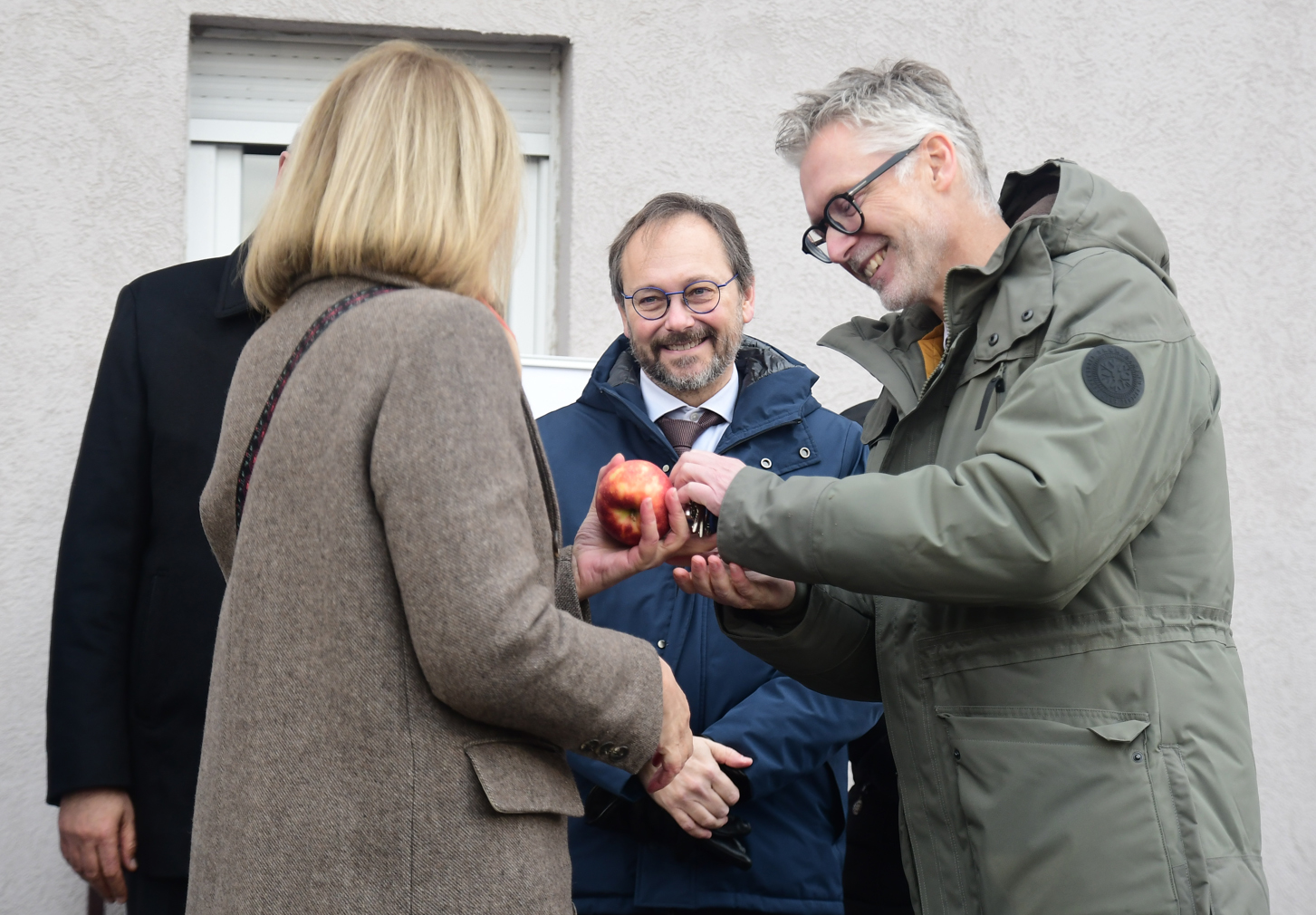 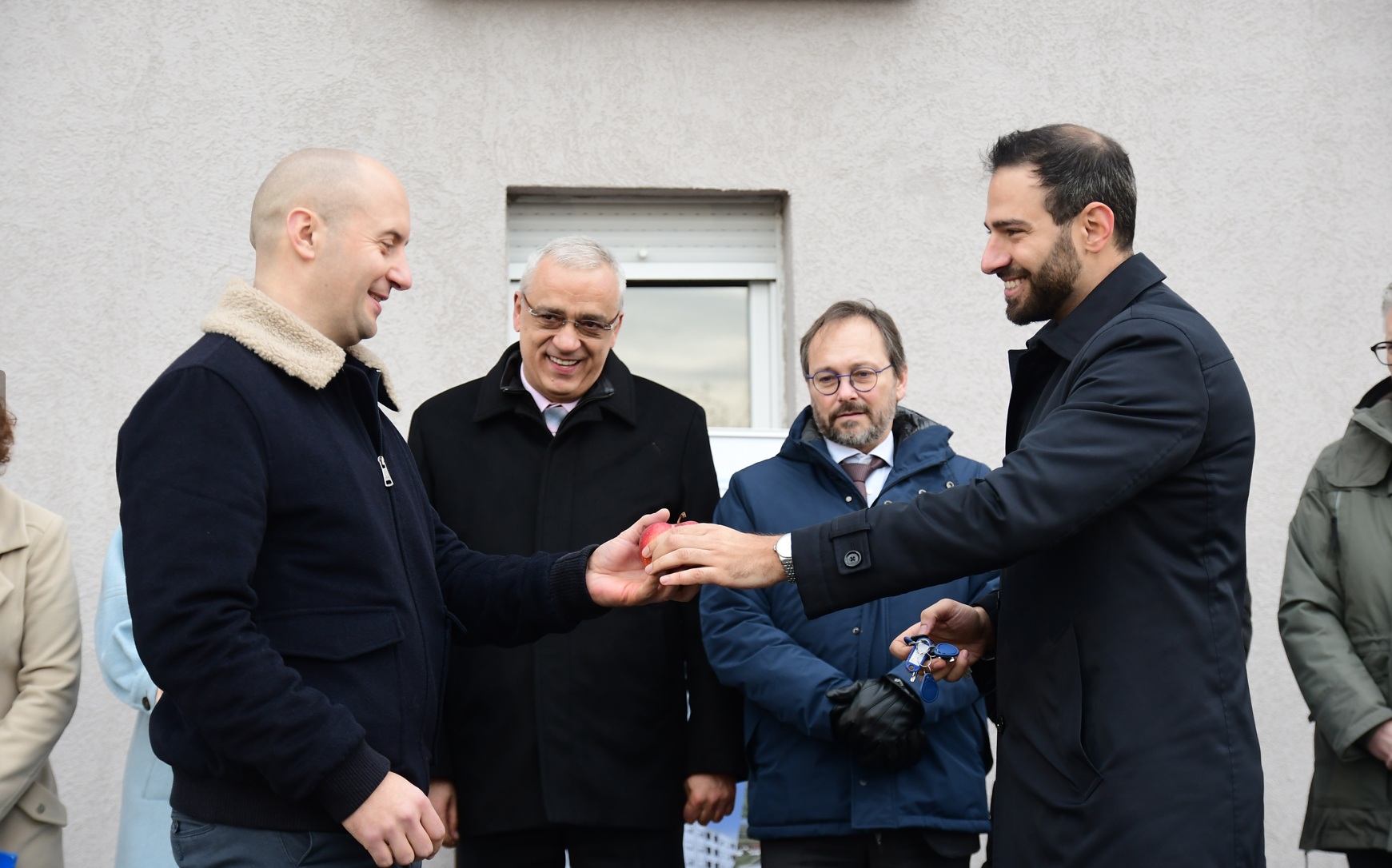 Daniel Mohseni with an RHP beneficiary 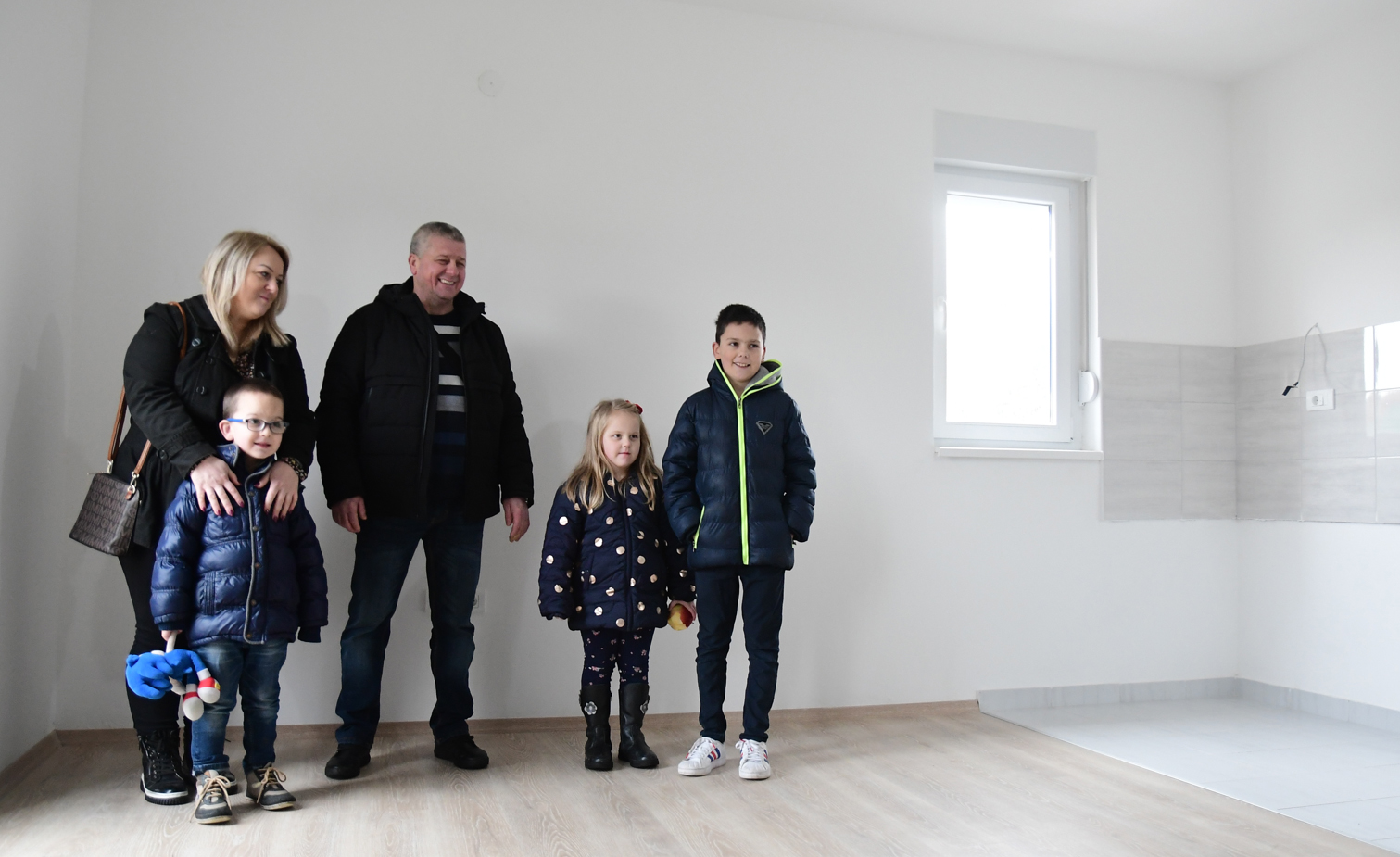 The Timotijević family in their new RHP apartment

One of the beneficiaries present, Rajka Babic, thanked RHP stakeholders on behalf of the refugee families from Subotica. Born in the small settlement of Srb in the region of Lika, Croatia, she left her home in 1995 at the age of eleven, together with her father and grandmother. In the years which followed, the family moved from the collective refugee centre in Novi Zednik to Subotica.

“Since 2003, we have been living as tenants among good people who have welcomed us,“ Ms. Babic said. “One of the most beautiful things that happened to us in Serbia is that, thanks to the RHP, we finally settled down and received our own roof over our heads. In the name of all the families here today, I thank everyone who created an opportunity for us to start anew.“ 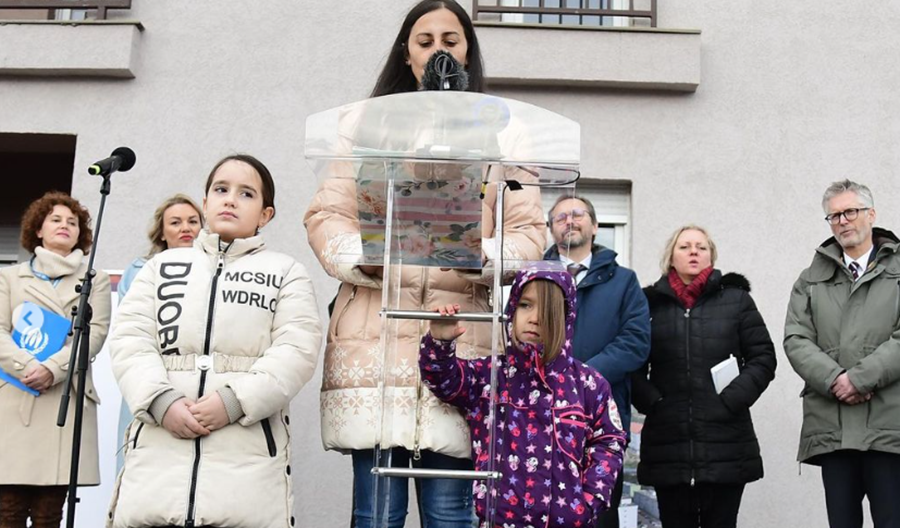 Commissioner Stanisavljević announced the future allocation of housing units to refugee families in other settlements in Serbia, and pledged to continue with this policy in the coming period. “Today is important for these 44 families who have finally received their new homes,“ she added. “I wish you only good moments with your families.” These words were echoed by Mayor Bakić, who congratulated all the RHP beneficiaries and wished them much happiness. “This is one step closer to our strategic goal, which is that refugees and displaced persons in Serbia have secure homes,” he continued.

Finally, Ivana Jelić underlined the importance of the RHP for UNHCR and OSCE, due to its role in providing housing the most-vulnerable refugees, and added with satisfaction, “Subotica and its citizens have shown that they know how to recognise and value the contribution that refugees make to society.”