Kopaonik, Serbia, 24 March 2022 – The progress of the Regional Housing Programme (RHP) to date and preparations for the close-out of the Programme in 2023 were at the forefront of discussions at the Commissariat for Refugees and Migration of Serbia (KIRS) 16th Trustees’ Meeting in Kopaonik, Serbia on 22 – 24 March 2022. The Commissariat – one of the Partner Country (PC) Lead Institutions of the RHP – marks 30 years of work with refugees and displaced persons in Serbia this year.

The meeting – the first of its kind in more than two years, due to the COVID-19 pandemic – was attended by more than 400 participants, including representatives of RHP PCs Bosnia and Herzegovina, Croatia, Montenegro and Serbia, the RHP Donors the European Union, Switzerland and Czech Republic, and representatives of municipalities across Serbia, as well as the RHP implementing partners the CEB, OSCE and UNHCR, among others. 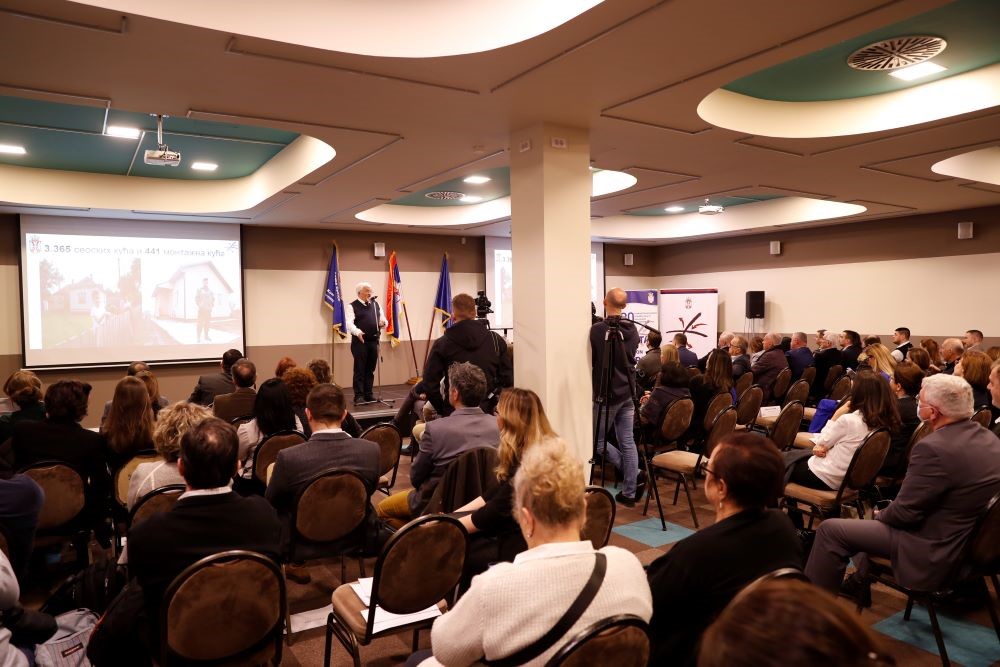 With current geopolitical concerns in Europe in mind, the RHP stakeholders present pointed to the role of the RHP in regional cooperation and reconciliation as one of the key achievements of the Programme to date, and agreed that the best practices and lessons learned from the RHP could also be applied to future programmes in other post-conflict countries.

It was also noted that in spite of the challenges faced, the RHP had made robust progress in all Partner Countries, with almost 9 000 housing solutions delivered to beneficiaries thus far. All PCs confirmed their strong commitment to the RHP, and pledged to continue efforts to provide durable housing solutions to those in need until the end of the Programme.

Noting that the European Union was facing new challenges, Brigitte Kuchar, Programme Manager at the European Union Delegation to Serbia, stated: “The RHP is an example of good cooperation between countries in the region in the post-war period. The Programme has proven that it is possible, with effort, to take care of the most-vulnerable people. The role of local communities has built the foundation for the effective care of refugees and displaced persons, and this is something we need to continue in the future.”

Echoing these thoughts, Richard Kohli, the Director of the Swiss Cooperation Office in Serbia, underlined the intentions of Switzerland to continue its efforts in the region: “Switzerland has been engaged in the countries of the former Yugoslavia since 1991 as one of the largest donors to the region,” he said. The Swiss Government’s plan is to continue providing financial support to the Western Balkans from 2022 to 2025 on similar projects to the RHP.”

Underlining the key role played by local municipality trustees in the success of the RHP to date, Darko Petrović, Programme Manager at the CEB, observed that the meeting was a valuable opportunity to evaluate the challenges that lay ahead during the remaining period of the RHP. He thanked the RHP Donors for their generosity to the Programme over the years, pointing out that thanks to this support, over 10 000 vulnerable families would receive homes by the end of 2022.

Augusta Featherston, Human Rights and Nondiscrimination Adviser at the OSCE in Serbia, meanwhile paid tribute to the achievements of the RHP: “Despite the pandemic, the RHP is close to delivering all planned housing units for refugees and displaced persons,” she said. “We are all close to completing this painful chapter to provide housing solutions for those most in need. The RHP has achieved significant results and we are proud to be part of this Programme. The OSCE remains committed to achieving the RHP goals.”

Stefanie Krause, Acting UNHCR Representative in Serbia agreed, noting: “UNHCR works with all local community trustees in the field, and that is why the RHP is an excellent example that provides not only housing solutions but also regional cooperation to find sustainable solutions for refugees.” 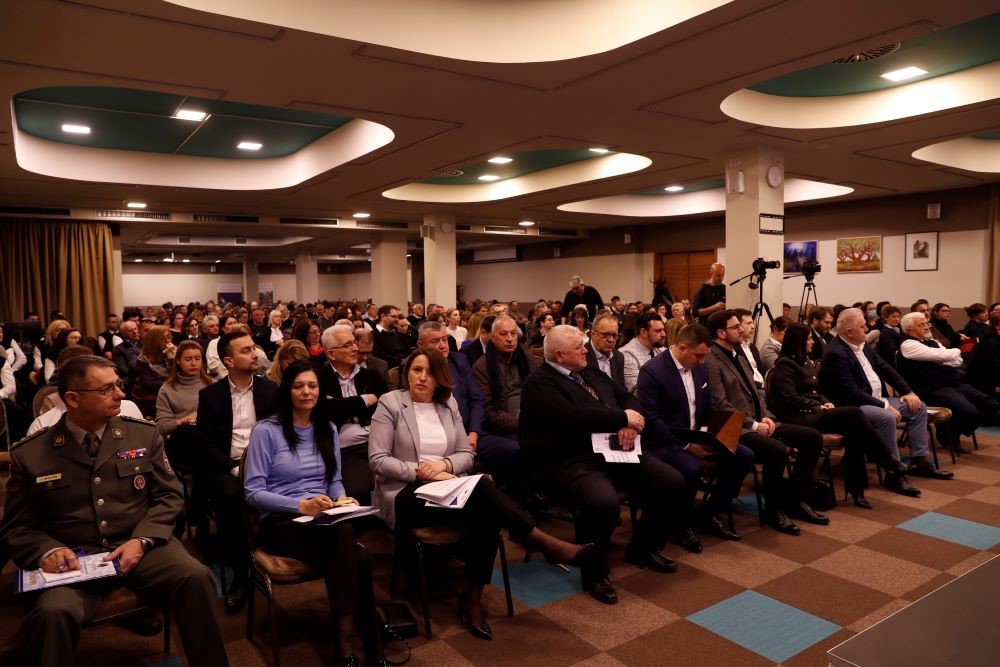