Istočno Novo Sarajevo, Bosnia and Herzegovina, 27 February 2020 – Today was a memorable day for six RHP beneficiary families who received the keys to their new homes in the municipality of Istočno Novo Sarajevo in Bosnia and Herzegovina (BiH). The apartments were constructed under RHP sub-project BiH3 at a cost of approximately EUR 200 000 , bringing the total number of RHP homes delivered to displaced and refugee families in BiH to more than 1 450. 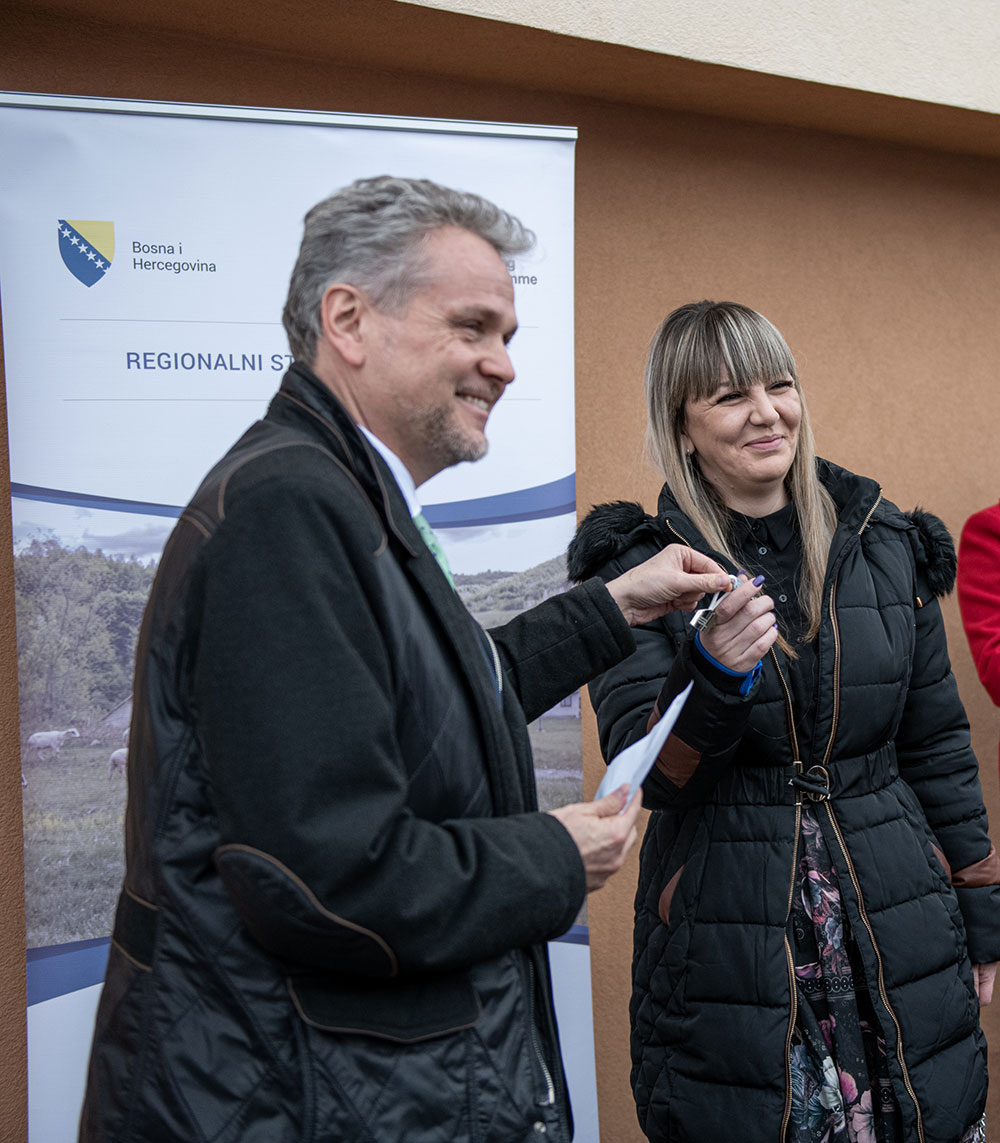 Also present were Ambassador Johann Sattler, Head of EU Delegation to BiH and EU Special Representative in BiH; Ms Lucie Gagne, Head of UNHCR Mission to BiH; and Marko Acic, Acting Director of the Republic Secretariat of Displaced Persons and Migration of the Republika Srpska.

Addressing the ceremony, Ambassador Sattler observed: “This Programme gives hope and a roof over the heads of the most vulnerable citizens of Bosnia and Herzegovina. The European Union was founded on two principles: peace and solidarity – principles which are equally important here in Bosnia and Herzegovina. We are happy to be a part of this Programme, and to support the most vulnerable groups.”

These words were echoed by Deputy Minister Mahmutović, who spoke from experience as a formerly displaced person, noting the importance of strong co-operation among all levels of government and between the Partner Countries.

On behalf of UNHCR and OSCE, Ms Gagne thanked all RHP stakeholders – particularly the Ministry for Human Rights and Refugees of BiH – for their dedication to helping the most-vulnerable displaced to rebuild their lives. “I hope that this will mark the beginning of a new chapter and a brighter future, as they deserve,” she said.

Speaking on behalf of the beneficiaries, Djurdja Grahovac and Sladjana Perendija thanked all RHP donors and stakeholders. 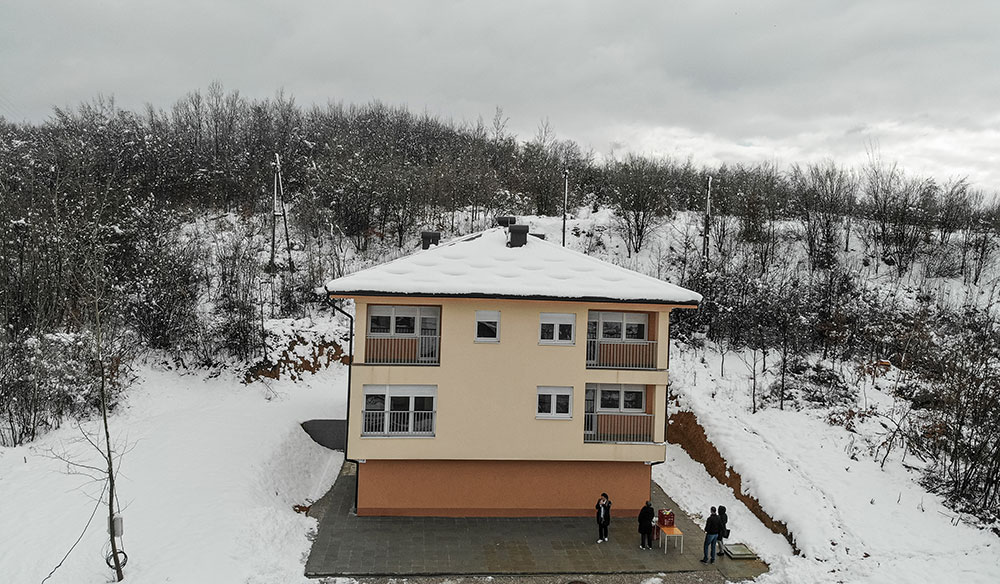