RHP beneficiary Mirjana Pantić was born in Malo Crniće, in Serbia. In 1968, Mirjana moved to Osijek, Croatia, where she met Ivan Rancinger, who would soon become her husband. Mirjana and Ivan, together with their daughter, fled from Croatia in 1995. The couple recently celebrated 50 years of marriage.

“I wouldn’t wish anyone to go through what we have been through,” says Ivan, recalling the conflict in the region. “We experienced problems from both the Croatian military and Serbian paramilitary. At that time, being in a ‘mixed marriage’ was problematic, so we decided to take both of our surnames.”

When the family fled to Serbia, they settled in the village of Kolut, near Sombor, for 23 years, living in the rat-infested ruins of a school building, without running water or electricity. Every day, their daughter walked to school in another village. Ivan worked constantly – from a job at an oil mill, to harvesting corn and driving garbage, while Mirjana collected snails and grew fruits and vegetables to feed the family.

“Many marriages fell apart during the war. And fifty years of marriage is not easy. We’ve been through everything together – impoverishment, hunger, thirst – you name it.. But I was orphaned during the Second World War, and grew up without a mother and father. I didn’t want my child to go through the same,” says Mirjana.

The Pantić Rancinger family moved into their RHP house in Stanišići at the end of 2020. The house needed renovation, and it took them more than two years to adapt it to their standards. Today, the house is home to Ivan, Mirjana, their daughter and son-in-law – whom they refer to as their son – and three grandsons. 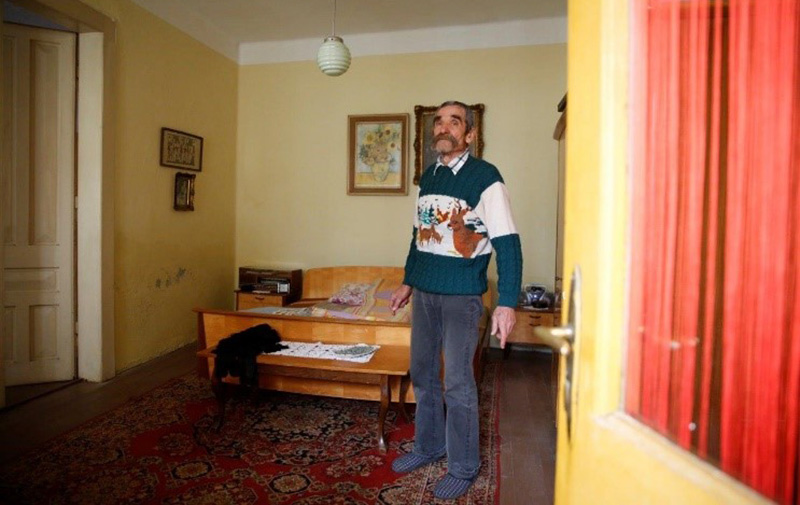 “I am not taking any medicines – I only use a natural remedy cream which I make myself, using comfrey and rosemary in alcohol,” Mirjana says proudly. “I also sell my cream at the local market. Now, my only wish is that our good health will continue. I have plans for the future, including moving the apricot trees from our old home in Kolut to our new yard, for my grandchildren.”