“When I saw our new apartment, I cried with happiness”: Ruža Puškar, Topusko, Croatia

Ruža Puškar is a returnee from Montenegro to Croatia. After the war in Croatia ended, she returned to Topusko with her one-year-old daughter. As a single mother, Ruža and her two daughters, Ivana and Dragana, moved between different accommodation several times in Glina and Topusko. Before receiving their new apartment, they lived as tenants in a small apartment of less than 20 m2 in Topusko, with only one room and a tiny kitchen.

Today, however, they are elated with their new Regional Housing Programme home in Topusko. “My daughters and I have settled comfortably into our beautiful apartment,” says Ruža. “We have two bedrooms, a kitchen, a balcony with beautiful views, and underfloor heating.˝ She expressly thanks the RHP and all Donors who made the purchase of the new apartment possible.

Ruža was the first RHP beneficiary to receive an apartment in a newly-built building in Topusko, and intends to stay there for the rest of her life. “When my daughters received the keys to the new apartment, I was away on seasonal work. They sent me a video of the new rooms, kitchen, balcony, and bathroom. I was so happy that I cried,˝ she says with a smile. The Puškar family furnished their new home with the help of relatives and friends.

After settling nicely into her new apartment, Ruža heard that chefs were needed at a nearby rehabilitation centre in Topusko. “I applied, was lucky, and secured a job as a chef at a hotel which is close to our new flat. I am very happy to have permanent employment,˝ she points out, before proudly adding that Ivana and Dragana will successfully graduate from the University of Zagreb this year. Ruža hopes that her daughters will be able to find suitable employment and lead a more comfortable life than she had. 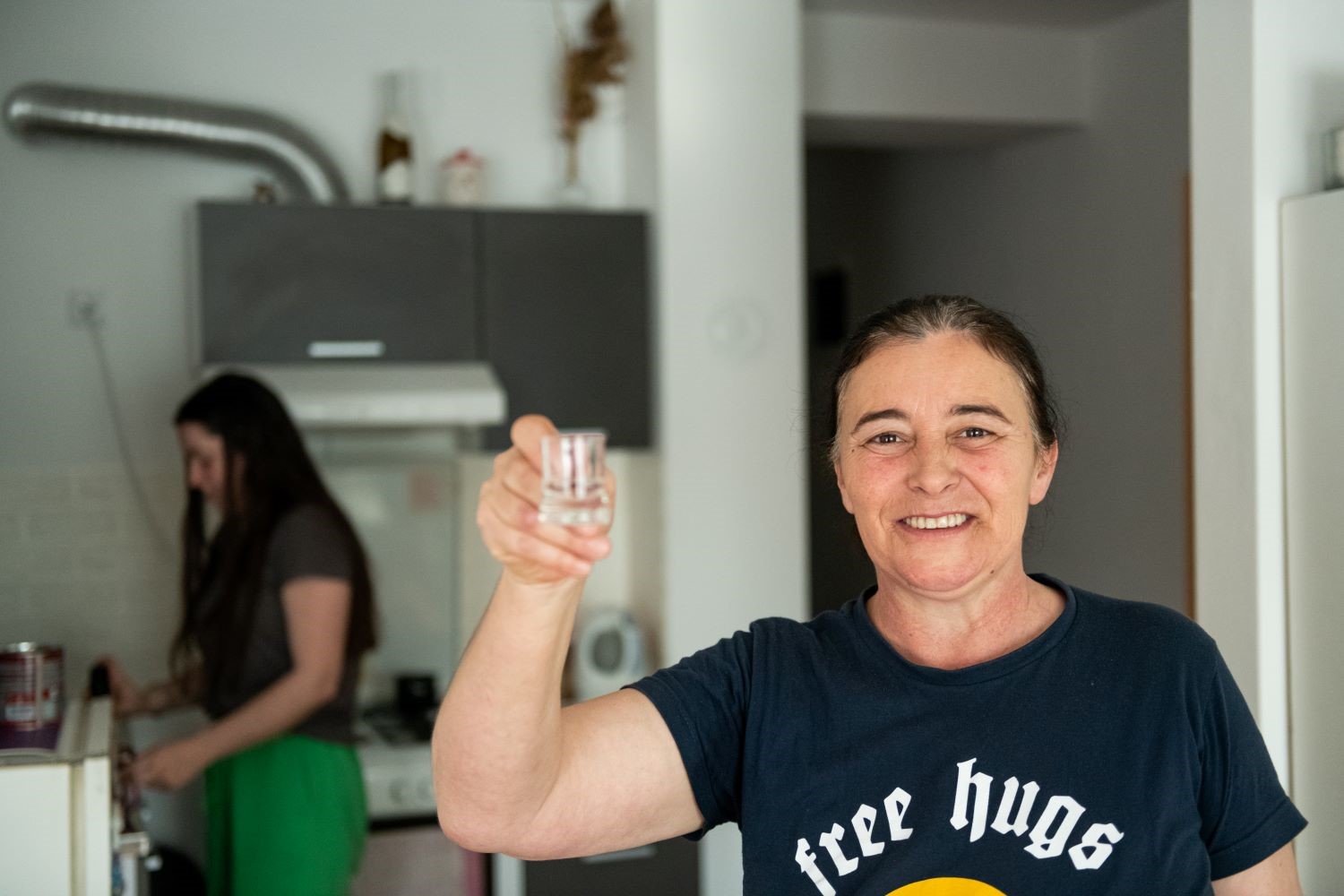