Following the RHP Donors’ Conference in Sarajevo in April 2012, the CEB, in coordination with the Donors, established the RHP Fund, which holds contributions for the Regional Housing Programme. 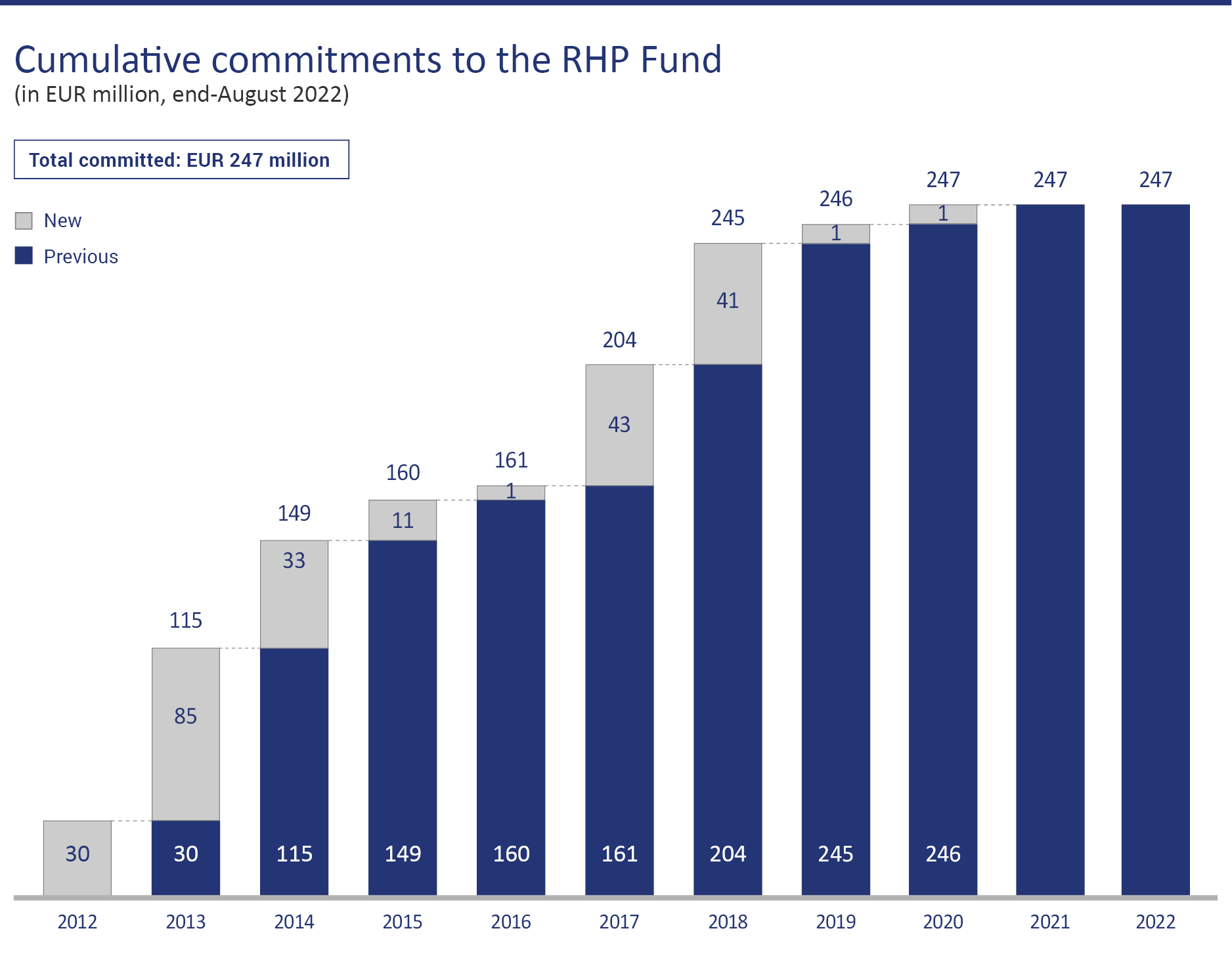 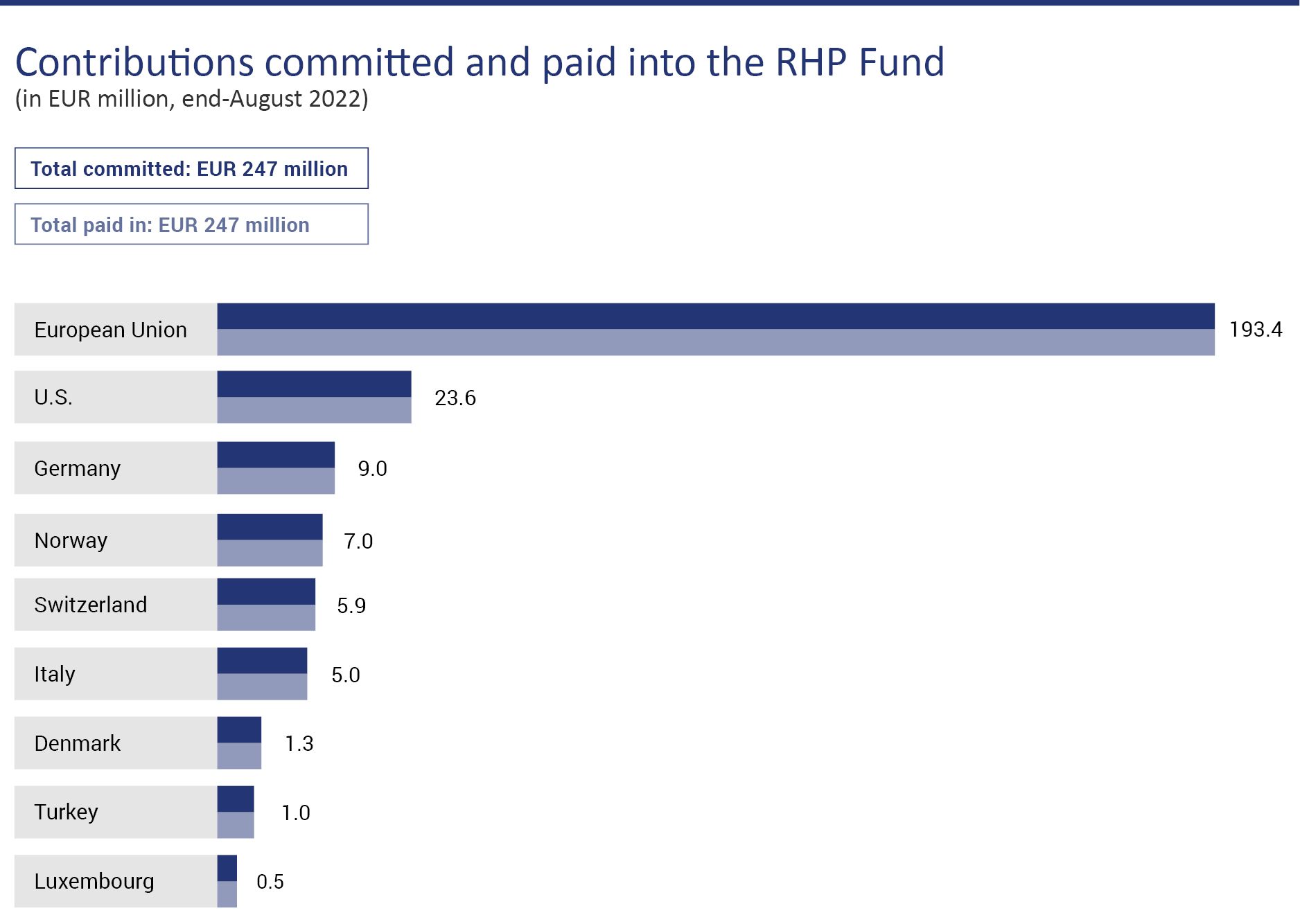 Since 2013, the RHP Fund Donors have approved EUR 237 million of grants in favour of the Partner Countries’ country housing projects, as follows:

Out of the total value of EUR 237 million of approved sub-projects, EUR 134 million, or 57%, went to Serbia, an amount that is in line with the country’s share of the Programme. Serbia also accounts for the majority of funds disbursed so far, i.e. EUR 129 million out of EUR 223 million, or 58%:

At end-August 2022, the total volume of disbursements since the start of the Programme amounted to EUR 223 million. 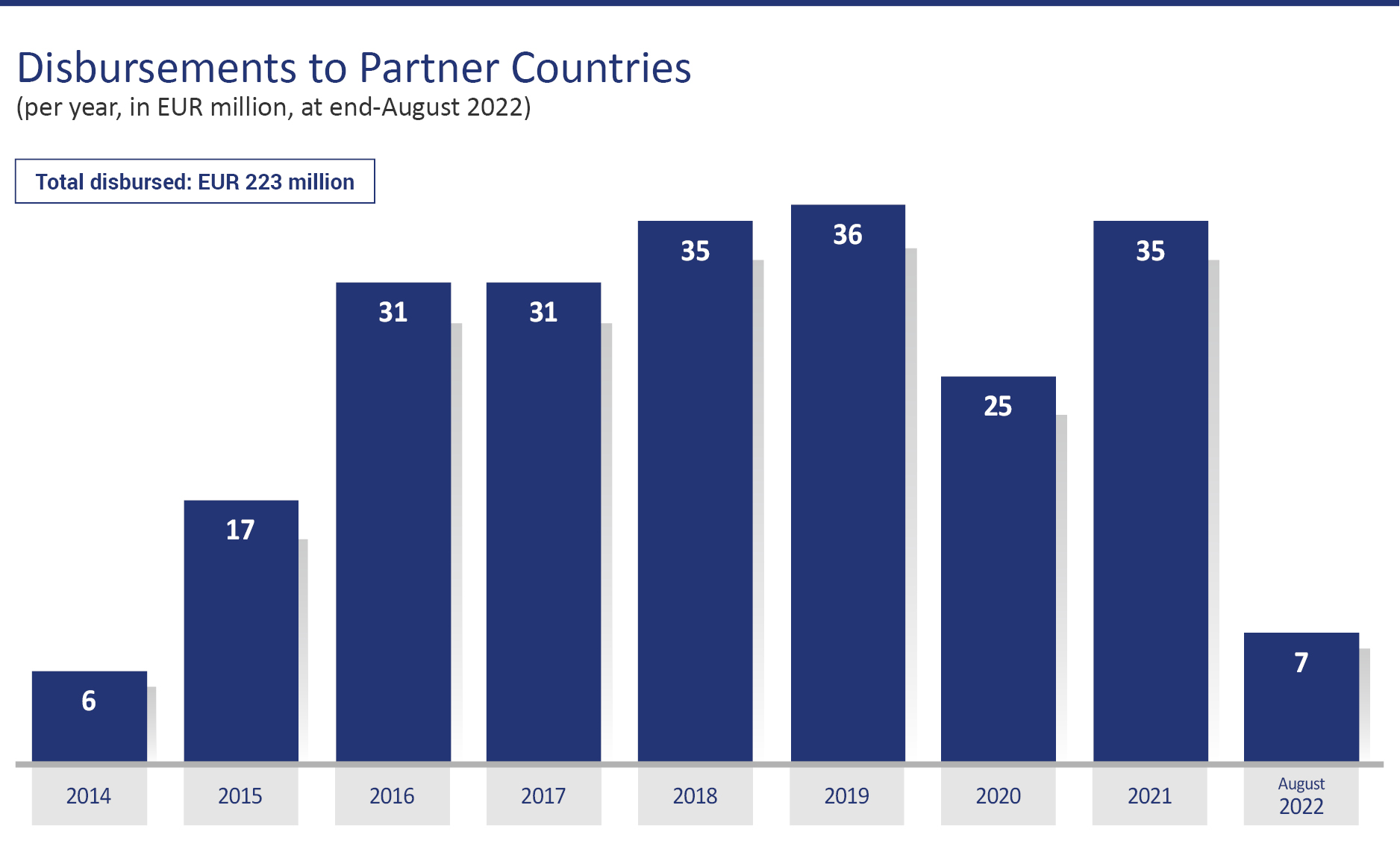