“A day for joy and new beginnings”: The Regional Housing Programme Celebrates the Delivery of its 10 000th Home in the Western Balkans

Belgrade, Serbia, 30 November 2022 –  The Regional Housing Programme (RHP) celebrated a landmark moment yesterday, with the delivery of its 10 000th home for most-vulnerable refugees and displaced persons in the Western Balkans region. The occasion was marked during a ceremony to deliver keys to 40 newly-built RHP apartments to refugee families in Vršac, Serbia. In total, the RHP aims to deliver 11 400 homes across the four Partner Countries of the RHP – Bosnia and Herzegovina, Croatia, Montenegro and Serbia – by mid-2023.

In addition to the beneficiaries themselves, the delivery of keys ceremony was attended by Nataša Stanisavljević, Commissioner for Refugees and Migration of the Republic of Serbia; Holger Schröder, Head of Unit, Western Balkans Regional Programmes and the Economic Investment Plan at DG NEAR in the European Commission; Dragana Mitrović, Mayor of Vršac; Ambassador Jan Braathu, Organization for Security and Cooperation in Europe (OSCE) Head of Mission to Serbia; Rainer Lovato, Deputy Director, Loans and Social Development, Council of Europe Development Bank (CEB); Stefanie Krause, UNHCR Deputy Representative in Serbia; and Dusan Kovačević, Head of the Public Sector Projects Implementation Unit Ltd., amongst others. 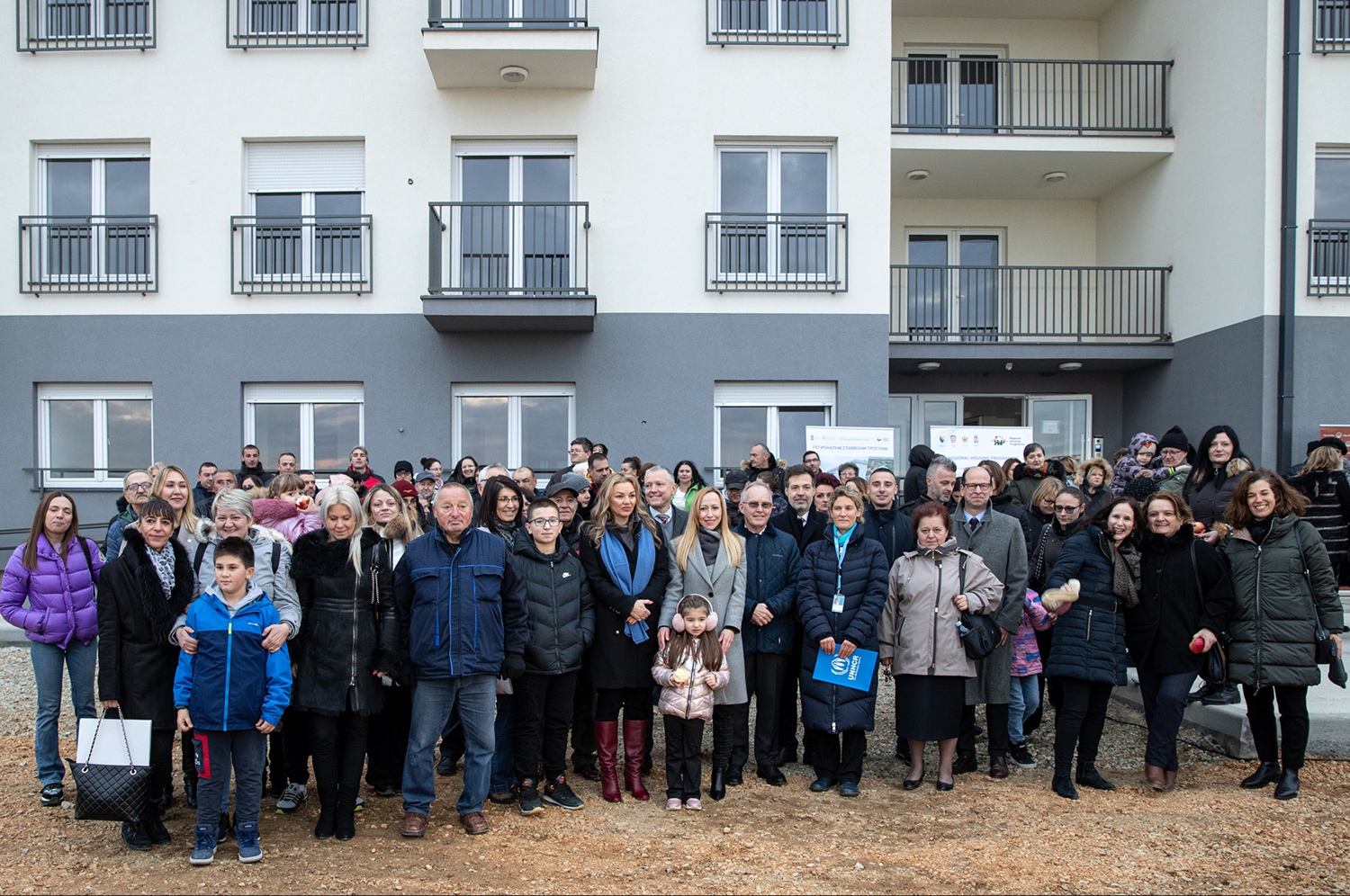 One of the beneficiaries present, Goran Šain, warmly thanked RHP stakeholders on behalf of the families. Born in Knin, Croatia, in 1994, Mr. Šain recalled that he had fled with his family to Serbia during the conflict, when he was barely a year old. “I do not remember that time, because I was so little, but my parents tell me that that journey took nine days,” he said. “My grandparents, meanwhile, travelled for 14 days on a tractor on a refugee convoy through Bosnia and Herzegovina to Serbia. We have lived as tenants in Vršac ever since. But today is not a day to be sad – today is a day for joy and new beginnings“. 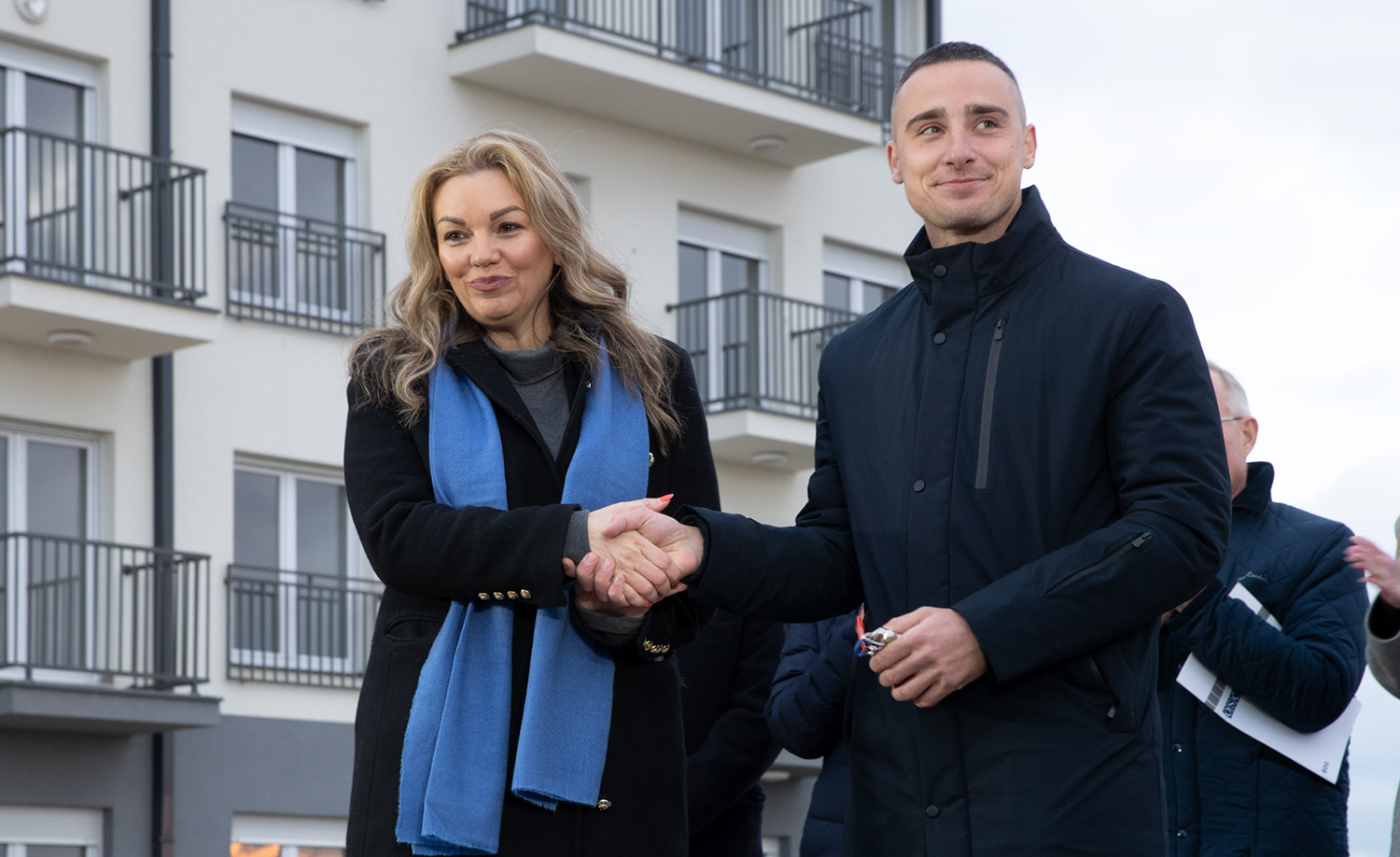 On behalf of the European Union – the main Donor to the RHP – Holger Schröder congratulated the families on their new homes, and reflected on the importance of the RHP both for the region and the EU. ”The Regional Housing Programme symbolises EU solidarity towards vulnerable families who left their lives behind,“ he said. “It is also an excellent example of how regional cooperation can result in outstanding achievements.” These words were echoed by Ambassador Braathu, who underlined the Programme’s significant contribution to good neighbourly relations and reconciliation among the Partner Countries. 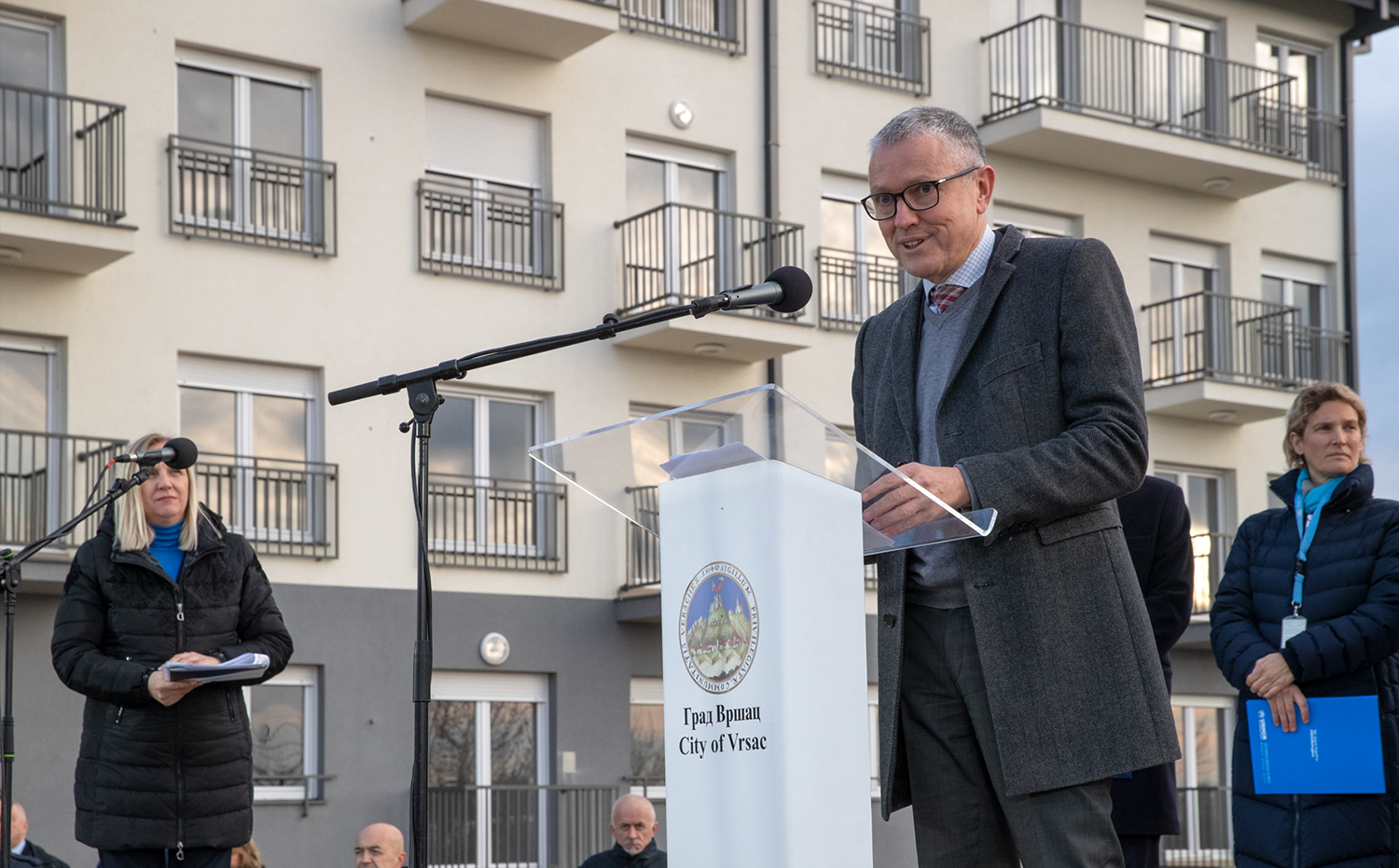 Commending all stakeholders, RHP Donors, Partner Countries and fellow Implementing Partners UNHCR and OSCE included, for their invaluable contribution to the Programme, Rainer Lovato reflected on the remarkable achievements of the RHP and the role proudly played by the CEB. “Over ten years ago, the CEB became part of this vital and challenging Programme,“ he recalled. “Who could have imagined then that we would all be here today, celebrating the delivery of 10 000 housing units?“  Turning to the families, he warmly welcomed them to their new homes. “Reaching this RHP milestone is a momentous occasion for the Programme, and we are all very privileged to be able to share this special moment with you.“ 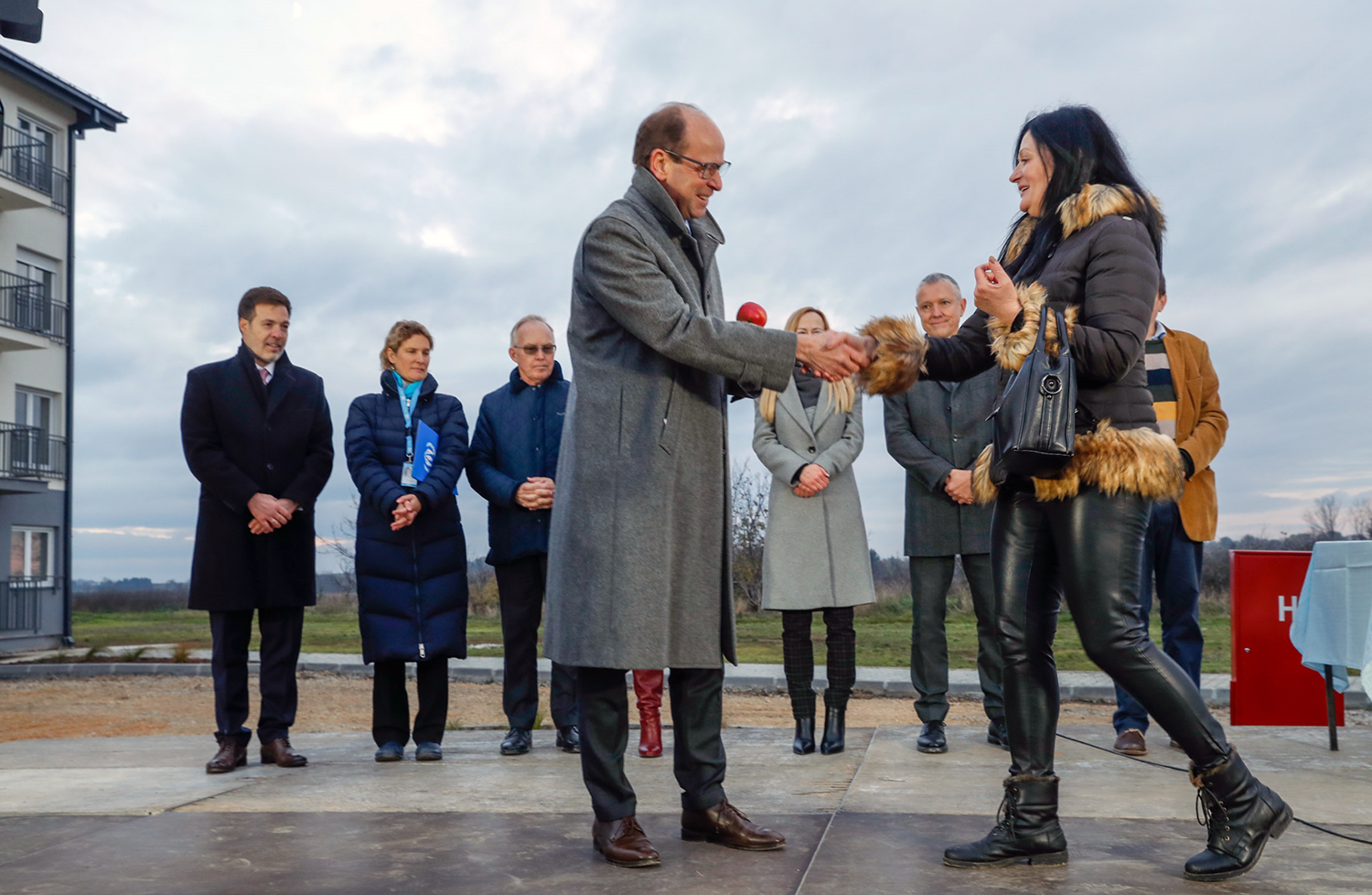 Wishing the beneficiaries health and happiness in their new homes, Stefanie Krause also complimented the City of Vršac on its dedication to RHP. “You have been at the forefront of an ever-growing number of communities worldwide that appreciate the significant contribution that refugees bring to our communities“, she said. Commissioner Stanisavljević meanwhile pledged that the Serbian authorities would continue to strive to assist these refugees: “Today, we have a clear plan to solve many unresolved issues for refugees, including the improvement of the position of those who have already integrated, and the resolution of pending issues for those who are still waiting to receive housing,” she asserted. 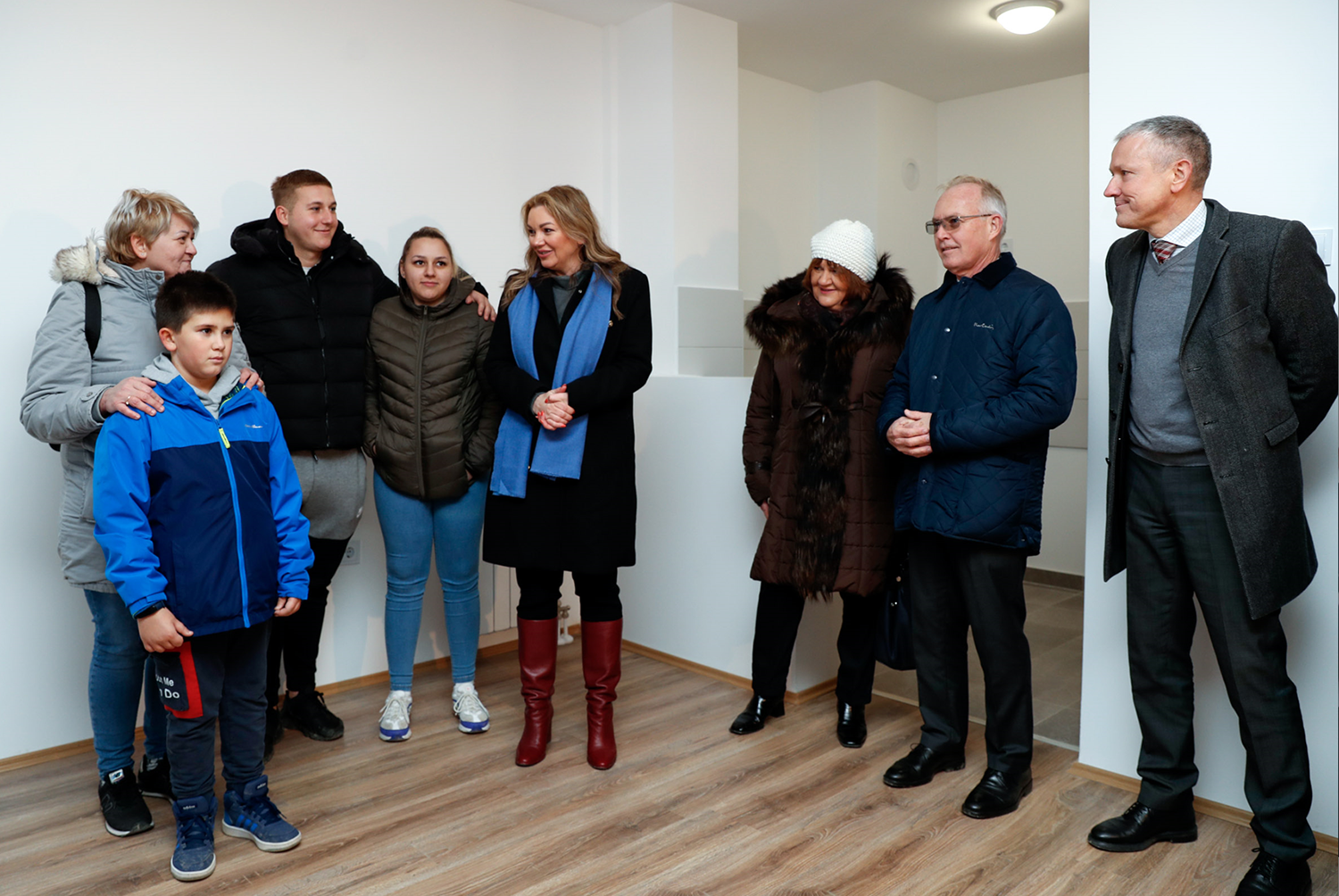 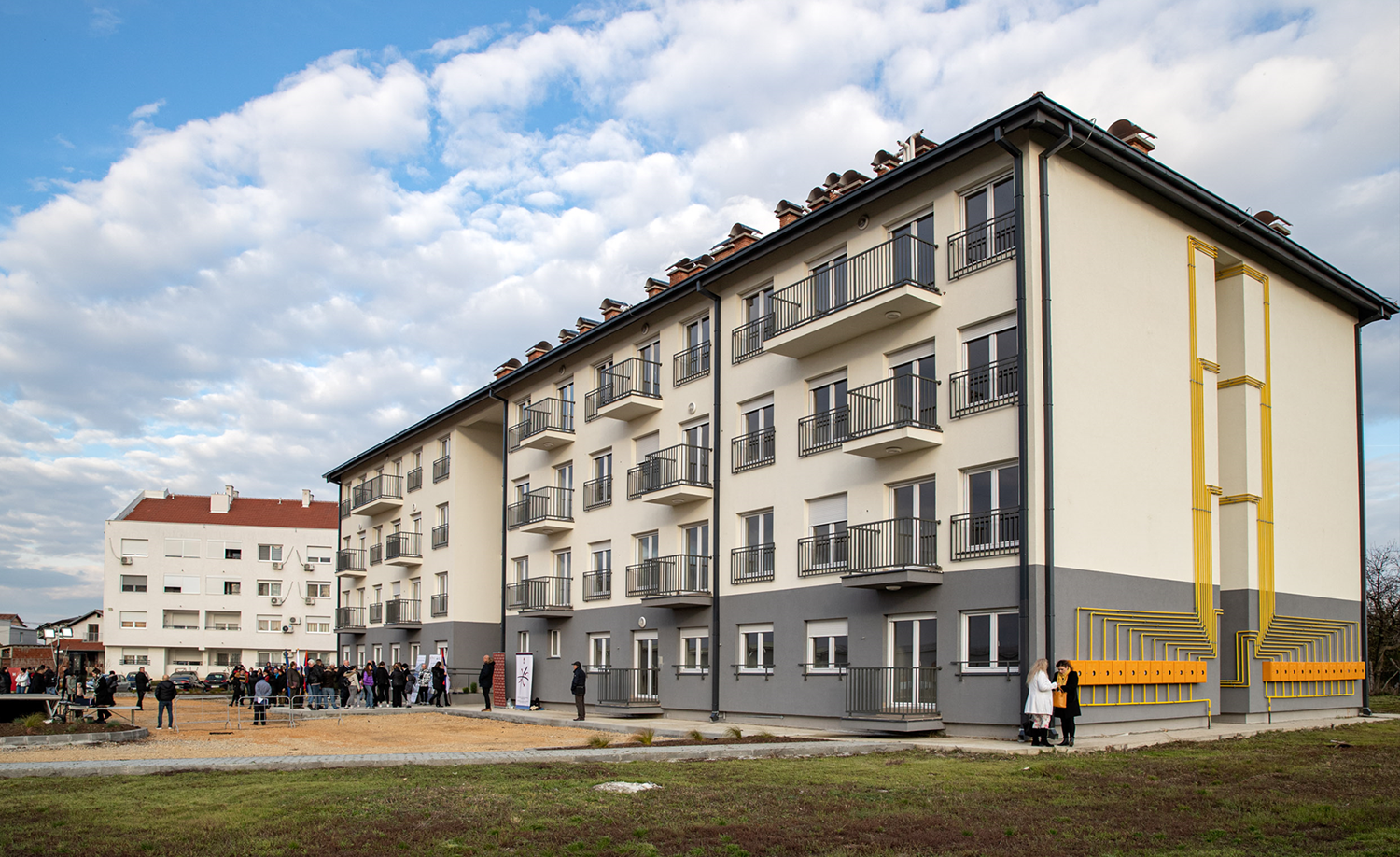 The visit by RHP stakeholders to Vršac  followed a meeting of the RHP Assembly of Donors that morning, and preceded a RHP Steering Committee meeting in Belgrade on 30 November, hosted by the Commissariat for Refugees and Migration of the Republic of Serbia, chaired by the European Union, and co-chaired by Switzerland, another key Donor to the Programme. The Steering Committee – which was attended by the Minister for Human Rights and Refugees of Bosnia and Herzegovina, Miloš Lučić, among others – was opened by the First Deputy Prime Minister and Minister of Foreign Affairs of the Republic of Serbia, Ivica Dačić, who noted with satisfaction that the RHP had laid the foundation for future cooperation between countries, including Serbia’s Western Balkan neighbours. In addition to other items discussed, the Committee welcomed the announcement that Norway had been elected as Co-chair of the RHP Fund Assembly of Donors and the Steering Committee in 2023. 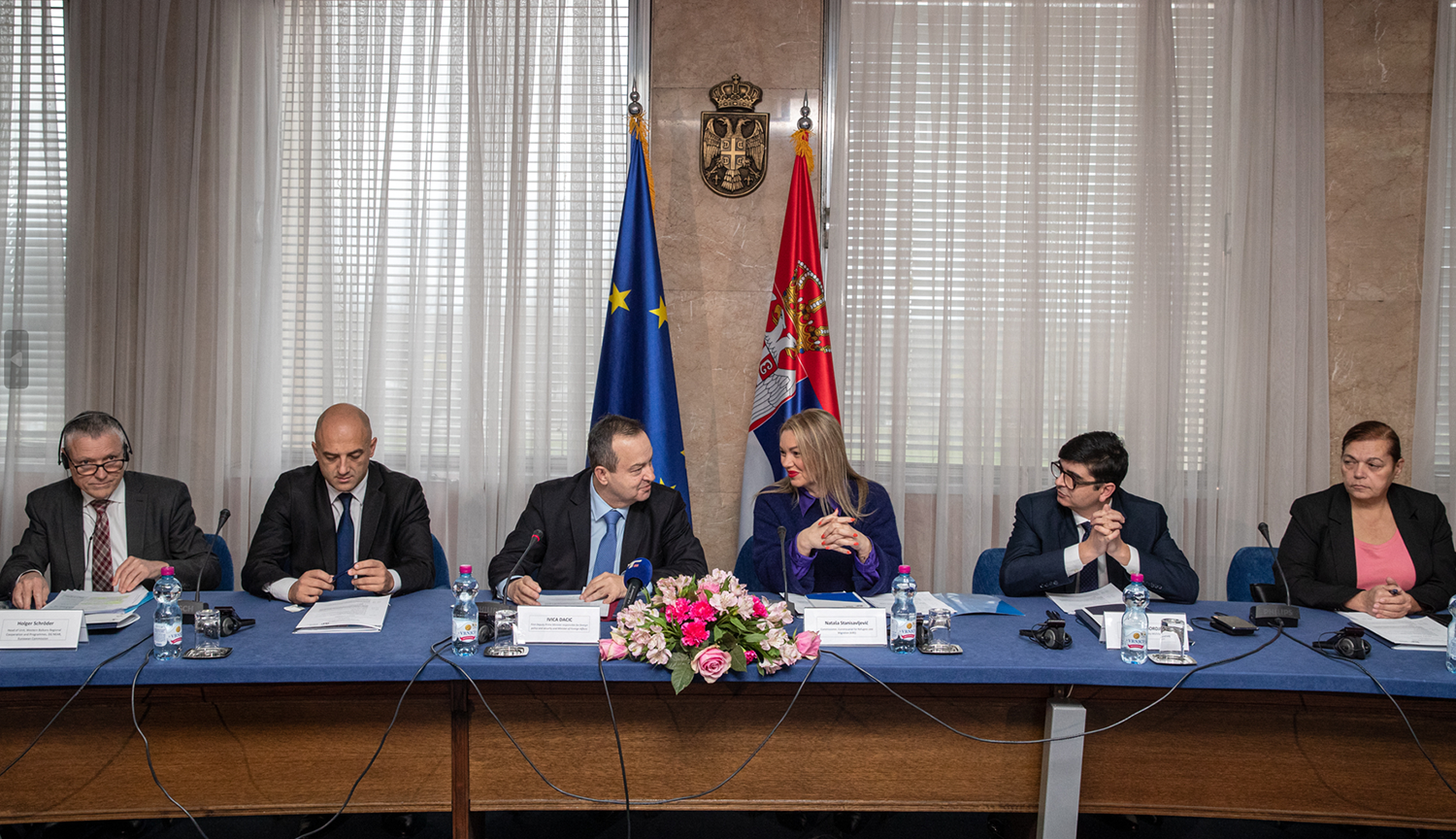 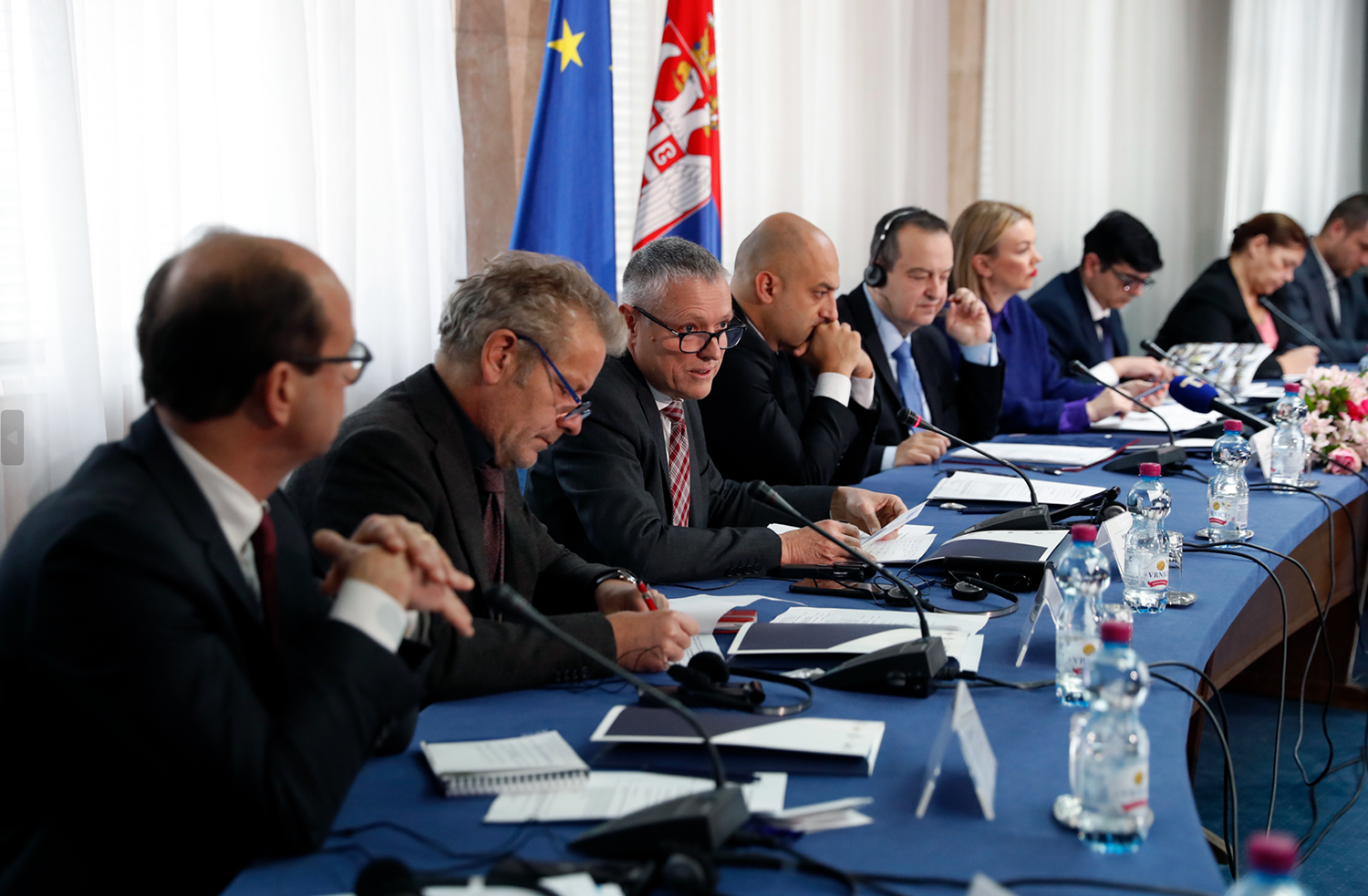