The Regional Housing Programme is a joint initiative by Bosnia and Herzegovina, Croatia, Montenegro and Serbia. The aim of the RHP is to contribute to the resolution of the protracted displacement situation of the most vulnerable refugees and displaced persons following the 1991-1995 conflicts on the territory of former Yugoslavia, including internally displaced persons in Montenegro from 1999.

As per the Joint Declaration, the RHP originally aimed to benefit close to 74 000 people or 27 000 households and its cost was estimated to be approximately EUR 584 million. 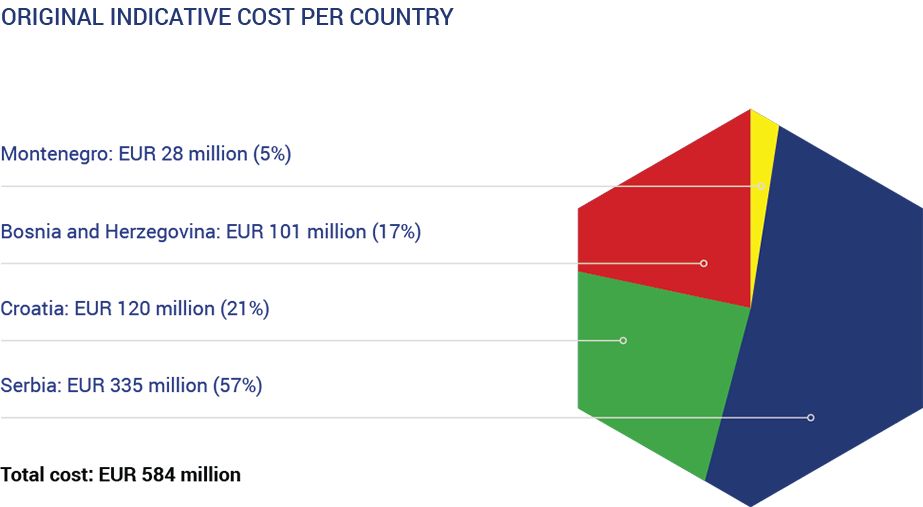 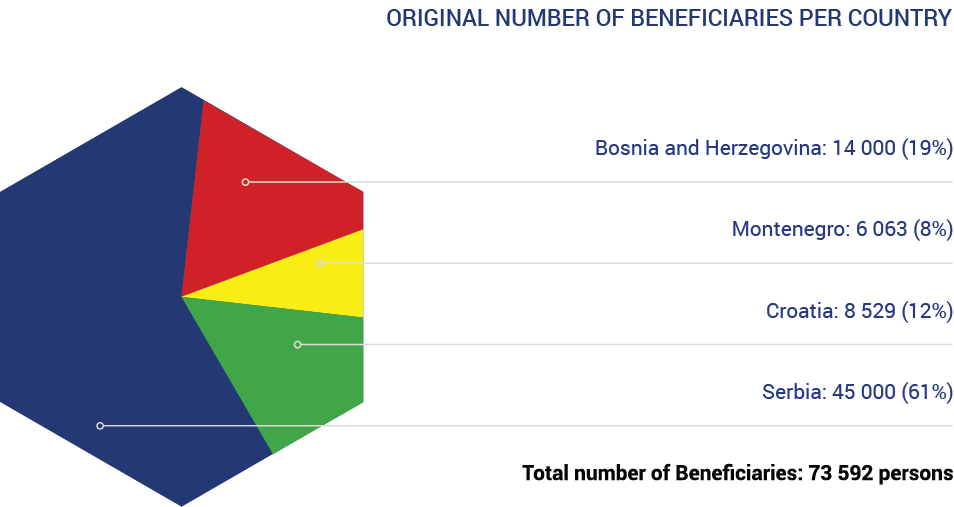 Based on the current pledges of the international donor community which have allowed the approval of 31 sub-projects, the RHP should, by end-2023, provide a durable housing solution to 11 400 most vulnerable families or over 34 000 persons in the four Partner Countries.

The total cost of these projects is EUR 291 million, out of which EUR 237 million (82%) will be financed by the RHP Donors and the rest, EUR 54 million (18%) by the national contribution of the Partner Countries.

RHP is an integral part of the “Sarajevo Process on refugees and displaced persons” initiated in 2005 at the Regional Ministerial Conference on Refugee Returns. The process was re-launched in March 2010 at the Belgrade conference, and the Partner Countries re-committed themselves under the November 2011 Belgrade Declaration (so-called “Joint Declaration”) to contribute towards resolving the protracted displacement situation of the most vulnerable beneficiaries.

Strong Endorsement by the International Community

The regional initiative, as part of the overall Sarajevo process, is endorsed by the international community, including the European Union represented by the European Commission, the United States of America, the Council of Europe Development Bank (“CEB”), the United Nations High Commissioner for Refugees (“UNHCR") and the Organization for Security and Cooperation in Europe (“OSCE”1).

1 All references to OSCE are understood to be in line with its country specific mandates and within existing capacities.

To raise funds for the RHP, an international Donors’ Conference was held in Sarajevo, Bosnia and Herzegovina on 24 April 2012. During this conference, the European Commission, the USA, Germany, Italy, Norway, Switzerland, Denmark, Türkiye, Luxembourg, Cyprus, Romania, the Slovak Republic, the Czech Republic, Hungary and the former United Nations High Commissioner for Refugees, Ms Sadako Ogata, pledged contributions for the RHP.

On this occasion, the international community pledged EUR 261 million in support of the Regional Housing Programme, of which EUR 230 million were pledged by the European Commission and EUR 31 million by other Donors.

Donors' Conference held on 24 April 2012 in Sarajevo, Bosnia and Herzegovina